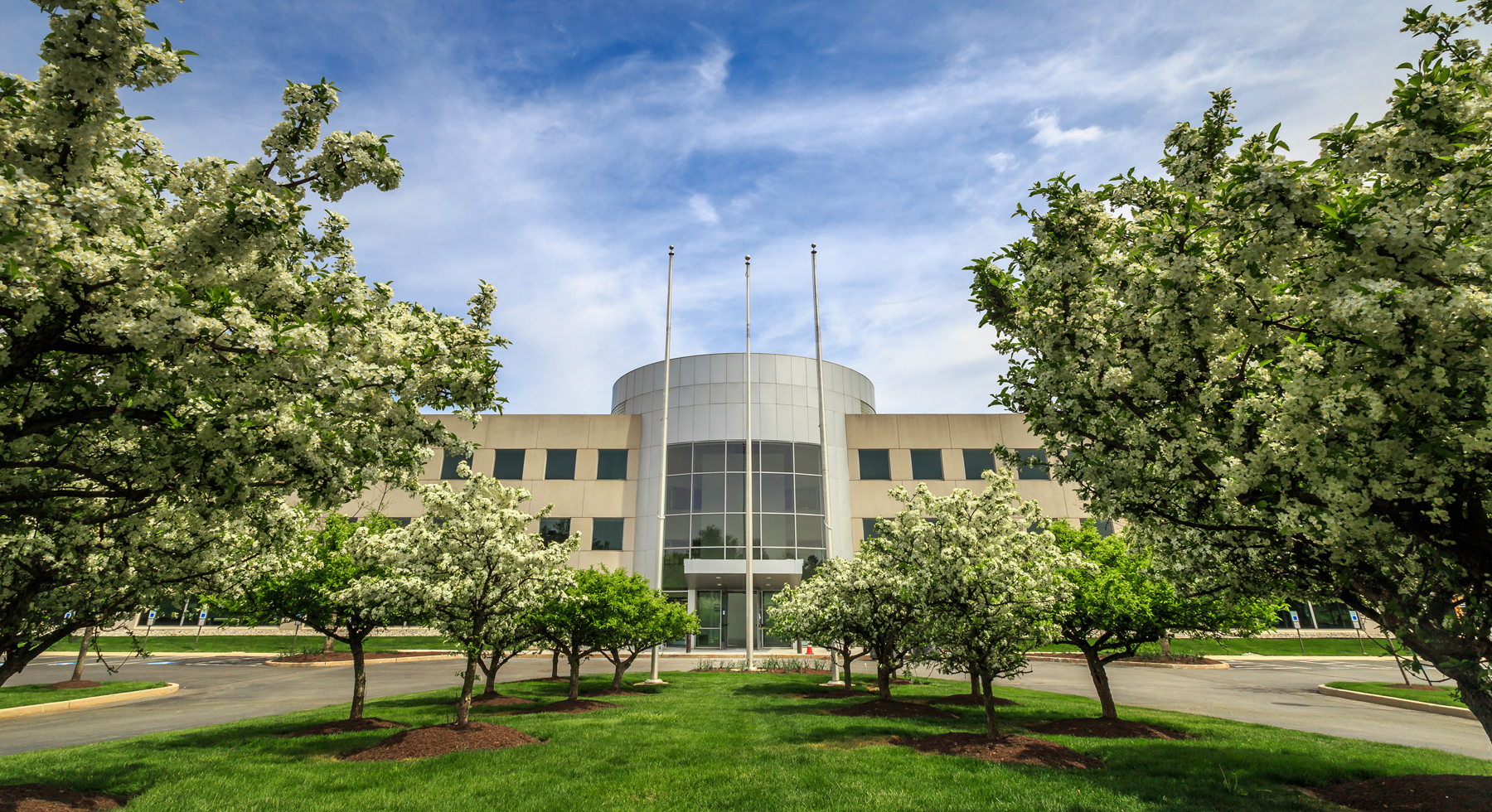 Eastern Consolidated has arranged the sale of a three-lot land assemblage in the Rockefeller Center area for $47 million, a rare
$522 per buildable square foot for the submarket.
HID Acquisition Group, LLC affiliated with Hidrock Realty Inc., acquired the assemblage from East 47th Street LLC (City Centre Properties).
The assemblage consists of three 25-foot-wide lots: 12 East 48th Street; 14 East 48th Street; and 13 East 47th Street. The lots all include existing office buildings, which were delivered vacant and will be demolished.
In total the assemblage allows for 75,300 residential buildable square feet as of right, and a total buildable residential envelope of approximately 90,000 s/f.
HID Acquisition plans to raze the existing structures and develop a new residential tower of approximately 31 stories on the 50-foot wide entrance on East 48th street.
The project will include a mix of studio-, one- and two-bedroom apartments, and amenities, specifically targeting the international pied-a-terre market.
The seller’s original concept for the assemblage was for a limited service hotel. But as market conditions deteriorated in 2009, this site fell into financial trouble.
A workout between the seller and its lender lasted for several years, with Eastern finally able to undertake a quiet and focused marketing campaign among residential and hospitality developers. The residential developers proved to be more aggressive and pushed the final price well above $500 per square foot.
“We undertook a focused marketing process at the behest of the seller and ultimately identified a developer with excellent qualifications and the right vision for the property,” said R. Stuart Gross, executive managing director and principal with Eastern Consolidated, who represented both the buyer and seller.
Eastern Consolidated Financial Services Director Chris Matousek, who assisted with the sale, also noted that the land assemblage sits in a challenging zoning district, and demanded a creative floor plate all the way to the penthouse. “Reconciling this issue helped unlock the transaction,” he said.
Morris Missry, Esq. of Wachtel Missry LLP, was the attorney for the buyer in the new land assemblage transaction. Peter G. Koffler, Esq., of Venable LLP, was the attorney for the seller.

“This transaction occurred before the availability was formally announced,” said Merin. “This sale is clear evidence of the level of demand by investors for class A properties occupied by high-credit, long-term tenants. Credit as well goes to Ivy Realty for their vision for this outstanding property and execution of the transaction.”
The three-story office building is fully occupied by pharmaceutical giant Sandoz, which recently signed a 12-year lease for its U.S. headquarters, in a transaction also arranged by Cushman & Wakefield.
100 College Road West was constructed in 2000 as the U.S. headquarters for Novo Nordisk, which subsequently expanded and relocated within the Princeton submarket.
The building is currently undergoing upgrades that include a renovated lobby, cafeteria, new meeting rooms, office space fit-outs, and improvements to achieve LEED Silver certification.

A development site at 4 and 6 West 37th Street, between Fifth and Sixth Avenues in Midtown, was sold for $20 million, or $429 psf.
The site consists of two adjacent six-story commercial loft buildings and zoning allows for hotel use.
Massey Knakal’s John F. Ciraulo exclusively represented the seller with Jeffrey Shalom. David Schechtman, a principal at Eastern

Consolidated, and associate director Steven Zimmerman, represented the buyer, a private New York- and Texas-based hotel developer.
“This prime opportunity at the epicenter of Midtown Manhattan is an extremely rare find in this undersupplied market,” Schechtman said.
“The new owner is well-positioned for a new ground-up development in the heavily trafficked corridor right between Penn Station and Grand Central.”
Added Ciraulo, “The … sale price of $429 per buildable square foot, demonstrates the continued confidence the hospitality sector has in the Garment District’s expanding hotel market.”

Rugby Realty Co. Inc. has acquired 300 Lighting Way, a Class A office building in Secaucus, NJ, from Hartz Mountain Industries. Financial terms were undisclosed.
The seven-story, 303,000 s/f property is near the intersection of the New Jersey Turnpike/I-95 and Route 3, between Mill Creek Mall and the Harmon Meadow mixed-use development.
The new owner plans improvements including a renovated lobby and the creation of a new fitness center, café and conference center.
“Many Manhattan companies are searching for a more affordable alternative to New York City for their back-of-office operations, and New Jersey is offering attractive incentives that will help to capture those jobs,” said Maurice Ades, Rugby Realty’s principal and managing director.
“We recognized 300 Lighting Way as one of the best options available to fill those requirements, and that’s a focus in our leasing program.”
Roughly half of the building, or 156,000 s/f on three contiguous floors, is available for lease.
The purchase marks Rugby Realty’s second office acquisition in New Jersey and is part of an ongoing effort to grow its portfolio in the New York region. In December 2013, it bought City View Corporate Center in Lyndhurst, NJ and it also owns an industrial site in nearby Teterboro, NJ.

Victor Sozio, vice president of Ariel, said the sale presented a unique opportunity for both buyer and seller.
“The seller was able to generate a significant return for investors in less than two years, while the buyer can look forward to significant rental upside on two continually strengthening retail corridors,” he said.
Adam Mermelstein, principal of Treetop Development, commented, “With the sale of these properties, we’ve now sold more than 200 units in 14 buildings in the Upper West Side in the past three months. This investment strategy has us well positioned to pursue several new acquisition opportunities in this market in the second half of 2014.”

New York-based AWH Partners announced the all-cash acquisition, renovation and conversion of the former Hotel Melia in Atlanta.
The 501-room hotel has been converted to the Crowne Plaza brand and will undergo a total renovation, ultimately creating a 360-room Crowne Plaza hotel.
By January of 2016, AWH Partners and IHG will also open within the same building a 102-room Staybridge Suites hotel.
The hotels are operated by Spire Hospitality under a franchise agreement with InterContinental Hotels Group.
“AWH Partners continues to seek out and find hotel acquisitions in strong markets requiring substantial redevelopment and repositioning,” said Chad Cooley, principal of AWH Partners.

GTJ REIT (GTJ), a public non-traded real estate investment trust based in West Hempstead, NY, has acquired a parking lot at 28-20 Borden Avenue, Long Island City, Queens, NY.
The facility is currently occupied by FedEx Ground. Terms of the transaction were not disclosed.
The 84,000 s/f lot provides off-site parking for a 143,000 s/f distribution facility built for FedEx on an adjacent property.
The initial term for the current lease expires on December 31, 2027. FedEx Ground has two ten year extension options along with a third option for five years.
The deal is the third for GTJ since its merger with the former Wu/Lighthouse Partners in January, 2013. In April, GTJ bought an industrial property leased and occupied by Ford Motor Companyin Windsor Locks, CT, and 20 East Halsey Street in Parsippany, NJ.
Paul Cooper, CEO of GTJ, commented, “There are significant barriers to entry for developing large-scale distribution centers proximate to Manhattan and we are optimistic that we will have FedEx as a long-term tenant in a key Northeast location.”

Winthrop Realty Trust has sold the office property at 1759 Wehrle Drive, Williamsville, NY, for $24.5 million.
The property — which was purchased by an unaffiliated third party — leased to global technology company, Ingram Micro.
Winthrop will realize net proceeds, after costs and closing adjustments and the expected release of amounts escrowed in connection with the sale, of $23.7 million.

Preserving the past must be balanced with building for future