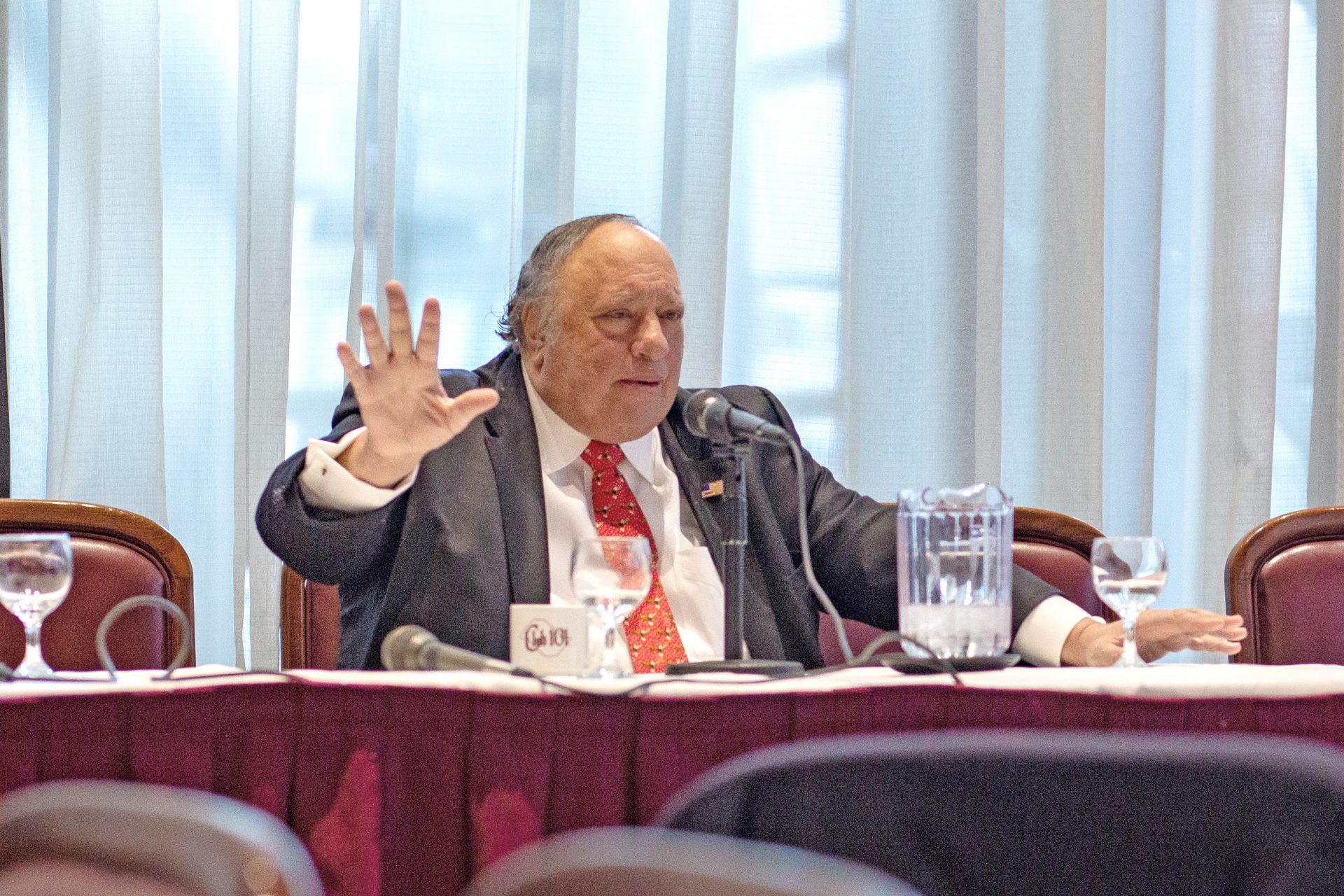 Business as usual as Catsimatidis puts politics in the mix

At 70-years-old, John Catsimatidis – billionaire, businessman, former mayoral candidate, and now, a radio talk-show host – has done it all, and despite his long list of enterprises, he’s seemingly in no danger of running out of new ideas, or for that matter, commentary therein.

Before a room full of real estate and finance professionals at an NYC Real Estate Forum hosted by accounting and advisory firm Friedman LLP on Nov. 29, Catsimatidis – who rose to prominence through the success of his grocery chain, Gristedes Foods – sounded off on a range of topics. Among them, the efficacy of an increasing minimum wage, or more specifically in his opinion, the lack thereof.

“Horrific,” he said of New York State’s minimum wage legislation, which will raise to $15 at the end of the year. “Young kids living at home – 16-years-old, 17-years-old – the minimum wage should be a lot less… [the raise] cost Gristedes, it cost [grocery chain] D’Agostino’s two percent of sales.”

That proposal to qualify minimum wage raise based on age, he told the audience, was one that he floated to former Majority Leader of the New York State Senate, Dean Skelos, a Republican, before, as Catsimatidis puts it, he “got in trouble.” Skelos and his son Adam were convicted on federal corruption charges in 2015, including felony bribery, fraud, conspiracy, and extortion.

While some CEO’s and developers might shy away from the more overt political statements, Catsimatidis – chairman of Red Apple Group, a real estate company that boasts $5.2 billion in revenue according to Forbes – tends to not only embrace them, but broach them by his own volition.

In fielding a question about his business interests in Florida – Red Apple Group, Catsimatidis’ real estate company, is deciding what to develop on a two-acre plot of land in St. Petersburg – he praised the electorate’s decision not to vote for progressive candidate for Governor, Andrew Gillum, a Democrat, extolled the importance of big business, and even segued to his own opinions on President Donald Trump, a Republican.

“Both the Republicans and the Democrats hate Donald Trump,” said Catsimatidis. “But you want to know something? He’s on our side; he’s on America’s side.”

Even on Coney Island, where Catsimatidis’ Red Apple Group is nearing the completion of two luxury waterfront rental towers that plan to offer market rate apartments starting at $60 per s/f, his plans stray beyond real estate and take on a more grandiose bend.

“We’re eight blocks away from the subway, so what we’re going to have is trolley cars – Coney Island trolley cars – that take you to two places: the subway and Nathan’s [Hot Dogs],” he said with a laugh. “It’s going to cost a nickel, and if you don’t have the nickel, we’ll trust you. It’ll be just like San Francisco, except it’s not going to be electric trolleys.”

To some, hawking high-end Coney Island real estate might seem like a risky venture, but Catsimatidis approaches the project with a mixture of acumen and braggadocio.

“New Yorkers in Brooklyn and Queens have been very, very, successful. We only have 425 apartments. I believe we’re going to sell out faster than anyone thinks,” he said. “Once you see these apartments; once you see that view; once you open up those ocean doors… and you breath in that ocean air, you say ‘wow, I want to live here.’ So I see no problem.”

Like any one of his ventures, Catsimatidis’ project in Coney Island seems to fade into the spectrum of his myriad interests, both business-related and otherwise.

Campaigning for public office is yet another checkmark on his bucket list and an aspiration noticeably present when he talks about his home-city.

“When I ran for mayor… I proposed… a system to connect Staten Island to the MTA system of the rest of the five boroughs, and the way I was going to do it is have a high-speed, or low-speed, or whatever speed [rail] on the sides of the Verrazano Bridge…I think word ‘subways’ is not going to exist anymore,” he said adding that the next mayor of the city will need a bold vision to bring New York City into the future.

When it comes to his own vision, Catsimatidis, who ran and lost for New York City mayor in 2013, said he sees private enterprise somewhere at the center. “We live in a capitalist country,” he said. “I’m pro-business, but I’m pro-people too, but people have to realize that business people have to do well to create the jobs for the middle class to do well. It’s very important”