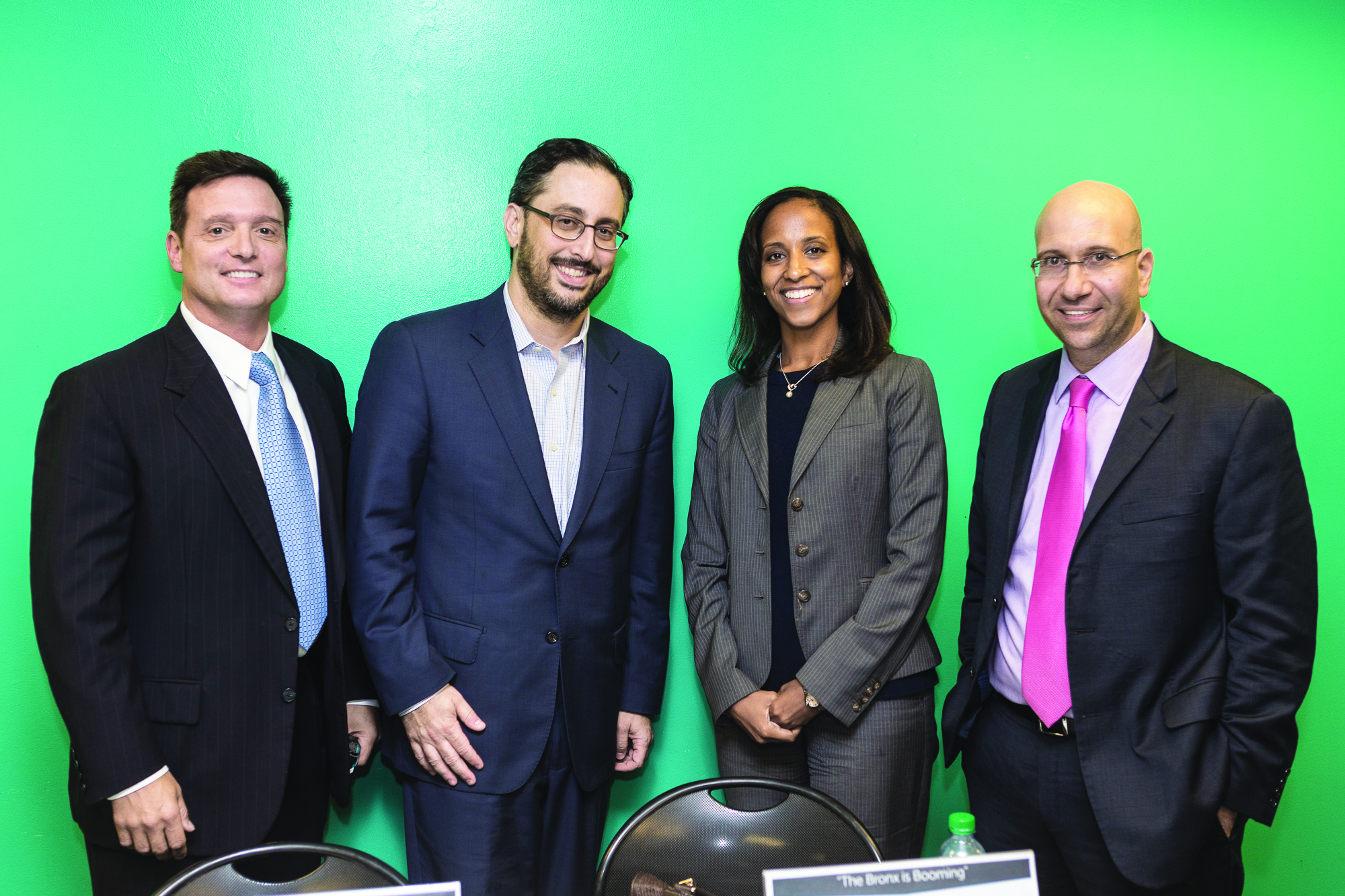 Robust job growth, new retail and residential projects, and pro-business local officials are among the reasons investors are finding the Bronx an attractive place for their investment dollars.

During a panel discussion at the Manhattan North Association of Realtors’ 13th Annual Trade Show, moderator Shimon Shkury, president of Ariel Property Advisors, said $1.15 billion was spent on investment property in the Bronx in the first half of the year, and the borough is expected to end the year with sales exceeding $2 billion.


Of the deals in the borough, the multifamily asset class has dominated investment sales and institutional investors have entered the market as new players, Shkury said during a panel featuring industry leaders who are investing in the Bronx.

Robert Frost, managing member of Signature Urban Properties and president of Signature Partners;
Seble Tareke-Williams, managing director of Emmes Asset Management Company; and Mark Stagg, president & founder of the Stagg Group, noted that investors are attracted to the Bronx because they are finding higher returns relative to the rest of New York City, but prices are rising.

Average cap rates at mid-year were around 6.6 percent, but in some deals cap rates have fallen below six percent and sometimes below five percent.

Shkury highlighted 14 major developments in the Bronx that have been completed or are in the development stage, and observed that, if the four proposed Metro North stations are approved it will open up the eastern section of the Bronx to jobs and development.

He also recognized that the zoning changes approved by the city are already spurring many new developments.

A 2011 zoning change from manufacturing to residential in the Crotona Park East/West Farms section of the Bronx is enabling Signature Urban Properties to develop 10 residential buildings with 1,300 affordable units, Frost said.

Two of the buildings with 237 units are currently under construction and should be online by the end of 2015.

The firm is hoping to break ground on two additional buildings in June of 2015 and another building at the end of 2015, which will leave five more buildings to build.

“We’re bullish on the Bronx because we like to invest in places where we can make money and part of what we like about the Bronx is we feel we can,” Frost said.

“There is a huge amount of infrastructure here that doesn’t exist in other places. The subways are already here, the parks are already here… and there are some real institutions in the Bronx that help support it such as Montefiore Medical Center and Albert Einstein College of Medicine, the Zoo, Fordham, and the Botanical Garden.”

The developer said the changes in the Bronx are helping turn the area into a tourist destination, noting that the Opera House Hotel on 149th Street is 100 percent occupied.

Frost said that his firm is planning to build a Hampton Inn near Yankee Stadium. New projects like the planned re-development of the Bronx Post Office also have the potential to attract tourists. In the last 12 years, the Stagg Group has built 2,500 units of housing and currently has six projects with 600 units under construction in the Bronx.

Mark Stagg said his firm sees “great opportunity and great values in the Bronx after what’s happened in the last few years.”

Seble Williams said that Emmes began investing in properties in the Bronx in the 1990s as part of a 100-plus distressed portfolio across all boroughs.

“So we recognize the unrealized value of the outer boroughs.”

The properties, which are 86
percent occupied with a mix of national retailers and small, local businesses, were considered a “core plus play.”

Williams said her firm sees opportunity in the Bronx because there is a $9 billion demand annually for retail in the borough, but a third of the market isn’t being served.

As a result, the borough is experiencing “retail leakage,” meaning that residents are spending their dollars in other boroughs and in other states instead of the Bronx.
She said she also sees value on the Bronx waterfront.

PB tapped to design next phase of new Hudson Park