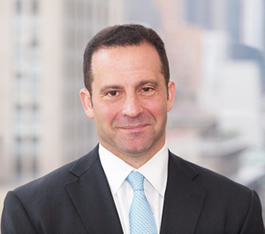 US Quantitative Easing is done: Who’s next?

The Federal Reserve announced the end of its quantitative easing (QE) and the U.S. stock markets rallied to record highs as October came to an end. The end of QE was expected to represent a risk to the markets, but it came to a close without much impact.

Volatility during the month of October was extreme and the S&P came close to a correction, but the combination of corporate earnings which substantially exceeded investors’ expectations and a GDP report that showed the economy grew at a 3.5% pace last quarter put many concerns to rest.

But what about the concerns driven by the global economies and slowdown in China, doldrums in Japan and the stagnation in Europe? Those were suspended when the Bank of Japan announced it would increase its bond and asset purchases. Add to that the signaling by the European Central Bank (ECB) that it too will do what it can to help boost the region’s economy, including keeping interest rates low and its own quantitative easing, and equity investors rejoiced.

We’ve got a market that is addicted to the stimulus of central banks so when one stops, others jumped at taking a page out of the Fed’s recovery playbook—low interest rates and quantitative easing.

You can’t blame the Bank of Japan or the ECB, which will announce a rate decision this week, for contemplating, if not taking these actions. Asset bubbles aren’t high on the list of priorities of central banks. Economic growth and improvement in the employment picture, with an emphasis on increased wages, are what they are primarily thinking about.

So the global money printing will continue and interest rates will remain low. What could possibly go wrong with this picture?

Steamfitter is a local hero