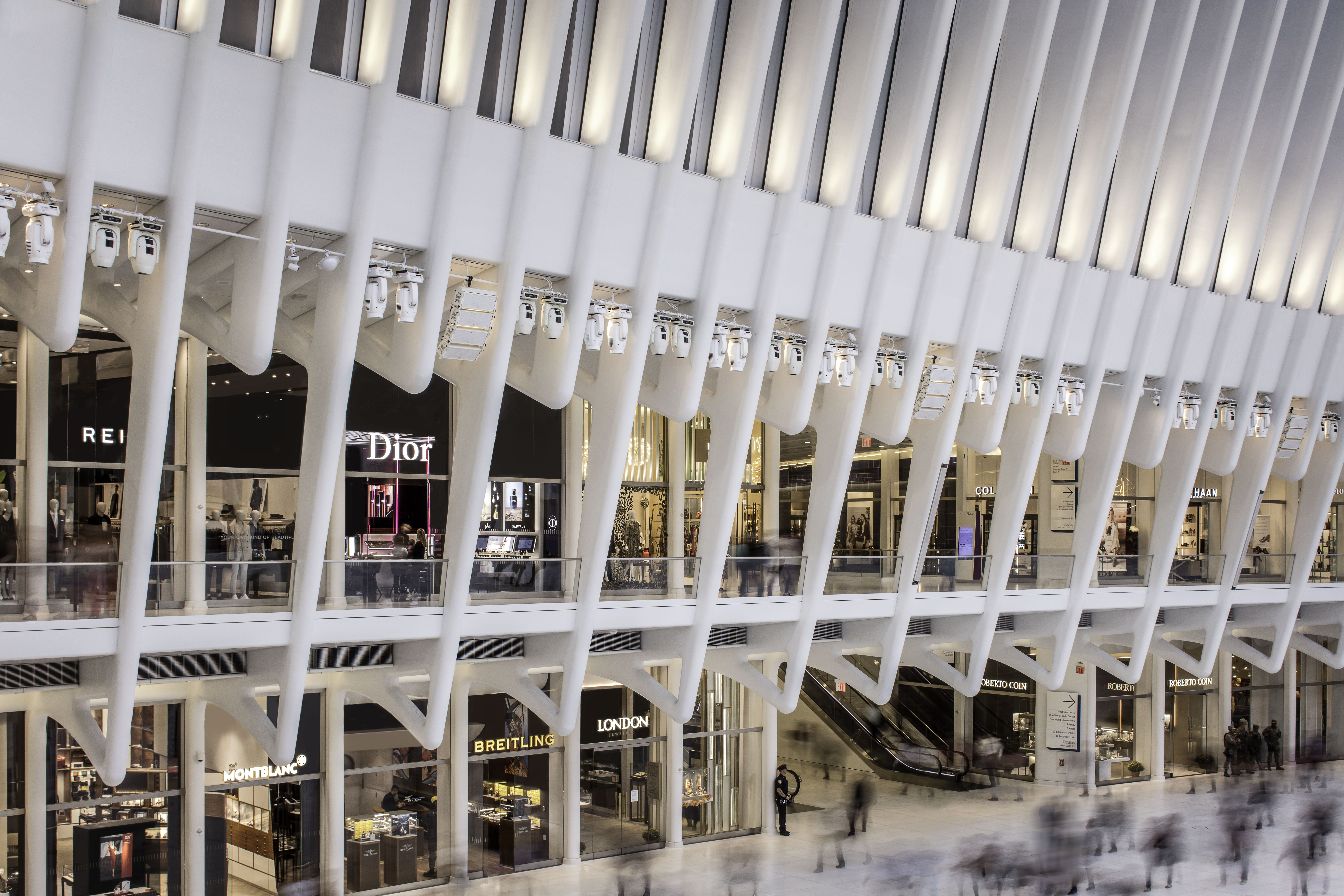 It’s been nearly two years since Westfield’s World Trade Center mall debuted to high expectations, but brokers say prospective tenants are wary of setting up shop in one of the biggest malls in Manhattan.

“It made a lot of sense and everyone thought it was a home run,” said Alan Napack a senior director with Cushman & Wakefield of the 365,000 s/f mall located within the transportation hub running underneath the striking Santiago Calatrava-designed Oculus. “But the reality was less than the expectations.”

Napack said the beautiful design attracts a lot of people walking through, but the design wasn’t “configured right for retail” given its wide spaces between retailers.

The World Trade Center mall reopened in August 2016, 15 years after 9/11 destroyed the first iteration of the mall.

The $1.5 billion development connects 11 different subway lines with the Occulus a popular photo-op for tourists. Currently, the mall has more than 100 retailers that include clothing, restaurants, health and tech brands.

While the neighborhood has 60,000 residents and sees 300,000 daily commuters pass by, brokers say one of the major issues is there aren’t enough shoppers going into the mall’s stores.

According to Richard Hodos, CBRE’s vice chairman of the New York Tri-State region retail services team, people may pass by the World Trade Center mall, but they don’t often stop to visit the shops.

“One issue is that they don’t have enough people entering the apparel, shoe or accessory stores,” Hodos said.  “People are passing through. They may be tourists who just visited the 9/11 museum, or they are office people who are in a rush to get to their destination — whether it’s to catch a train or get to their workplace.”

Hodos, who was involved in getting London Jewelers, Roberto Coin, Victoria’s Secret and others into the mall, added that Westfield inherited the layout from the property owner, the Port Authority of New York and New Jersey, and its architect, Santiago Calatrava.

“The design is confusing to a customer who hasn’t been there before,” Hodos added. “And to a commuter, the easiest and quickest route is to cut straight through the middle and not get anywhere near the shops.”

Hodos noted that certain retailers are doing well, including quick-stop food chains like Starbucks and Joe & The Juice. He said that stores like Sugarfina or the mall’s many watch retailers are attracting the tourists who look for gifts and high-end purchases. But clothing retailers weren’t having as much luck given the design, he said.

“The World Trade Center is a transportation hub and most successful retailers there are ‘grab-and-go,’ Hodos said. “Some of the apparel, shoe or accessory stores — where people have to spend time to contemplate a purchase — are challenged. Others are improving as the center hits its stride.”

Napack said that there’s not much vacancy currently, but suggested the mall owners need to figure out how to attract customers and drive more business to their tenants.

“Having the challenge of the configuration of the center makes it hard for retailers to hit the numbers to cover the rents,” Napack said.

“For the long term, I hope it’s successful and the volumes do better. The key is to get people to come and stay, they just got to figure out how to capture them.”

Representatives for Westfield did not respond to inquiries by press time.