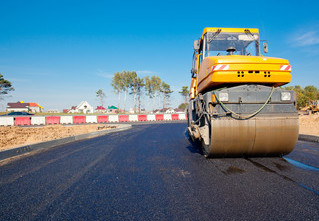 By Rachel Antman
NYC’s real estate market is healthy, and it should continue to thrive unless failing infrastructure obstructs progress.

That was the general consensus among panelists at a forum presented by CollabNet and Real Estate Weekly that took place at Morgan Stanley.

Emden set the stage by bringing up the recent decline in sales volume nationwide, noting that the decline is especially pronounced in New York City, where there has been a year-over-year decline.  He attributed the latter to “a lack of available core and trophy assets for sale.” Other market characteristics covered in the ensuing discussion, however, were more positive: Foreign Investment Remains Strong

Traditional players, such as Canadian and German companies, are well represented, according to Harcourt.  And even though capital restrictions are reducing the flow of capital from China, other players are stepping in. There is a “steady drumbeat of both interest and investment” from Japan and Korea, she reported.

The pace of foreign investment may seem slower than in the past, but this may stem from the more careful approach employed by a new generation of investors, in contrast to the approach of predecessors.

The newer investors, said Pinsky, “recognize that New York is a very idiosyncratic market, and it helps to have local market knowledge when you’re investing.”

Chinese investment in New York City is a “perfect illustration” of this strategy, noted Meyer.  Much of this investment initially focused on Flushing, where there is a large Chinese population and where Chinese investors felt culturally comfortable. But they eventually took on small projects in Manhattan, and today, Chinese companies are doing major projects in Manhattan.

The high levels of foreign investment led Emden to question whether overseas investors will again constitute the city’s largest landlord, as happened with Japanese investors in New York City in the 80s.

Meyer does not envision such a scenario. He explained that we can expect changes when the dollar goes up: “It’s a very dynamic market.”

Harcourt added that New York’s traditional families have benefited from foreign capital, and that there is no “competition.”
Furthermore, she noted a growth in non-traditional lending, which further diversifies the market and leads to “a healthier mix in the lending community.”

Asked about the retail market and how long will it take to reach the bottom, Weng advised that despite the challenges traditional retailers are facing, the situation is not as dire as some believe.

Demand for high street retail in core locations persists. “There is still opportunity, said Weng, pointing to Amazon’s bricks-and-mortar presence in Manhattan as reflecting a new kind of retail that is more experience-driven.

The reality, he concluded, will probably end up somewhere in the middle.
“The infrastructure in New York is in many ways incredible,” said Pinsky. “The way that we’ve been able to expand as a city and provide basic services to people in a relatively cost-effective and healthy environment is a marvel. That said, a lot of it is old and getting older.”
Substandard maintenance, he continued, has led to a situation where everything is breaking at once.  Transportation infrastructure is one of the areas of greatest concern.

In response to a question about ferries as a potential solution, Pinsky explained that expanding the ferry system is much less expensive than expanding the subway system, but that ferries entail a much higher subsidy per rider than subways do.

Nevertheless, Pinsky concluded that “ferries definitely have to be part of the answer.”

As for the public-private partnerships advocated by the Trump Administration, the execution is unclear, in Weng’s eyes. “We need to have the public and private sector work together to come up with a workable model for infrastructure,” she said.

Harcourt fears that without infrastructure improvements, it will be difficult to keep foreign capital coming in: “We’re just not going to be competitive.”

Such concerns qualified Pinsky’s otherwise positive assessment of the market: “Assuming everything stays the same in New York, there’s no reason to believe that New York won’t continue to prosper.