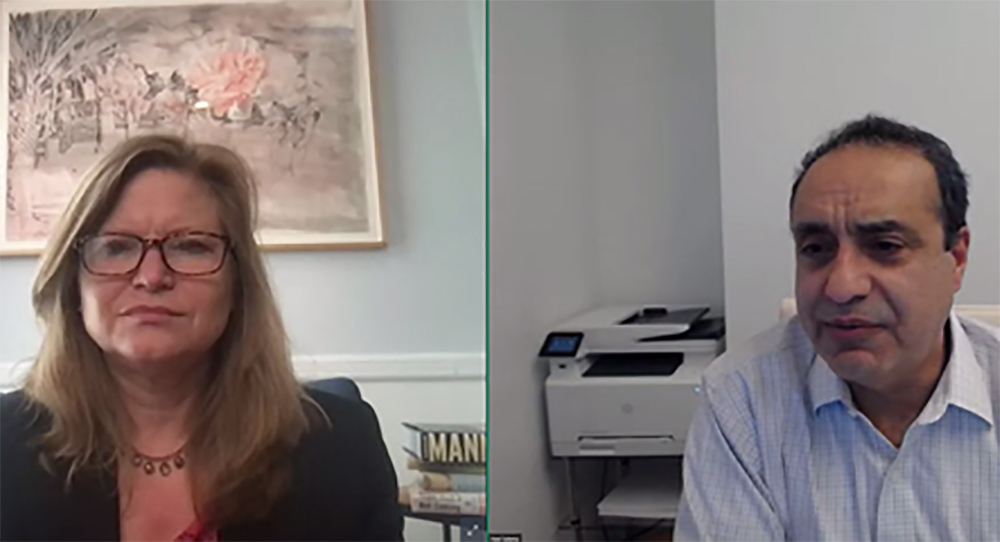 This webinar series is important because this is a major election year in New York City, with more than half of the City Council seats up for grabs due to term limits and several city-wide offices open for the same reason. Indeed, the results of the general election on November 2d could bring a sea of change in the governance and quality of life throughout the city.

Nothing will be as big as New York City electing a new mayor, as Mayor de Blasio’s second and final term comes to an end. The Democratic primary is set for June 22, and there are dozens of candidates who have announced their intention to win it.

Currently polling among the top five mayoral candidates, Garcia is running on her extensive record of managing very large projects for the City, including emergencies such as Superstorm Sandy when she was the Department of Environmental Protection’s Incident Commander. Most recently, she coordinated the delivery of 130 million meals to New Yorkers who were locked down in the COVID-19 pandemic, peaking with a one-million-meal distribution on a single day.

She also lightheartedly alluded to being responsible for the removal of “15 feet of snow during my tenure at the Department of Sanitation.”

In her brief introductory remarks, Garcia said that her main goals were to make New York “a more livable city,” and to prepare the city’s children for the future by giving them a quality education. She pledged to “treat residents as customers” who should expect the highest quality delivery of City services, and also should be considered as major drivers of economic recovery. “We need this economy to come back,” she said, linking the city’s recovery to residents’ support for small businesses, including “micro loans.”

To illustrate her point, Garcia cited that 50 percent of private sector employment in New York City is provided by small businesses. Another of her eye-opening facts was that, pre-COVID, “Forty percent of our food was eaten in restaurants.”

Just as important, Garcia stressed the need for safety in schools and the necessity of investing in “opportunities to prepare children for the critical thinking they will need.”

She said that the City government should align its interests with the Biden Administration’s recently announced commitment to infrastructure. She said that the U.S. is “making a big bet on infrastructure and sustainability.” She added, “(We should) start to de-carbonize our economy,” and make New York City, “more livable, greener and healthier.”

Another of Candidate Garcia’s main messages is: How to bring folks back into New York City in a safe way. Using colorful examples to prove her point, she cited anecdotes from, among others, an interstate truck driver who was never bothered by being delayed overnight while making deliveries in the city because he could take advantage of all the great things New York offered to visitors. She said, “New York City is an interesting place to be; it’s even a great place to get stuck in.”

Responding to questions from attendees at the webinar, Garcia also addressed the crisis of homelessness, which was exacerbated by the pandemic. She said, “People will not come to New York if they don’t feel safe,” emphasizing that “street homelessness is not the same as family homelessness.”

Garcia believed that the situation could be greatly improved by providing permanent housing for persons with underlying mental health or drug abuse issues. Meantime, she called for supportive housing as a gateway to jobs.

She also called for the need to eliminate “pop-up homeless groups and encampments,” which unfortunately could not receive the effective enforcement that was halted due to the pandemic crisis.

Asked about how she would compare herself with former mayors, Garcia said, “I’m my own person when it comes to governing,” and that she looked forward to her victory as “breaking a 400 year-old glass ceiling.” That said, she had kind words for former mayor Ed Koch as “the best New York City booster,” and Michael Bloomberg for his focus on data analytics in making policy and preparing for crises.

Asked how she was getting her name in front of voters in a very crowded pre-primary field, she said that she was encouraged by polls that reported, as of last week, that as many as 50% of voters were still undecided. That fact, plus her belief that, “Voters want someone with government experience. They don’t want to be sold a rose garden. They want someone who can make this a more livable city.”

Referring to her experience with supervising multiple people at the same time, she said that she was an expert on “interdependency” among teams and agencies, and that she would have a “very busy Day One” in office.

She added that getting people back into mass transportation, particularly on the subway system, would be a top priority. She said, “I took the subway yesterday and it was like a normal Sunday. Of course, it was Monday.”

In conclusion, Garcia said that the pandemic was proof that “there will be something in the next four years that we didn’t predict,” and that the city’s leader should have government experience in order to deal with it.

Whatever the future brings, she said that the real estate community would “be at the table” for policy decisions, citing, as an example, the need for bricks and mortar businesses and building owners to have a say in the proposed expansion of street vendor permits.