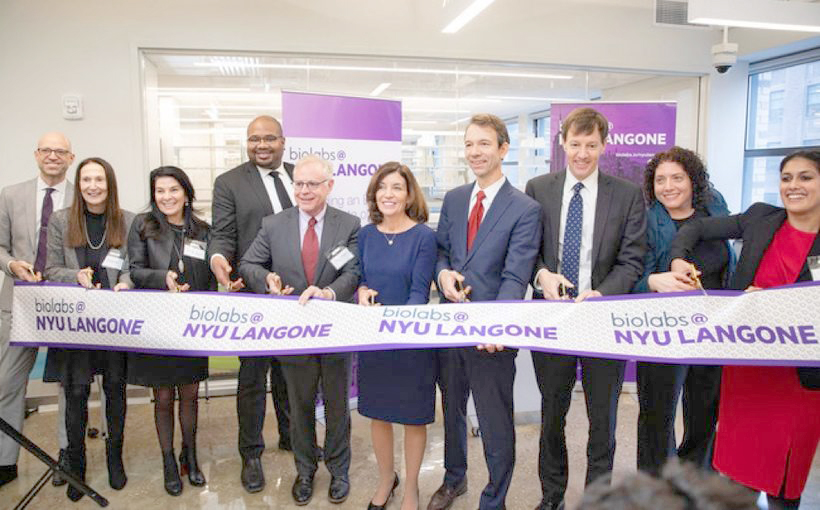 The largest biotechnology incubator of its kind in New York City has opened at 180 Varick Street in Hudson Square.

The co-working facility currently has 22 companies and is expected to house more than 40 early-stage biotechnology and life sciences companies, 160 scientists, business personnel and support staff, in 50,000 s/f of newly renovated and fully equipped laboratory and office space.

The BioLabs staff will provide educational programming and operational support, enabling startups to focus on science and innovation.

“It’s why we’re thrilled to be a founding sponsor for BioLabs @ NYULangone, which will serve as an invaluable space for startups and companies to innovate, grow and thrive. .”

The opening builds upon a series of recent LifeSci NYC announcements including a new partnership with Deerfield Management to redevelop a 12-story building located at 345 Park Avenue South into a life sciences campus and an expansion of the Alexandria Center for Life Sciences North Tower on Manhattan’s East Side offering a 550,000 s/f facility to commercial laboratory and office space for growth-stage life science companies.

NYCEDC also approved a $10 million fund to help NYC companies expand in NYC and launched an internship program to train the next generation of life sciences talent.