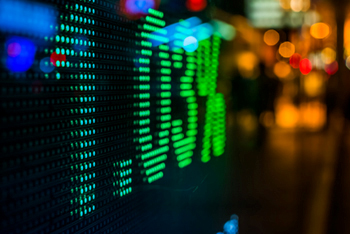 Apollo Global Management announced that co-founder Marc Rowan has assumed the role of CEO of Apollo.

The move is part of a planned succession process first announced in January 2021 that will also see SEC Chairman and Apollo’s Lead Independent Director Jay Clayton become Non-Executive Chairman of the Board of Directors.

Apollo Founder Leon Black said, “I am extremely pleased that we have filled out the two-thirds independent board with such highly-qualified, diverse individuals. In the last few months, not only did we announce a transformative merger with Athene, but also expect to report that our first quarter earnings will exceed analyst consensus in all relevant measures and that the first quarter fundraising is trending towards the high end of our $15-20b annual range.

“I thus view this as the ideal moment to step back and focus on my family, my wife Debra’s and my health issues, and my many other interests.”

Rowan said, “Leon has been a terrific partner and leader for over three decades and I am honored to take the reins. At Apollo, we have created a differentiated model and built the best team in the business to lead within an evolving, high-growth asset management industry. I am excited by the opportunities ahead and by our strategy to continue to deliver for our clients and investors.”

Apollo previously announced an intended expansion of its Board of Directors to 15 members, two-thirds of whom are independent. In addition to appointing Jay Clayton as Chairman, Richard Emerson and Dr. Kerry Murphy Healey, will join the board as independent directors.

Emerson has spent his entire career in investment banking and corporate finance. He currently serves as president of Pendral Capital and, before that, served with companies including Evercore Partners, Microsoft Corporation, Lazard , The Blackstone Group and Morgan Stanley.

Dr. Healey is the inaugural president of the Milken Center for Advancing the American Dream in Washington, DC. She served as the President of Babson College from 2013-2019 after serving as the 70th lieutenant governor of Massachusetts from 2003 to 2007.

Prior to her public service, Dr. Healey worked for more than a decade as a public policy consultant to the United States Department of Justice for Cambridge-based think tank Abt Associates.