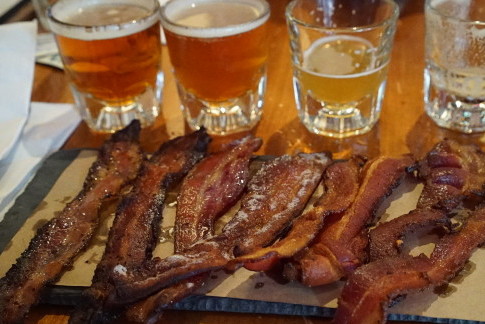 BarBacon, the Hell’s Kitchen eatery featuring a menu centered around artisanal bacon, plans to open a second location at 127 Fourth Avenue in the East Village.

BarBacon has a mission is to raise the standards of the public by introducing them to higher quality bacon and chef-driven bacon dishes.

Since its launch, it has been featured on a host of media outlets and will be featured on Travel Channel’s food paradise this year.

“Sherman has been successfully operating in Hell’s Kitchen for over four years where he’s created a cross between a ‘culinary haven and comfortable pub’ and has definitively become the established authority of bacon. We look forward to Sherman and his team taking this winning formula to the new Union Square location.”