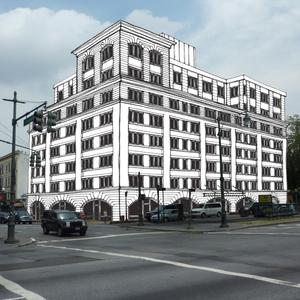 The CPEX New York Retail Leasing Team completed a lease with Capital One Bank at 341 Eastern Parkway in Brooklyn.

The property is a new mixed-use development with 63 residential units and 7,533s/f of ground floor retail space. Of that, Capital One will occupy approximately 3,000 s/f. The national bank is relocating from its current site on Washington Avenue.