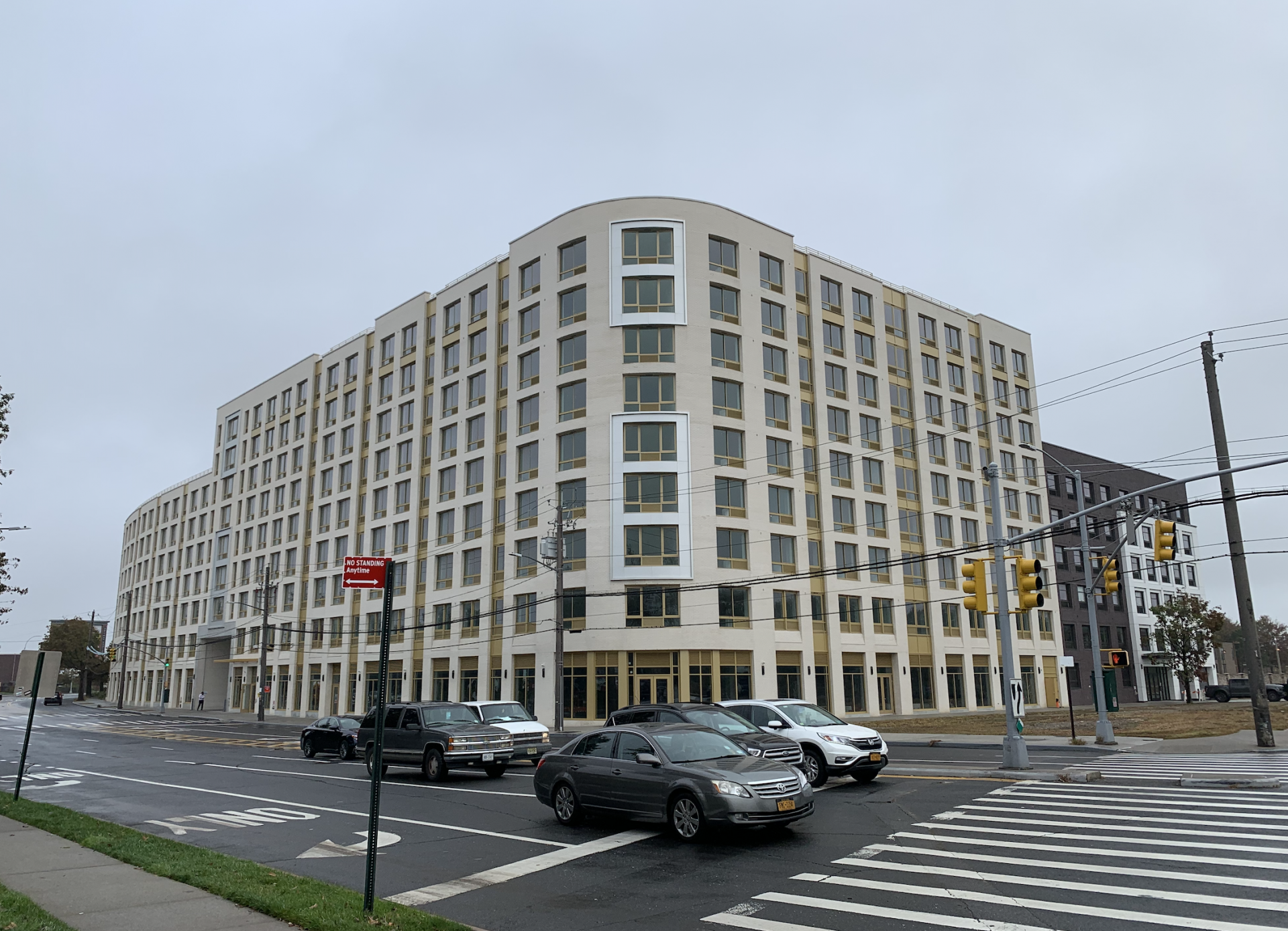 Developed in partnership with New York Empire State Development and Homes and Community Renewal, the first properties at The Fountains complex has 332 apartments for New Yorkers making up to 60 percent AMI.

The buildings include 94 units set aside for those living with disabilities in partnership with the Office for People with Developmental Disabilities and on-site service provider, Block Institute.

“During this unexplainably difficult time, people are just looking for a place to live and call home. The Arker Companies is grateful that the State and City worked with us on finalizing and opening The Fountains so we could begin moving families into this new development and help a few New Yorkers out,” said Alex Arker, Principal at Arker Companies.

“This is just the first two of six buildings, and we look forward to celebrating many more families moving in here over the coming months. Stable and affordable housing is so critical, especially during this hard time, but it is important to push for more affordable housing so every New Yorker can have a place to call home.”

“We have made an unprecedented commitment to address the lack of affordable housing in every corner of New York, but especially in Brooklyn, where the financial hardship caused by the COVID-19 pandemic has been severe,” Governor Cuomo said. “Our aggressive approach to building new developments like The Fountains will provide high-quality, energy-efficient homes and supportive services to those who need them most as we continue to come back from this crisis.”

The Fountains masterplan was first announced by Governor Cuomo in 2017. The development sits on just under seven acres of land and will ultimately include deep affordability as well as middle-income units and supportive services for seniors and residents with special needs and include commercial and retail space.

Of the total 1,163 residential units planned, 1,078 are slated to be affordable for those making up to 60 percent AMI.

Building one, 11629 Seaview Avenue, opened in April and was able to successfully move all residents in during the pandemic. The second building, 911 Erskine Street, began moving residents in June .

The final four buildings of The Fountains aim to open by the end of the year.  They are local at 881 Erskine Street, 702 Vandalia Avenue, 10 Schroeder’s Walk and 894 Fountain Avenue.