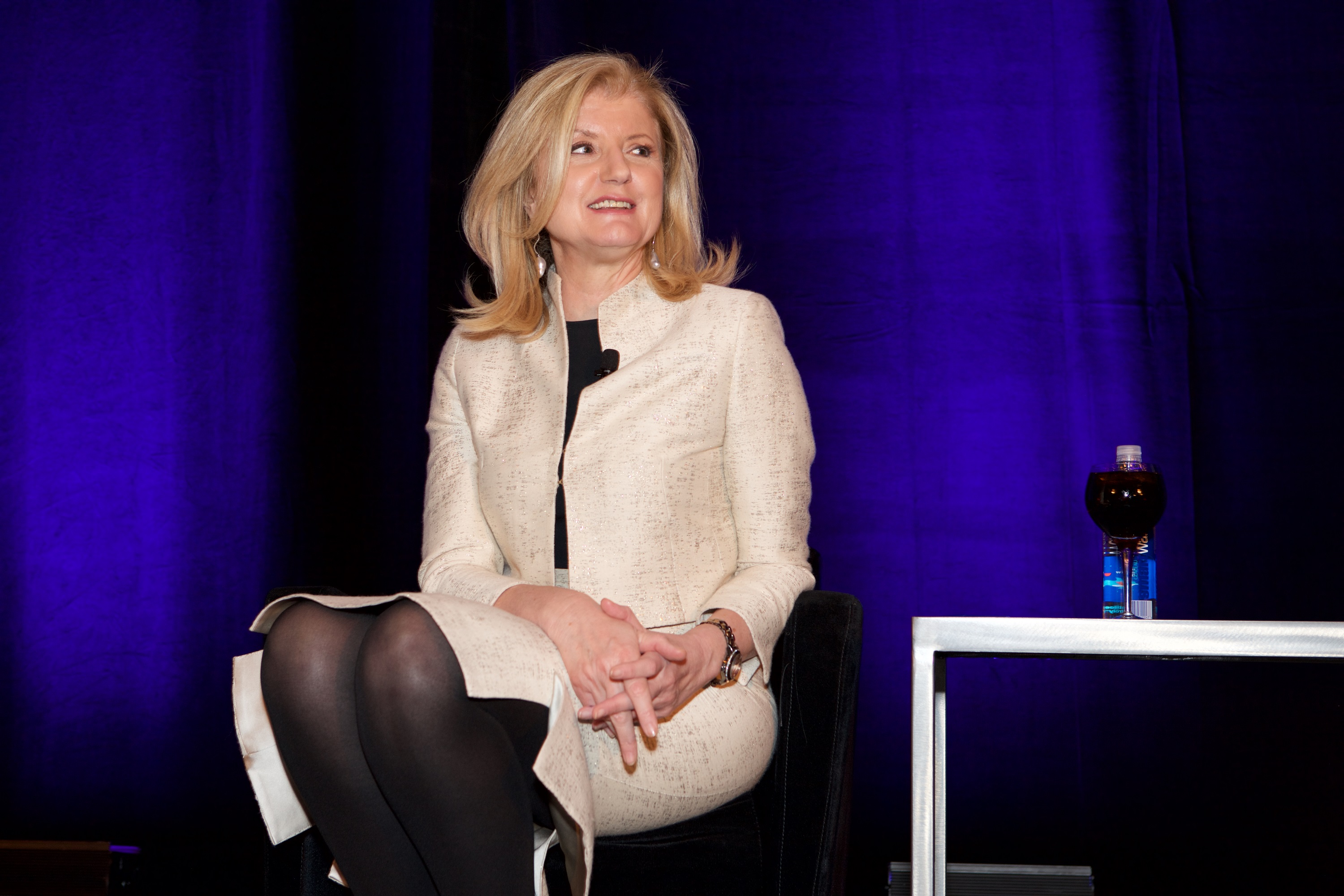 Arianna Huffington on learning to be okay with silence

Huffington, the chair, president and editor-in-chief of the Huffington Post Media Group, engaged with CoreNet members and commercial real estate professionals in a discussion focused on health and wellness in a work climate where people are continually putting themselves at risk of over-working.

Huffington demonstrated how the workplace can have a significant influence on employee productivity and success. Using her own offices as an example, Huffington added that many professionals may still be hesitant of accepting innovative ideas: “Nap rooms in the city that never sleeps? In the middle of a news room? There was a lot of skepticism.”

Huffington cited her own collapse in 2007 as her wake-up call that led her to reflect on the true meaning of “success” and a “good life.”

She began to question conventional wisdom: “We’ve been defining success by two metrics: money and power. But that’s like trying to sit on a two-legged stool. We need that third leg.”

Huffington explained that the “third leg” is creating a sustainable and happy life and it begins with keeping stress under control: “75 percent of all healthcare costs and problems are attributed to stress in some direct fashion, while only 25 percent are beyond our control.”

She attributes a reliance on technology and unhealthy work habits as major contributors of stress: “We are actually taking better care of our smartphones than we are of ourselves…technology promotes burnout…and multitasking makes us less effective.”

The solution, Huffington suggests, is meditation: “Very effective people meditate 2 times a day for 20 minutes – if this is a challenge, start small with 5 minutes and see the impact to your well-being.”

Huffington advocated for being aware of one’s health so as to avoid exhaustion and impairing judgment. She recounted: “Every hiring mistake I made was when I was tired,” adding “leadership is noticing the icebergs before they hit the Titanic, and it is harder to do in a tired state.”

Huffington warned against using “busy as a badge of honor,” reminding the audience that it is okay  to say “no” to work that you cannot do, stating “Learn to be okay with silence. No is a full sentence. Go be quiet.”

Instead, she suggested using the time to build connections with other people such as co-workers, family, friends and acquaintances, who may otherwise be taken for granted.