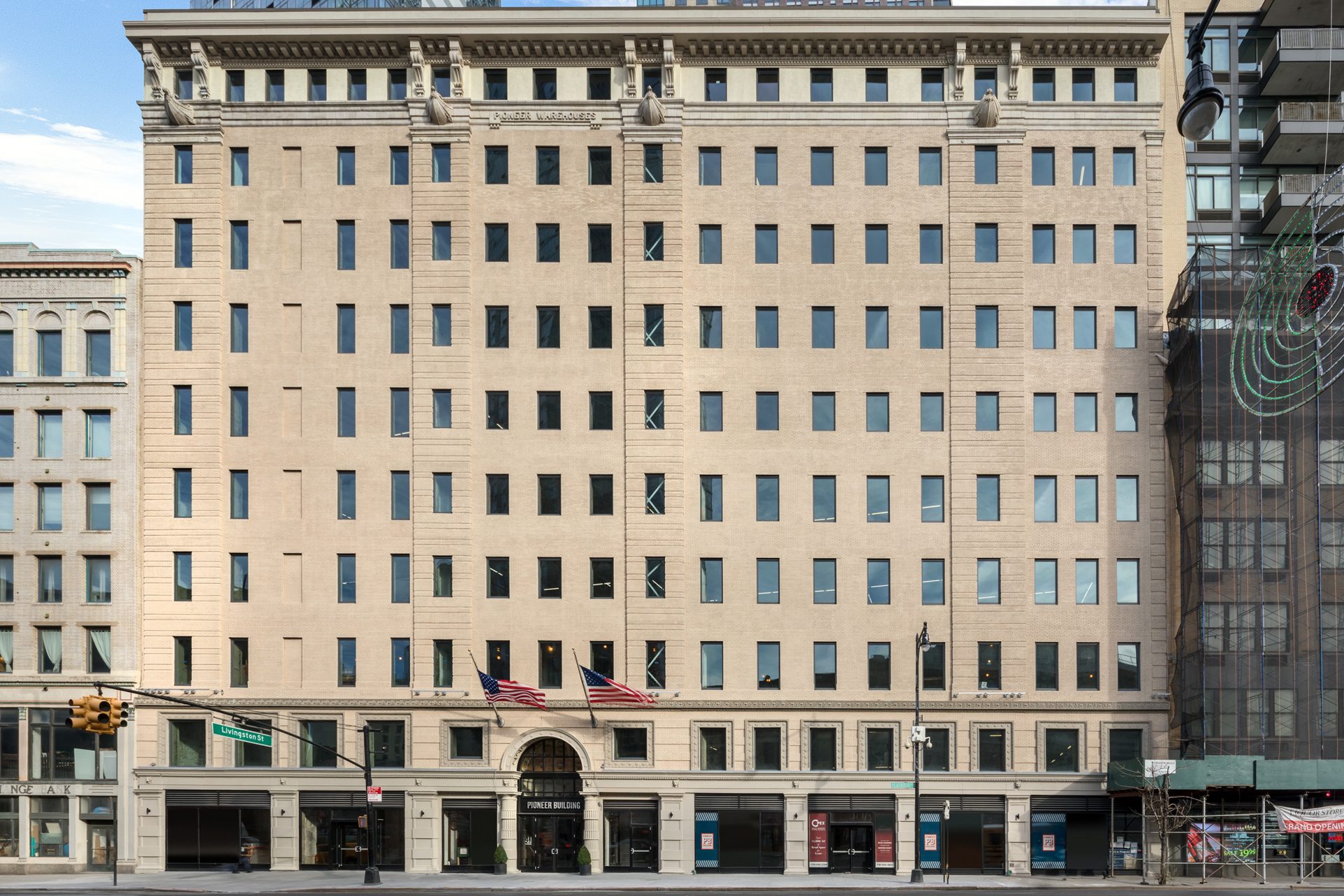 Apple has committed to a 14-year lease at the Pioneer Building in Brooklyn where it plans to keep a private lounge for employees working in the nearby Apple Store at 123 Flatbush Avenue.

The tech giant has been operating on a month-to-month lease with the building’s owners, Quinlan Development Group and Building and Land Technology,  for the 2,766 s/f space since November 1.

Tim Quinlan, managing principal of Quinlan Development announced today that Apple is one of three tenants committing to the former warehouse the JV acquired in 2015 and spent $35 million turning into a Class A office building with 23,000 s/f of ground floor retail space.

Local Locker also signed a 10-year lease for 2,831 s/f for its Brooklyn location for its consumer-focused storage units.

And Shady Grove Fertility signed a 10-year lease for nearly 7,000 s/f on the fourth floor. The group has clinics in six states, and Washington, D.C. The new space represents its first clinic in Brooklyn.

“The fact that all three tenants signed leases for 10 years and more, speaks volumes about their confidence in our building and the future of Brooklyn,” said Quinlan. “It demonstrates great optimism for moving forward at the building.”

George Danut and Ryan Condren of JLL have been handling the retail for the landlord and have signed deals with Blick, UPS Store, Coffee Project,and Hi-Bk Dog. They repped the landlord in the new deals while Hank O’Donnell of GoodSpace NYC was Apple’s broker and Local Locker was represented by Alex Hedaya of Newmark.