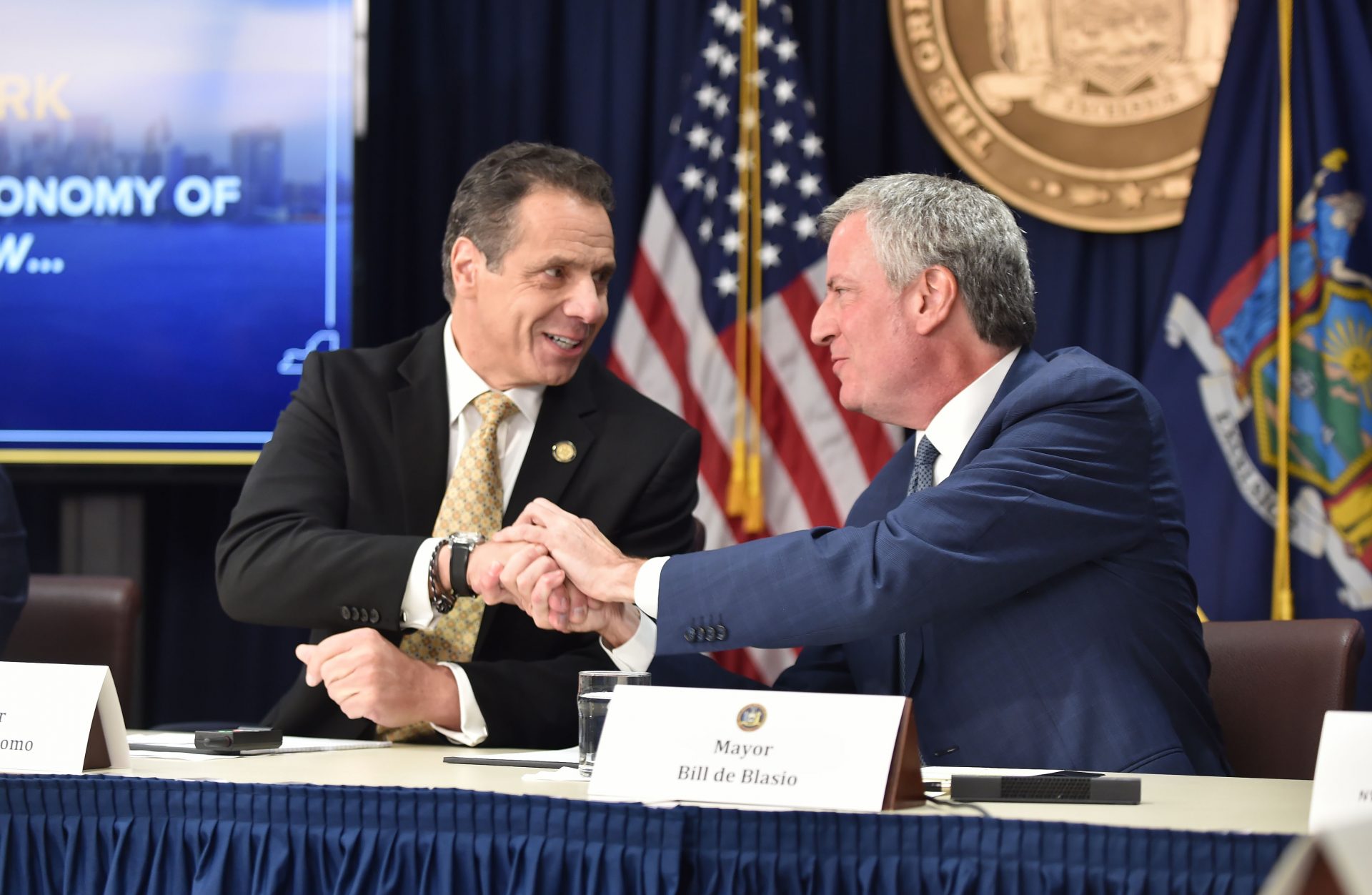 The city and state have created community committees to weigh in on Amazon’s HQ2 plans for Long Island City.

Mayor Bill de Blasio and Governor Andrew Cuomo announced the the Community Advisory Committee that will be tasked with sharing information and getting community input on Amazon’s HQ2 campus for Long Island City.

The tech giant announced that it split the new location of its HQ2 between the Queens neighborhood and Arlington in November. The new waterfront campus is expected to bring at least 25,000 new jobs and millions of dollars of investment into the area, and the state has offered more than $1.5 billion in tax breaks to seal the deal.

The advisory committee will be split into three subcommittees: the Project Plan subcommittee that focuses on the headquarters and onsite public amenities, the Neighborhood Infrastructure to look at infrastructure investments, and the Workforce subcommittee to weigh in on the training and hiring programs for the coming HQ2.

“The Community Advisory Committee will bring together stakeholders of all backgrounds to help shape this important plan,” de Blasio said. “Robust community engagement is critical to ensuring that the investments and resources generated from this project serve the needs of everyone in Long Island City and beyond.”

According to the release, the subcommittees will meet roughly monthly, be led by a steering committee that includes all the co-chairs of the subcommittees and staffed by the Empire State Development and New York City Economic Development Corporation. All elected officials that represent Long Island City were invited to join as ex-oficio members.

As for the members of the advisory committee, they are made up of community and citywide stakeholders and were recommended by local elected council members.

The Neighborhood Infrastructure subcommittee will be led by co-chairs Robert Basch, the president for Hunters Point Park Conservancy, and Melva Miller, the executive vice president of the Association for a Better New York.

The rest of the 45 committee members include Carlo Scissura, president and CEO of New York Building Congress, Santos Rodriguez, the director of Community Affairs & Strategic Initiatives for the NYC Building Trades Council and many local community members.

The committee announcement followed the release on Monday of the city’s proposal for Amazon HQ2.
The proposal detailed four different locations, including Long Island City, the Brooklyn “tech triangle” that includes DUMBO, Downtown Brooklyn and the Brooklyn Navy Yard, Midtown West with its Farley Building redevelopment and Two Penn Plaza, or Lower Manhattan and 3 World Trade Center and 28 Liberty Street.

The proposal also noted other potential New York locations including with Long Island and the Lower Hudson Valley.

In the proposal, the ESD said it would work with Amazon to expedite the development, including using eminent domain, a process where governments take over private property for a public use.
“Subject to public approvals, ESD is empowered to acquire, encumber and dispose of any real property interest, including through eminent domain,” the proposal said.