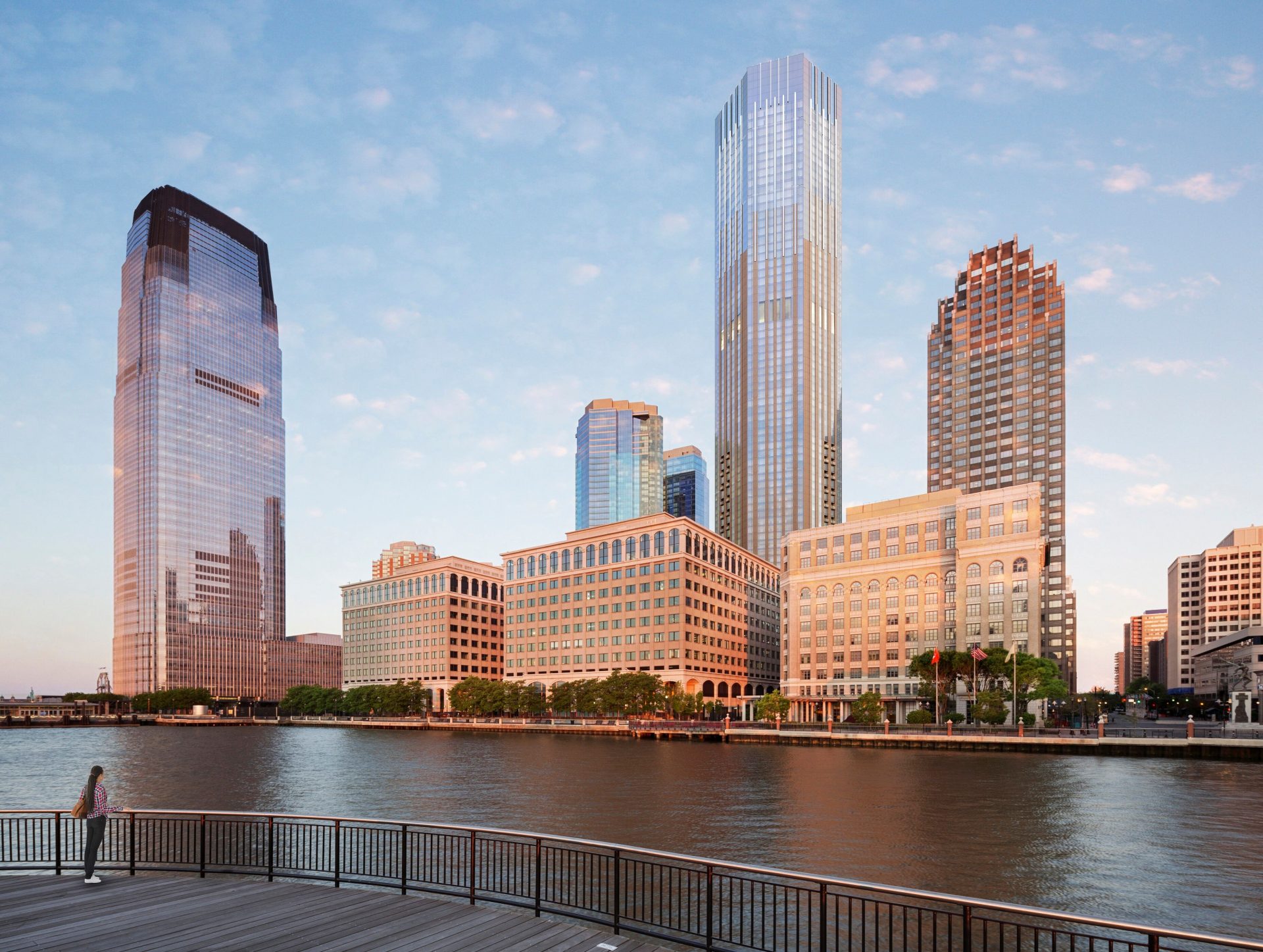 99 Hudson has New Yorkers looking the other way

Thereʼs a group of home owners looking forward to living the dream — in Downtown Jersey City.

When 99 Hudson opens at the end of this year, the term “elevated living” will take them to a whole new level as residents of the highest condo in New Jersey, the third highest in the nation.

It’s well known that the “other side” of the Hudson River has some of the best views of the most famous skyline in the world. 99 Hudson might well have the best.

“It is spectacular,” said Edwin Blanco, The Marketing Directors’ sales manager for 99 Hudson, of the view, which takes in everything from the Verazzano Bridge to the south, to Lower Manhattan and the World Trade Center, the Empire State Building and, of course, the Statue of Liberty.

The mighty symbol of Americansʼ freedom is seen in miniature from the 53rd floor, where I stood during a recent visit to the building. Imagine what it looks like from the 79th, which is where the building tops out.

At least five lucky owners will soon find out. In a remarkable run of sales, five of the seven penthouses at 99 Hudson have already been sold — two just last month.

As Blanco gave me the sales pitch for the remaining two, I braced myself for a blow from reality.

“The penthouses offer the opportunity to own 2,313 to 2,500 s/f of interior space and up to 1,167 s/f of private outdoor space with panoramic views of New York City and New Jerseyʼs Gold Coast,” Blanco told me. “They are sold in white box condition to give the new owners the convenience of designing their dream home.

“They offer access to a suite of unrivaled amenities and hotel-style services in a walkable neighborhood of beautiful streetscapes of 100-year-old buildings, modern skyscrapers and miles of waterfront pathways.

“The Harborside has shops and restaurants and, with the PATH train, Lightrail and ferry service, you could make it to downtown New York in eight minutes, if you had to.”

Okay, so hit me with it. How much? When Blanco said “$3.995 million” I almost dropped my noteboook.

Registering my surprise, Blanco threw in the kicker. “For New Yorkers in particular, that price point certainly resonates when compared with Manhattan prices,” he said. “But another bonus is the savings on closing costs and on the NYC tax.”

Of course. New York takes 3.5 percent of your income in city tax and New Jersey doesn’t. It works out that, for every $100,000 you earn, you save $300 every month by living in New Jersey.

So I wasn’t surprised when Blanco told me that the Spring buying season had brought a rush of New Yorkers, from Manhattan, LIC and even Brooklyn.

99 Hudson has 781 apartments and Blanco, a local lad who grew up in nearby Greenville, said the vast majority sold so far have been to New Yorkers and New Jerseyans drawn to what has been hailed as a new Garden State landmark.


The building does look gorgeous. It was designed by Perkins Eastman in what I am told is a play on the Art Deco style of the Empire State Building. Its arrow-like shape means better views for more apartments, even those on the lower floors.

The facade is limestone and glass — every apartment has floor-to-ceiling windows — and the lobby itself is a magnificent three stories high with a port cochere and a waterfall wall.

99 Hudson will have 65,000 s/f of amenities residents will be able to program themselves or with the help of a 24-hour concierge service, which can also manage housecleaning, medical appointments, travel. Really, whatever you can think of you might ever need.

The fitness center alone will be 3,800 s/f with live — as in human as opposed to video — instructors. An entertainment center has card rooms, pool and foosball tables, a golf simulator, children’s playroom, demonstration kitchen, work café, and a mini movie theater with a bar.

There will be an outdoor amenity deck across the eighth floor with a 3,000 s/f swimming pool, BBQ grills, a playground, dog run and lawn. The 99 Hudson Club Room will have a library, TV lounge, dining and entertaining spaces and an exclusive spa with a hot tub, wet and dry lounges, steam room, dry sauna, showers, terrace and massage room.

The apartments themselves range from studios to two bedrooms. The studios are all located in their own wing of the property with their own entrance and access to the amenities and services. They come in at $548,000. One bedrooms start at $748,000 and two bedrooms and $1.095 million.

In the two weeks ahead of my visit early June, 10 sales had been closed and The Marketing Directors also laid claim to the most expensive condo ever sold in Jersey City (the largest of the penthouses sold for $4.43 million).

I’ve already told you the views from every apartment are enviable. They are bright and well-designed and come with a surprising number of conveniences that often go overlooked in modern high rises.

For example, you won’t know what you’re neighbor is cooking for dinner when you get off the elevator every night because each stove is vented with a 600 cfm hood.

There’s also a garbage disposal in the sink, something that was illegal in NYC until the late 90s and so often overlook by city developers.

Blanco expects that spring rush to continue over the summer as the building nears completion, and he’s looking forward to it.

He said, “When I was a kid, my mom would never let me come to the Paulus Hook neighborhood. Today, it is a destination neighborhood and 99 Hudson is going to be an iconic part of our skyline. It stands out not just because it’s so tall, but because it is gorgeous. It is helping to shape my home town and that is a real point of pride for me.”