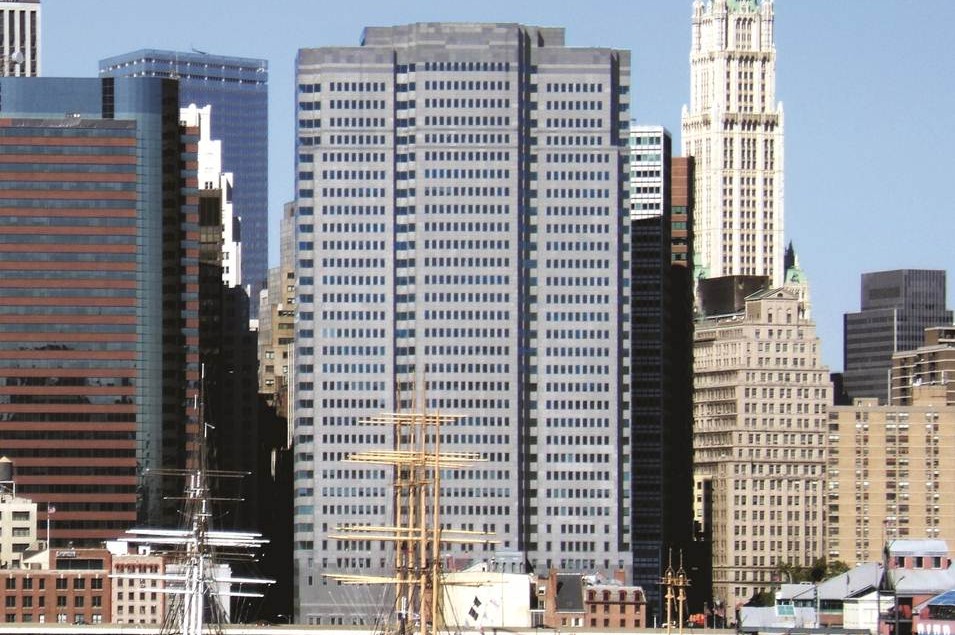 The organization is currently located at 120 Wall Street and expects to relocate into the property during the first quarter of 2015.

Allied World Insurance Company, a subsidiary of Switzerland-based and publicly traded Allied World Assurance Company, has expanded by 16,296 s/f, by leasing a portion of the 29th floor and now leases a total of 159,593 square feet spread across five floors.
Earlier in the year they signed a four floor, 15 year lease.

“The velocity of leasing activity at 199 Water Street can be attributed to the strength of Lower Manhattan’s economy, our desirable waterfront location and exquisite amenities,” stated Burton Resnick, chairman and CEO of Jack Resnick & Sons.

“These new leases are indicative of our reputation as long-term owners who are committed to our tenants’ needs and the surrounding Seaport neighborhood.”
Current asking rent at the office tower is $48 a foot, which is presently 100% leased.

The Resnick Organization has also completed new leases with the WeissComm Group, Epsilon Data Management and Western Union over the last 12 months.

Insurance co. on the grow