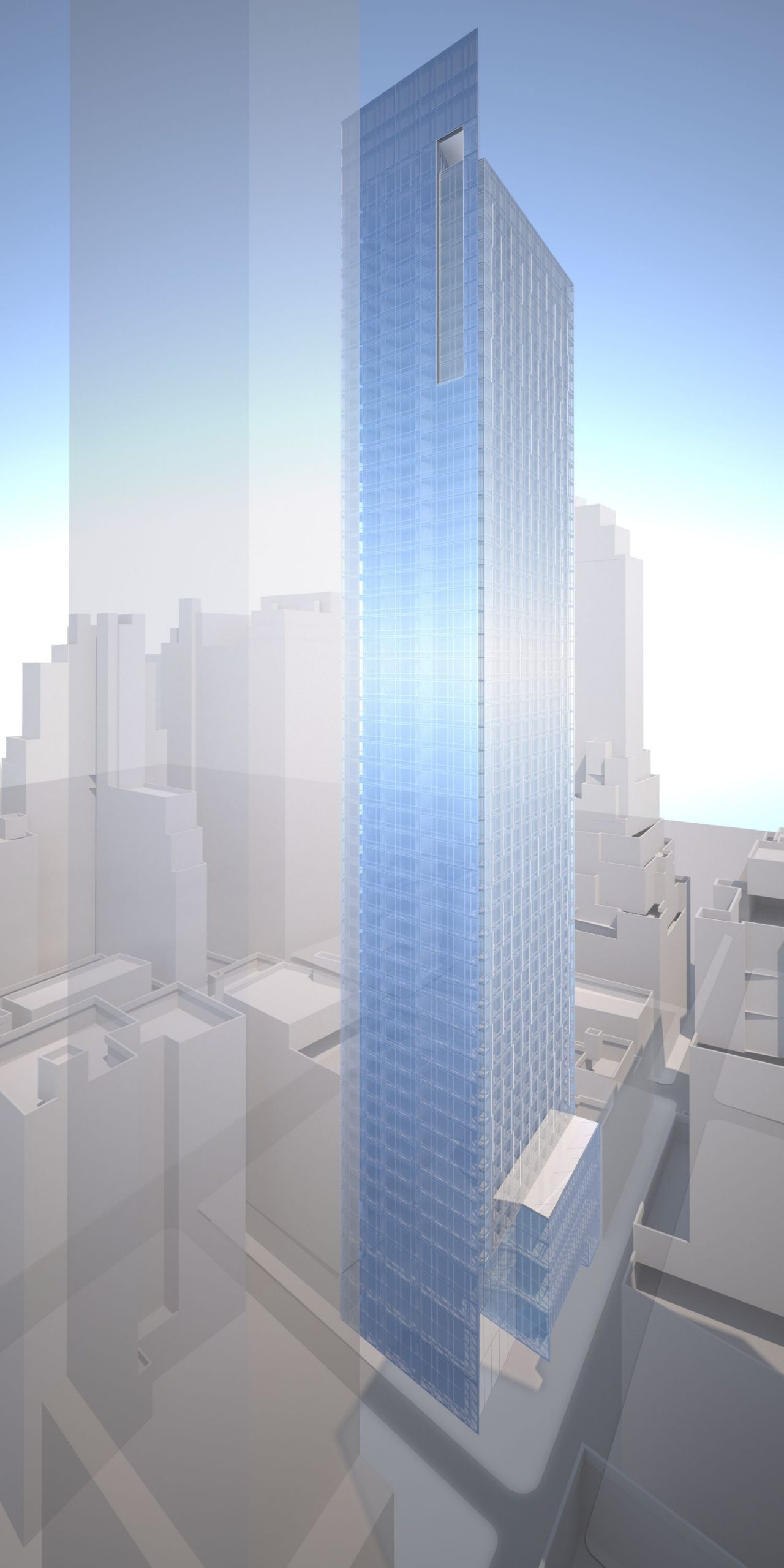 Anton is looking for bids on the site at 111 Washington Street, aka 8 Carlisle Street, a 11,208 s/f lot two blocks south of the World Trade Center.

“This is a once-in-a-generation, shovel-ready opportunity with construction plans for a 50-story tower that will have panoramic city and harbor views,” said Anton. “It is being offered during a temporary COVID-19 building slowdown that provides a window to lock in a favorable guaranteed maximum price on construction costs.”

“This large-scale site is one of the few as-of-right projects in a prime Manhattan location with no problematic tenancy issues,” added Anton. “Flexible zoning allows a developer to implement a strategic business plan that will capitalize on the property’s highest and best use.” Anton is leading the marketing effort on behalf of the seller, a private long-term ownership group.

The site is currently owned by an LLC connected to Pink Stone Capital, a development and investment firm run by Richard Ohebshalom.  Public records show it was purchased Frederick Ohebshalom, as manager of Fred Rich LLC, for $57.5 million in 2011.

And Iranian immigrant to the US, Fred grew his family’s holdings from a single Rego Park apartment building he bought in 1975 to a portfolio of over 100 buildings in Manhattan. The Washington Street site was his biggest deal when he bought the property out of foreclosure and planned his own 54-story tower.

However, the father-and-son, Fred and Richard Ohebshalom, reportedly had a fall-out over the plans and the space and associated development rights were offered for sale at $260 million in January 2020.