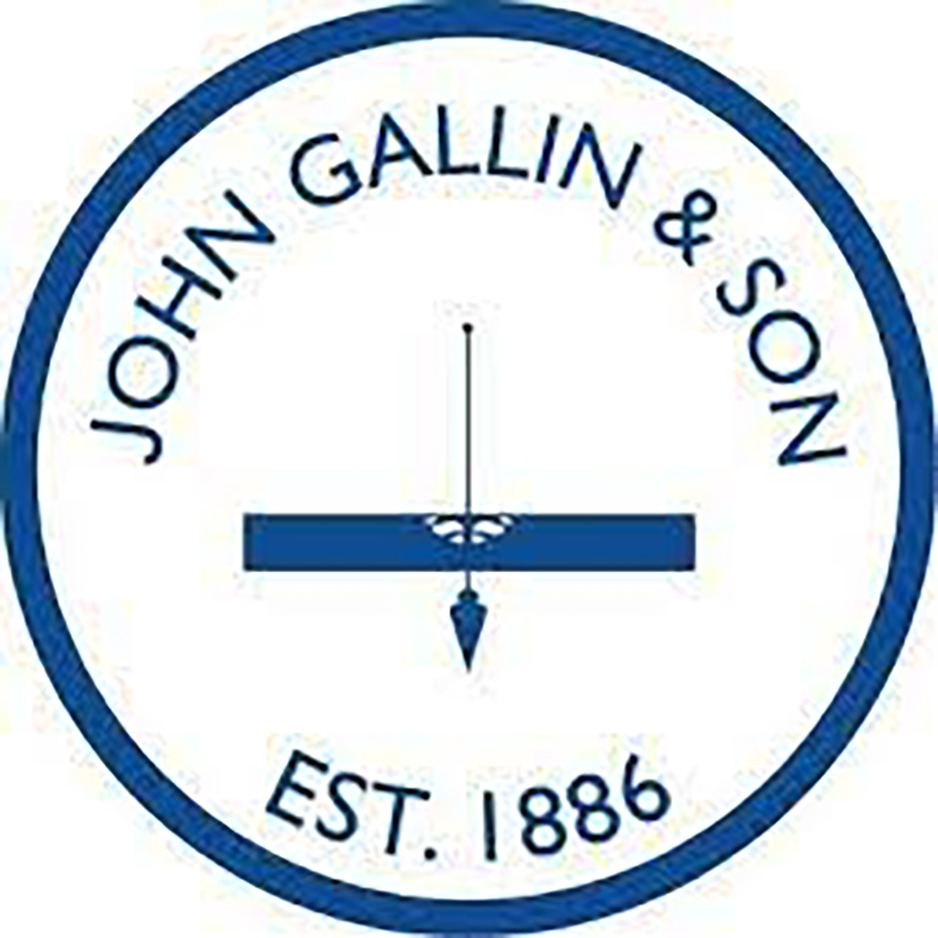 Andrew Cortese and Robert Kondracki, vice presidents of operations, and Walter K. Ziegler, vice president of estimating and purchasing, have each been promoted to a level the firm rarely confers outside the immediate family.

Founded in 1886 by Mr. John Gallin, the firm has grown and flourished under the leadership of multiple generations of his descendants.

“In that time, a culture of excellence, loyalty, and professional pride drew many of the industry’s skilled practitioners to the company, with their own descendants following suit,” says Christopher Gallin, president of the company. “As a result, the notion of Gallin as a family firm has taken on a larger meaning.”

Indeed, to date two generations of Corteses have worked for the firm; three generations of Kondrackis; and an impressive four generations of Zieglers have contributed their talents to the Gallin body of work. Grandfathers, fathers, sons, daughters, grandchildren, siblings – “for these families to have shared their talents with Gallin over the years signifies a remarkable corporate culture,” notes Mr. Gallin.

“This is an opportune time to reward the expertise and integrity of three of our long-time executives who have truly earned their new status. Much of our recent success is thanks to the contributions of these talented and loyal team members. We recognize their exceptional skill and
intelligence, and their commitment to the Gallin mission of delivering the best possible outcomes for our
clients.”

Mr. Cortese, a summa cum laude graduate of Pratt Institute, holds a BS in Construction Management with a minor in architecture. He oversees project performance targets for scheduling, quality, and budgeting, and ensures strict adherence to all New York City building codes, as well as helping to maintain and grow relationships with clients, architects, and engineers. He joined the firm in 1994. Not long ago, his son Andrew Jr. spent time as a laborer at the firm, and daughter Alexa worked as a project manager assistant there. Over his 27 years with Gallin, Mr. Cortese himself has worked as
project manager, estimator, and superintendent.


Mr. Kondracki, who joined the firm in 1986, previously served as project manager and supervisor. He currently manages all field operations, and ensures that requirements are met for the New York City Department of Buildings. He keeps a close eye on the schedule, budget, and quality control standards, reviews change orders, and acts as liaison among the clients, architects, and engineers. The Montclair State University graduate holds a BS in Management and Marketing. Mr. Kondracki’s career was partially inspired by his father who himself spent decades there. Indeed, his son Robbie is continuing the tradition at the firm. An avid boat enthusiast, Robert Kondracki is Commodore of the Patten Point Yacht Club in Long Branch, NJ.

Mr. Ziegler has been with the firm since 1983, beginning as a laborer, then foreman, superintendent, and project manager. In his current role he is responsible for overseeing all estimates and purchasing activity.

Mr. Ziegler holds a BA in Business Management from Seton Hall University, and did post-graduate work at the New York University School of Construction Management. His grandfather worked at the firm, and his father, Walter Sr., rose to become a partner and chief estimator. At the Gallin firm Walter K. Ziegler’s younger brother Eric currently serves as a senior estimator, his son Kyle was a laborer, and daughter Kelsie worked as a project manager assistant.

They join existing partners Christopher, Thomas, and Robert Gallin. “We are delighted to reward our long-time colleagues with this new status, and we look forward to their contributions to Gallin in the years to come,” says Christopher Gallin.