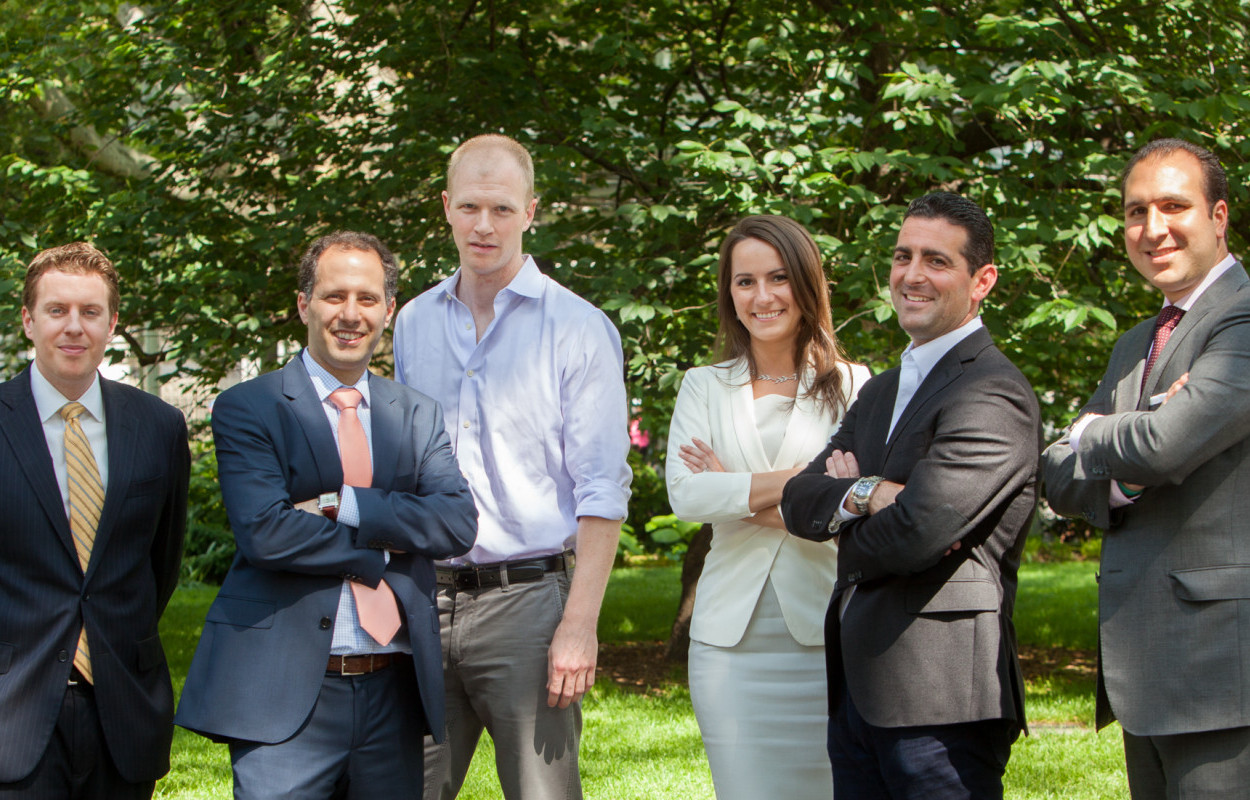 “I went from a very small town in northern New Jersey, where I was in school with the same twenty people for about nine years to a private school in Manhattan. It was a very different dynamic, a very different culture, and a lot more people.”

“I made my best friends in high school for the most part. Since then, we were in a position where we all sort of had friendly competition amongst one another to be successful. We were all driven. We were all focused. Each of us have gone into different careers… Good friends are the key to success and relationships. “

“I’m sensitive. I think a lot of times people have a certain stereotype about a broker and a lot of times I put on an exterior where people think I’m every unemotional or tough.”

“I think I’m very comfortable in my own skin and I act like myself. I’m not out there trying to impress anyone in particular. I am myself and I think my clients appreciate it. I’m honest, I’m brutally honest with my clients and they appreciate and respect me for it.”

“People may think that I know everything. I’ve been in real estate for 15 years. I’ve done so many different things in real estate and they may think I know a lot about it. When really, it’s not how it is necessarily. It’s not me; it’s more the great people who work here.”

“I mean a lot of the young people come up to me and ask me about a career in real estate and what they should do. They work under the assumption that I’m an expert in all matters about real estate. But I’m not at all.”

“It takes a lot of great people to make a great company. By no means am I an expert in all things that Hidrock does. It’s very much a team effort here. I may be great in one thing, and I have a lot of people who work in Hidrock who are great at other things. It’s together that we’re able to do the great things that we do.”

“I swam in the 2008 and 2012 Olympics. In swimming, that’s really the competition and the level that you dream of from when you’re a kid. There are no playoffs, there’s no Stanley Cup or Super Bowl. Really, the Olympics are the only thing that you work towards. They only happen every four years so it’s an extra special event.”

“It was awesome. I’ve been swimming for 20 years by the time I went to Beijing in 2008. I made it to the semifinals both times. It’s a really rewarding process if you can work towards something and see the results of all the hard work that you’ve put in.”

“Before my two trips to the Olympics, I was swimming full time for the two years leading up to it, from 2006 to 2008 and 2010 to 2012. When you’re competing at that level, there really isn’t much else that you can do. There’s not enough time or energy for a job or school.”

“There were bad days where things weren’t going as well as I’d hoped. But I really enjoyed it. I enjoyed the process and I enjoyed the lifestyle. I had a clear plan of what I wanted to do and what I wanted to do afterwards. The plan was to swim for two years after college leading up to the Beijing Olympics then I got my master’s degree from the two years after that and then I swam again for two years. The plan after London was to retire.”

“I miss the instant feedback that you get from training. You know right away, when you see your time in practice, whether it was good or not. It’s all stuff that’s instant that you can work on right away so you improve the next day. While there is feedback in real estate, the building doesn’t get built until you start working on something. And it takes three years until people actually move in.”

“Taking the jump to Ariel was a very big decision that I would liken to jumping out of an airplane. As you go higher and higher, the thrill of it on the approach is very exciting. But then when the door opens, you need to swing out and take the jump. It’s terrifying. At the same time, what you do is so rewarding. Fear can be, to some extent, a motivator. And it also kind of grounds you to appreciate what you have.”

“I would probably have stayed in finance, but I would secretly spend my free time scouring the news about new construction projects and peeking longingly into those little plexiglass cutouts in construction fences. So I am very fortunate to be in a place today where I am helping to build a new city.”

“Aside from being concerned about friends and family with health issues, the next scariest moment was when I played the national anthem trumpet solo in a football stadium in college. There is nothing like total silence and 40,000 eyes and ears on you.”

“One of my best moments was when I was applying to graduate school. I went to Columbia University’s real estate and development program. I was never a very good student growing up. I was climbing my way, step-by-step, school-by-school until I decided I would apply to grad school. I applied to a few, but where I wanted to go was Columbia’s program.”

“It was amazing and I thought I had a very low chance to get in there. And I stalked them so hard. I used to sit at the admissions desk and just pound them, “How am I going to get in here? What do I do? How do I write this?” This is what happens when you live in New York and you’re looking at a New York school.”

“Most people said, ‘Listen, don’t worry, you probably won’t get in. But you never know.’ And not being a good student, the person at admissions knew me so well at that point that before I got my acceptance letter she called me up personally. She said, ‘I know how badly you wanted this. You got it.’ I was sitting at the library at the time. It was like a scene out of a movie. I lost it.”

“If I weren’t in real estate, I would probably be a therapist. I went to Yale to get a degree in economics and psychology and I was seriously considering the psychology portion of it before I decided to go into real estate.”

“When I was an active broker, it was all about managing the client’s emotions and expectations and being able to work with people because people are so interesting and so different. Being able to adapt to different personalities is a big part of my job.”

“Work doesn’t really stress me out. I see every potential source of stress as a challenge. I get a lot of work done by accomplishing something that resolves the problem at hand. I’m more of in a problem-solving business in my position. My job is to deal with people’s stress and help them get out of it. It’s very rewarding and fulfilling when an issue that was there before me is no longer there by the time I’m done with it.”

“I actually decided to pursue architecture when I was in high school. It was something that I stuck with ever since. I went to college for architecture and started in the commercial architecture field after college… Once I become excited and enthusiastic about something, I stick with it. Those characteristics are really my dedication and persistence to something once I’ve decided that’s what I want to be focused on. That really transcends sort of every aspect of my life whether professionally or privately.”

“There’s always uncertainty with anything you’re doing, particularly in a field such the environment and sustainability. It’s a little bit of a blank canvas. So you’re always looking for new opportunities and wondering sometimes where those are going to come from… So I think, at some level, as opposed to being afraid of it, I always find that to be the exciting part of the puzzle. It is nice to have certainty and consistency but you’re seeing the emergence of a brand new field and the maturity that’s happening within it. That in itself is exciting as it opens a lot of possibilities.”