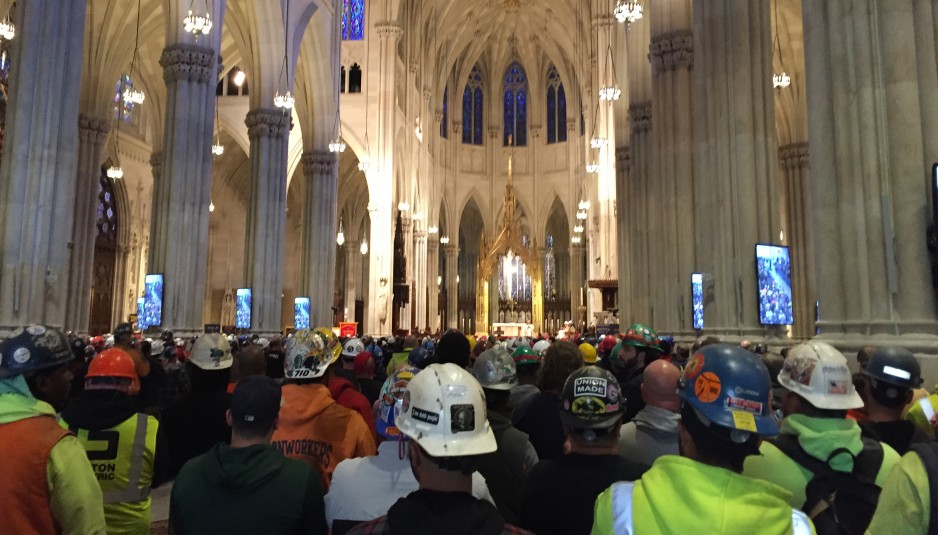 Thousands of city construction workers will gather at St patrick’s Cathedral tomorrow (Thursday) for the 10th Anniversary of Memorial Mass for victims of construction accidents.

The union workers will remember and pray for victims with the families of some of the dead.

This year marks the tenth anniversary of the Mass at St. Patrick’s, which was moved to the location in response to the lives of six union construction brothers and a civilian sister lost in a tragic crane collapse on March 15, 2008.

Labor chaplin Father Brian Jordan was give the mass, which will be attended by Gary LaBarbera, president, Building and Construction Trades Council of Greater New York (BCTC) and other labor leaders.

Construction deaths in New York state hit a 14-year high in 2016, according to a report from the New York Committee for Occupational Safety and Health.

The report found that 71 workers died in construction-related accidents in 2016, the last year for which full data was available. That’s up from 55 deaths in 2015 and the highest number of fatalities since 2002.