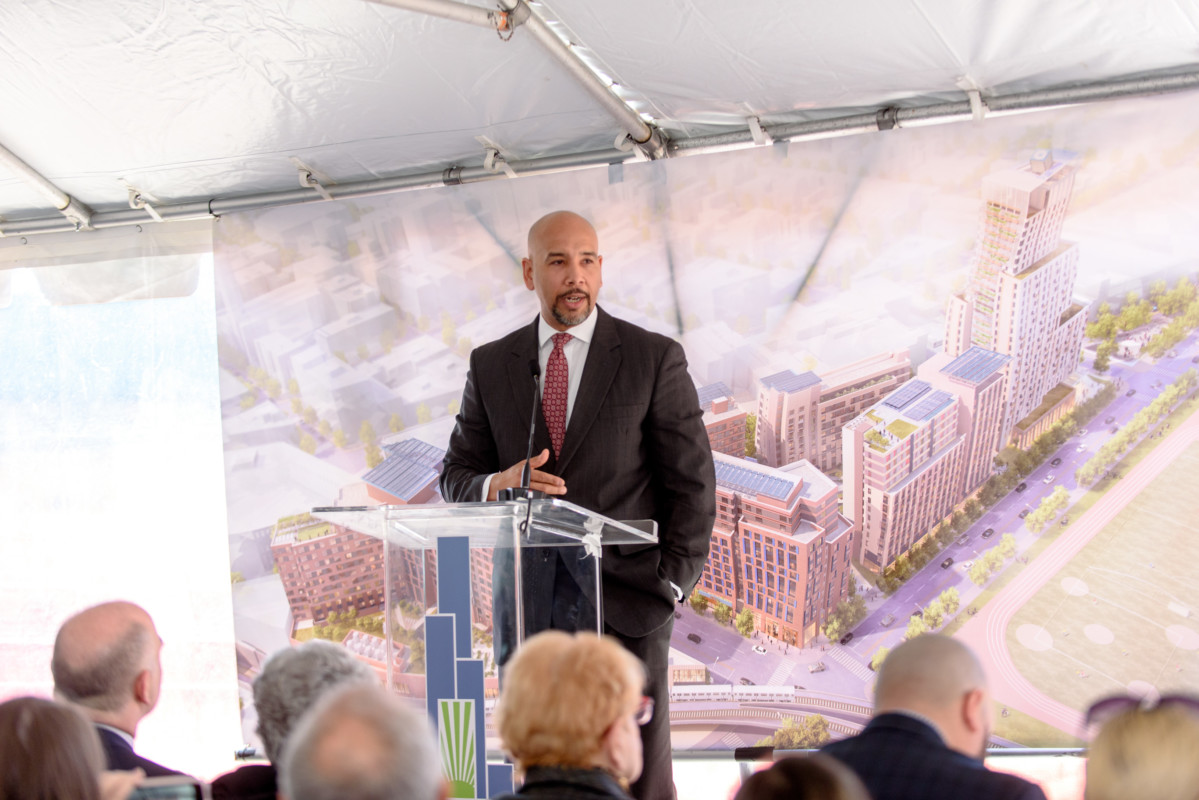 Construction gets underway at La Central in The Bronx

Construction has started on two buildings at La Central, one of the largest mixed-income projects currently in development in New York City.

The two 100 percent affordable buildings, located at 556 and 600 Bergen Avenue, will be 12 and 13 stories tall and include 496 new apartments that will be affordable to extremely low-, very low-, low-, and moderate-income households. Of these, 220 units will be permanently affordable, due in part to the City’s Mandatory Inclusionary Housing (MIH) policy. 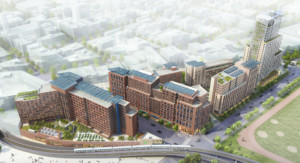 The apartment mix will include studio, one-, two-, three-, and four-bedroom units. These sustainable buildings will generate 250,000 watts of power through the use of rooftop solar panels, and will include retail space on the ground floor. In addition, a new YMCA facility, a BronxNet TV studio and a rooftop garden will be accessible to residents and the community.

“La Central will be a vital resource to the community, not only by creating hundreds of new mixed-income affordable units, but by cultivating social centers like shared gardens, community farms and a new YMCA. We have been working directly with members of the community in order to ensure that this transformative development will be a true community hub,” said Meredith Marshall, BRP Companies co-founder and managing partner.

“Our vision for La Central ‘To leave no square foot unturned’ becomes reality starting today. With affordable housing powered by sustainable energy generation, community and educational space for all ages and vibrant recreational space for the neighborhood, La Central will be a hub within The Hub for the South Bronx community. We thank our elected officials, Community Board 1 and our partners in government and the private sector for their commitment to and investment in La Central,” said Aaron Koffman, principal of The Hudson Companies, Inc.

This is the second phase of the La Central development which will ultimately be a five-building new construction project on one of the largest formerly city-owned properties remaining in the Bronx.

Overall, La Central will have a total of 992 mixed-income affordable apartments. Construction on the first phase of development began last June. The nine-story, 161 supportive housing building is expected to complete construction in July 2019. 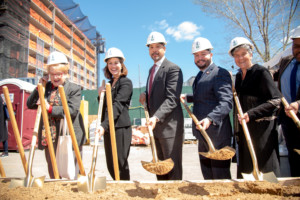 Units at 556 and 600 Bergen Avenue will be available via a lottery, with maximum income limits ranging from $20,040 to $80,160 for individuals and $30,930 to $123,720 for a household of five. In addition to solar panels, the buildings, designed by FXCOLLABORATIVE, in collaboration with MHG Architects and Future Green Studio, will feature grey- and black- water recycling and natural gas-fired cogeneration.

La Central was financed under HPD and HDC’s Extremely Low and Low-Income Affordability (ELLA) program, the project represents a total investment of $335 million in public and private funds.

Wells Fargo is providing the letter of credit and is serving as tax credit investor.

World looks on as EB-5 stalls