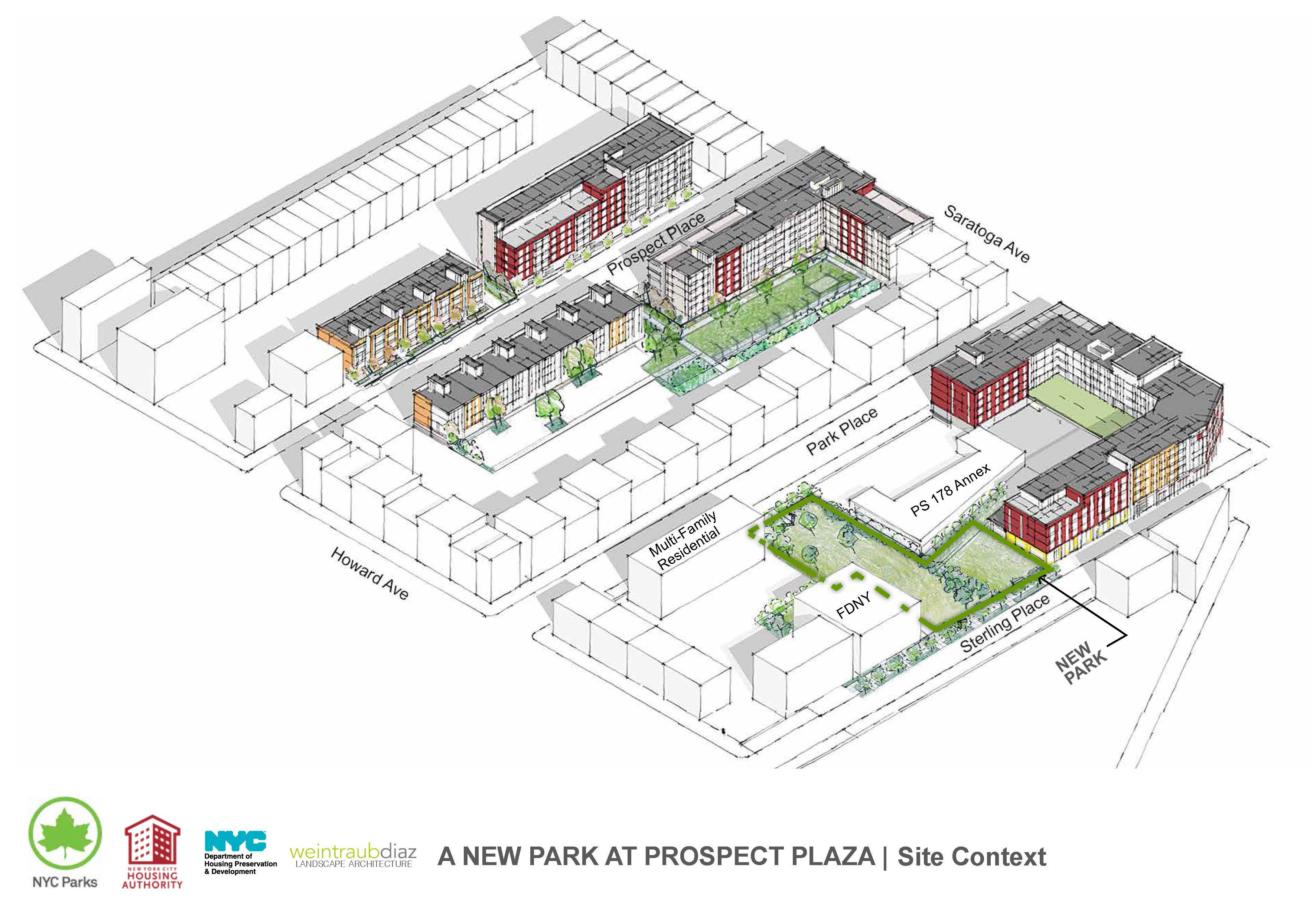 Once complete, the Park will be turned over to the NYC Department of Parks and Recreation for long-term ownership and maintenance as a public park.

The Park is being constructed in large part with a grant provided to the overall Prospect Plaza Redevelopment by the office of the Brooklyn Borough President.

Designed by Weintraub Diaz Landscape Architects, The Park will include a toddler play area, a 5-12 year old play area with a water feature, seating alcoves, basketball court, lawn space and game tables. The Park is slated to be completed in early 2019.

The project architect and developer participated with the NYC Department of Parks in the design process.