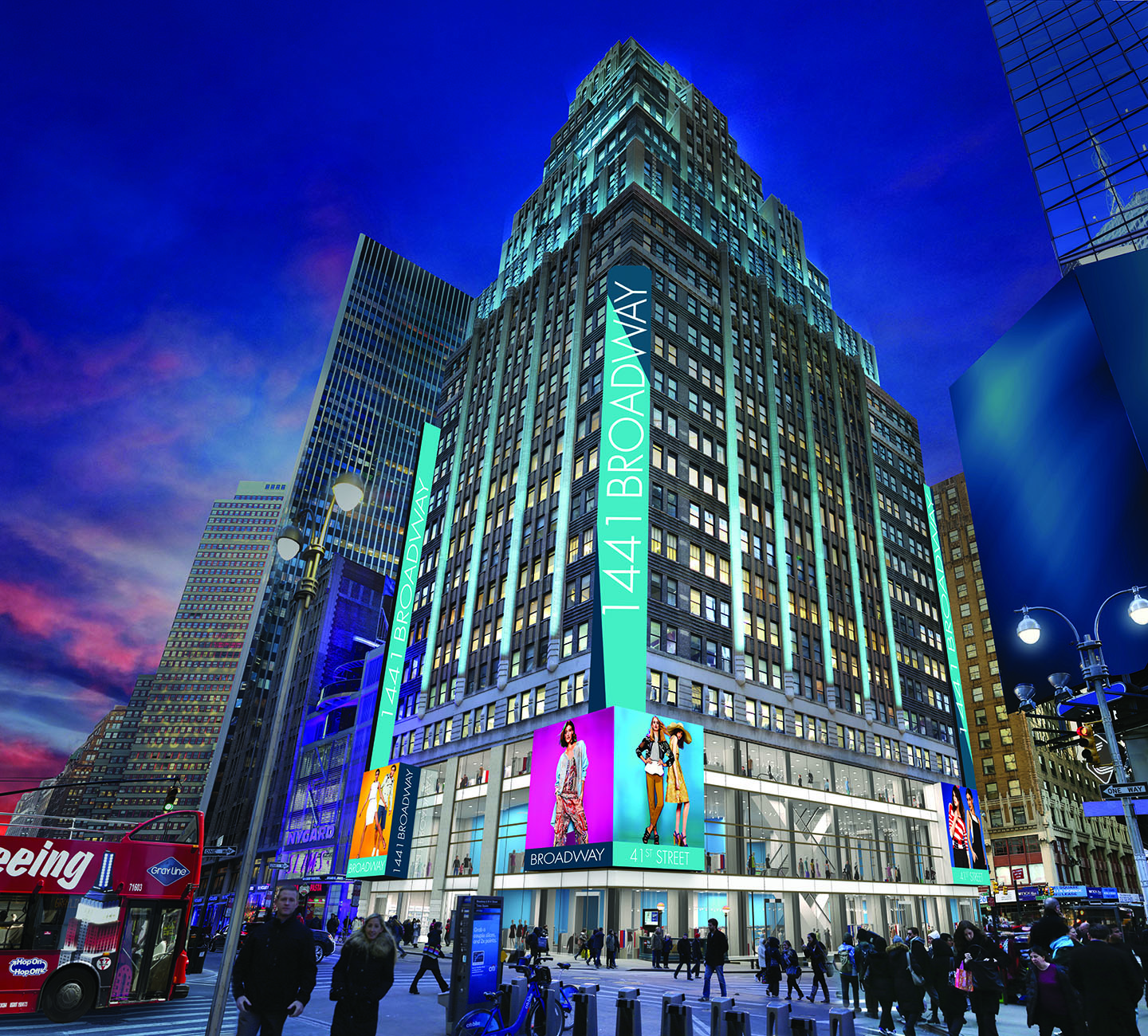 The firm’s Melinda Miller is the exclusive broker for a 75,000 s/f multi-level Times Square space.

And in downtown Brooklyn, Jeff Winick is leading a team marketing what’s been dubbed a “game-changing” opportunity created by Red Apple Real Estate.

LH Charney has named Winick the exclusive brokers for the largest retail opportunity in Times Square at 1441 Broadway.

With 74,686 s/f of multi-level retail and new LED signage, the property “is truly a timeless retail gem that exudes both the glamour of New York and the glitz of Times Square,” said broker Melinda Miller who is working with Kelly Gedinsky and and Jeff Winick and the building ownership to fill the full block 41st Street space.

Charney is spurcing up the building with a new three-story glass façade and working to take full advantage of previously-untapped signage potential. They have retained signage consultants to design and construct new glamour signage which will span 12,270 s/f.

“Tenants will be able to couple the retail space with invaluable Times Square LED signage, creating an iconic retail play that encompasses not only the retail space but potentially branding the entire building,” said Miller.

The recent construction boom has brought 5,000 new apartments and an additional 3,000,000 s/f of office space to a 25-block radius surrounding the buildings.

The nine-story, 95-unit Andrea, located next door at 218 Myrtle Avenue, currently houses Red Apple Supermarket and a CVS, and brings the total number of apartments in the complex to 495.

With opportunities ranging from 1,000 to 11,676 s/f, the retail availability at 81 Fleet Place and 180 Myrtle Avenue creates an opportunity for restaurants and lounges, fitness, cafés, medical and child care, and other much-needed retail categories to service the neighborhood.

“The placement of this development will help bridge the retail gap between the quality eateries and national tenants leasing space to the east on Myrtle Avenue, and the immense amount of students and workers on the other side of Flatbush Extension to the west,” said Heicklen, who noted the project’s proximity to City Hall, Metro Tech, and colleges, including NYU Poly and the Pratt Institute.