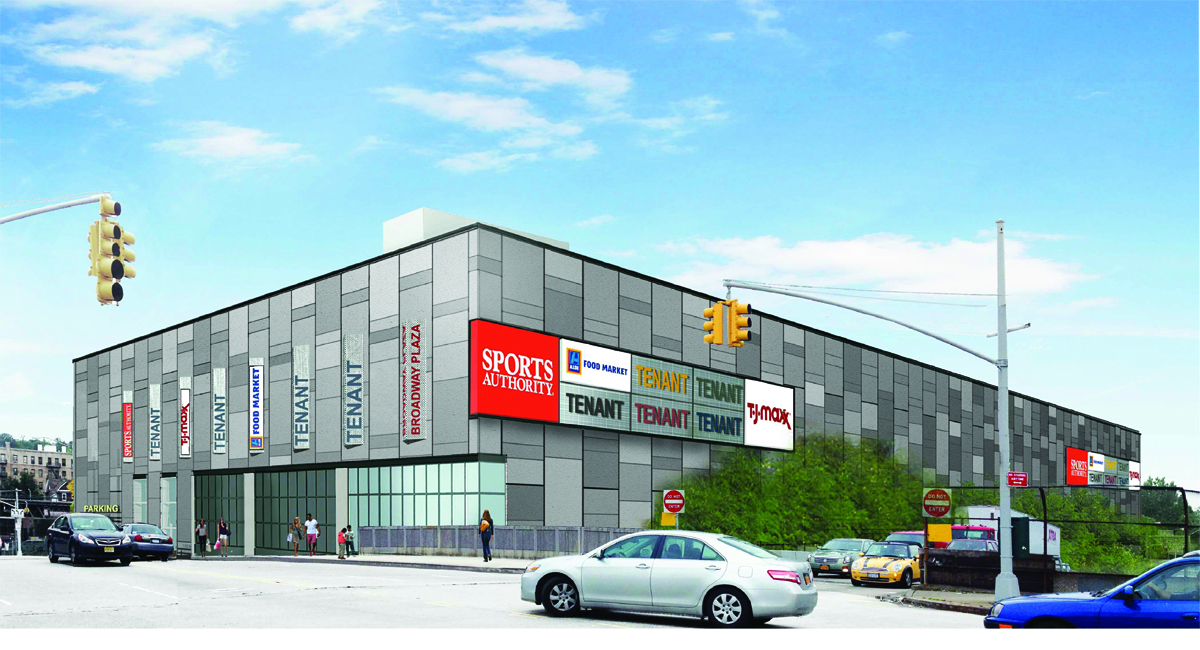 Racanelli Construction Company, Inc. is slated to complete a $30 million multi-level retail center in the Bronx on behalf of Equity One.

Broadway Plaza, a 5532 Broadway, consists of three floors, each 74,888 s/f. Serving as a construction manager of the project, Racanelli is expected to deliver the retail center by May 30. Broadway Plaza is situated at the intersection of West 230th Street and Broadway.

Among the major retailers which already have been announced by Equity One as national tenants are Sports Authority, occupying 30,000 s/f, a T.J. Maxx, occupying 24,000 s/f, Aldi Food Market, occupying 18,000 s/f and a Party City, occupying 9,000 s/f.

In total, the space will have 115,000 s/f of gross leasable area and 140 interior parking spaces. A landscaped pedestrian plaza is a feature of the center which is being constructed on a former parking lot previously owned by New York City.

Equity One was selected for the project by the New York City Economic Development Corporation.