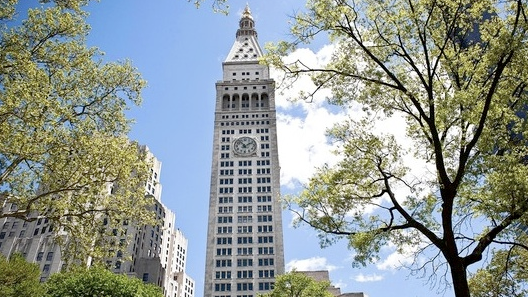 HWE is among the world’s leading independent hotel brokerages, with offices in Atlanta, Los Angeles and London.

The company has opened an office at 1140 Avenue of the Americas from which Silverman, as managing director, will lead a commercial investment operation that will target hospitality assets as well as retail, office, multifamily properties as well as land purchases,  according to Mark Elliott, HWE’s president and pPartner.

With over $1.5 billion in hotel transactions in New York City this year, HWE is already one of the most active brokers in the market.

Under the direction of Silverman, HWE is building a local team in Midtown Manhattan to serve the firm’s existing global customer base in satisfying clients’ appetites for real estate investment across all major asset classes in New York and across the United States.

“More than half of our clients who maintain a large hotel exposure trade in commercial real estate assets, and we look forward to offering our firm’s exceptional sales, recapitalization and debt-placement services across an expanded spectrum of property types,” said Bill Hodges the firm’s CEO and Founder.

“This move is not about adding a dot on a map, it is about delivering on our commitment to serving our clientele with the depth of talent, reach and intellectual rigor to which they’ve become accustomed.”

Notable transactions include twice selling the office portion of 100-104 Fifth Avenue, the record-breaking sale of 111 Kent Avenue in Brooklyn and the sale of the retail at 465 Broadway three times in four years. Prior to joining Savills Studley in 2003, he worked for Insignia/ESG and J.P. Morgan Securities.

“Folks who know me, know that I like to think about big macro trends and secular shifts in the industry, and the biggest trend I see is that hospitality is becoming embedded in every real estate sector,” Silverman said.

“We are seeing office buildings, apartment towers and retail stores add hospitality-like amenities and services with a focus on the brand and user experience. Hodges Ward Elliott’s expansion is a timely move as the foreign investors they are known to attract draw less distinction between hotels and other asset classes, making the investor base more transferable.”

Silverman, who credits his partner and mentor Woody Heller with inspiring his growth as an investment sales professional, said he plans to build a significant platform for HWE in New York.

“HWE has transacted more than 50 percent of its volume with international buyers over the last two years, and we are in a unique position to expand our service from this well established platform,” he said, noting that the firm has sold or financed more than $2.4 billion in transactions across the nation in the first six months of 2015.

“This is a blue sky scenario for Hodges Ward Elliott and our New York team, as well as for our clients around the globe.”

READ ALL ABOUT IT: In a crisis, you want the right people putting words in your mouth