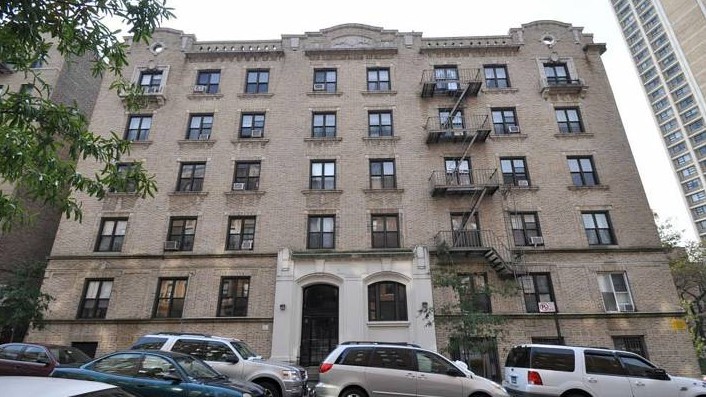 Eastern Consolidated has arranged the sale of 14 Upper Manhattan multifamily properties with 176 residential units and eight retail stores for a total of $58 million.
Matthew Sparks, senior director, represented the seller, Morningside Partners I, L.P., and 9-11 CPN LLC, and the buyer, a private investor.
Wade Hazelton, associate director of financial services, served as the analyst on the deal.

Of the properties, 13 are walk-up apartment buildings located on one city block between Manhattan Avenue and Frederick Douglass Boulevard and West 114th and West 115th Streets in Morningside Heights.
The 13 properties, which total more than 125,000 s/f, together sold for $47 million, or $376 psf.
In a separate transaction, a 23,640 s/f five-story walk-up located at 9-11 Central Park North between Fifth and Lenox Avenues sold for $11 million, or $465 per square foot.
“These well-maintained buildings offer inherent upside for the buyer and are ideally situated in one of the hottest neighborhoods in New York City,” Sparks said.
“The Frederick Douglass Boulevard rezoning over 10 years ago spurred condominium development along the corridor and, in recent years, new restaurants and other amenities have followed. The area is attracting young families searching for more space, as well as young singles who want to live in a vibrant area that is near two major parks, Morningside Park and Central Park, and excellent transportation.”

Cignature Realty has closed a second transaction in Washington Heights — a two building package priced at $16.5 million.
It was their second transaction in two days in the Heights.
The announcement came a day after Cignature sold a five story walkup at 718 West 171st Street for $7.04 million.
In both instances, the boutique brokerage represented both the buyers and sellers.

145 Audubon Avenue is a six story, 39,060 s/f elevator building at the corner of West 172nd Street and Audubon Avenue with 48 apartments. 40 Sherman Avenue is a five story, 38,020 s/f walkup with 45 apartments at the corner of Sherman Avenue and Arden Street, one block from Fort Tryon Park.
The average rent of apartments in the building at 145 Audubon is $1,105 and at the 40 Sherman Avenue rentals average $1,048 per month.
“The buildings have very low rents leaving the purchasers with a ton of upside. The properties have been managed for the past three years by CFF Consulting, located in Flushing, NY, for the out-of-state seller,” according to Cignature president Peter Vanderpool.

Urstadt Biddle Properties Inc. (has purchased The Harrison Shopping Center in Harrison, New York, for a reporter $10 million.
The 25,000 s/f Halstead Avenue shopping center is anchored by an A&P Fresh Supermarket, which will be replaced by a prominent grocer, subject to bankruptcy court approval.
The shopping center was built in 1957 by the selling family and has been a mainstay in downtown Harrison for generations.
Willing Biddle, president of Urstadt Biddle Properties Inc. said, “We are very pleased that we continue to acquire grocery-anchored shopping centers in the metro-NY market in a challenging acquisitions environment.
“Harrison is an important commuter town and we now own the best position in town, directly across from the Metro-NY train station with express service to Manhattan.”
James Aries, director of acquisitions, added, “Our long-standing relationship with the selling family, which began in a management role, enabled us to close on this acquisition quickly and quietly, which was critical to the selling family. Harrison is less than 10 miles from our home office in Greenwich, CT and we look forward to making improvements to the center which will largely be driven by the replacement grocer.”

ATCO Properties & Management has partnered with local development firm Flywheel Group LLC to purchase a 15.5-acre development site in the NoDa Greenway District near the Blue Line Extension light rail in Charlotte, N.C.
Financial terms of the deal were not disclosed.
The site, located at Matheson Avenue and Chick Godley Road, was approved for rezoning that allow a mixed-use, transit-oriented development.
Following the closing of the acquisition, ATCO and Flywheel will work for further entitlements to the site and access.
The partnership will dedicate of 6.11 acres to Charlotte-Mecklenburg County for the Cross Charlotte Trail, a 26-mile trail and greenway that will stretch from the city Pineville through Center City and on to the UNC Charlotte campus and Cabarrus County line.
The acquisition was made through ATCO’s General Partner Fund, an investment program that enables family office investors to join ATCO in its acquisition of central business district office buildings and retail properties in key markets including Austin, Nashville, Charlotte and other growing cities throughout the United States.

Family-owned Damianos, one of the largest property owners on Long Island, paid $10.625 million for 50 Route 111, Smithtown, a 50,000 s/f, three-story office building. The seller was Fairfield Properties.
John LaRuffa of NAI Long Island represented the seller and John Finn of Damianos Realty Group LLC represented the buyer.
The Class-A building, constructed in 1984 and located on the west side of State Route 111 in the Village of the Branch, will be Damianos Realty’s sixth office building in the Village of the Branch.
The building currently is 96 percent occupied by various corporate and medical tenants including Merrill Lynch, New York Commercial Bank, the law firm Devitt Spellman Barrett LLP and State Assemblyman Michael Fitzpatrick.
Damianos Realty has engaged Mancini Architecture PLLC to redesign the building’s exterior and lobby. The firm also plans to put a new roof on the building, replace mechanical equipment as well as upgrade landscaping and parking on the 4.4-acre site.

Lexington Realty Trust has sold the Transamerica Tower in Baltimore, Maryland for gross proceeds of $121 million.
In 2008, the tenant under a net lease vacated the property and Lexington implemented a comprehensive redevelopment plan and subsequently leased substantially all of the office space to several tenants.
T. Wilson Eglin, Lexington’s chief executive office, commented: “This disposition completes another successful repositioning of an asset that had high vacancy following the expiration of a single-tenant lease.
“The stabilization of this asset and sale … is an important part of our capital recycling strategy, which is designed to maximize the value of our multi-tenanted properties and create liquidity for investments in single-tenant properties subject to long-term leases.”