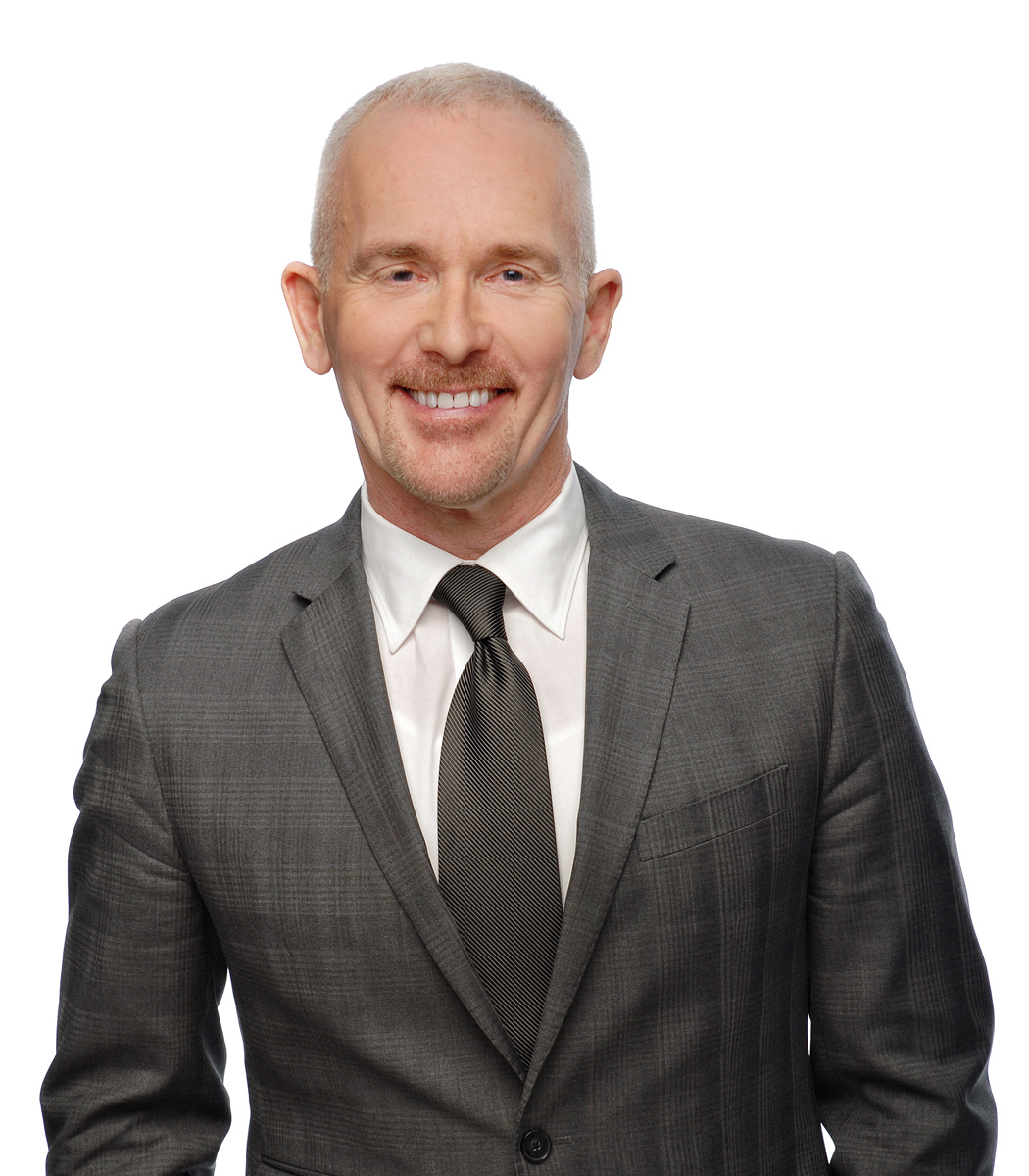 WHO’S NEWS: RLTY NYC bulks up; Corcoran promotes from within

RLTY NYC announced that Matthew Charles; Michael Bushkanets, formerly of Kalmon Dolgin Affiliates, Inc.; Gregory Havio, formerly of Bond New York; and Keisha Nia Charles, formerly of Citi Habitats have joined the firm.
With a longstanding career in hospitality as a manager of iconic New York City hotels and destinations, Matthew Charles’ personality has led him to a starring role in the upcoming Taking New York series on the Oxygen network.
The show portrays the extraordinary professional and personal lives of Charles and his friends living in the Big Apple.
The series is slated to debut in January 2015. Charles was born in Wales and attended Aberdeen University in Scotland, where he graduated with a MA in Business Management.
Born and raised in New York City, Michael Bushkanets amassed a wealth of real estate experience in all five boroughs, in addition to Long Island and is transitioning into residential real estate from an associates position with Kalmon Dolgin Affiliates Inc., a commercial real estate firm.
He is fluent in Russian and is a worldly traveler with a keen eye for social trends and aesthetic.
After a successful career in the garment industry, Bushkanets has spent several years specializing in luxury and commercial developments in Brooklyn and Manhattan.
A worldly real estate professional who combines global experience with personalized service, Gregory Havio was born and raised in Paris.
He began his career specializing in luxury residential real estate in France for five successful years.
In his twenties, he came to New York and completed a tenure at Bond New York. He travelled to Tel Aviv, Israel, where he also sold luxury residential real estate.
Born in Brooklyn, Keisha Nia Charles has a keen familiarity with the city in which she was raised.
A graduate of John Jay College with a degree in International Relations, Charles previously worked for Homeland Security, as well as an organization dedicated to ending worldwide hunger.
•••
The Corcoran Group announced the appointment of Tim Cass and Paula Manikowski as senior managing directors of the firm’s Soho office.

The Corcoran Soho office at 490 Broadway is the second largest of the firm’s sales offices with over 150 agents.
Tim and Paula have been top performing sales associates at Corcoran for 10 and 9 years, respectively. During that time, Tim was affiliated with the Corcoran Union Square office and Paula, the Corcoran Chelsea office.

The new appointments come as the Corcoran SoHo office prepares to relocate in Spring 2015 to 524 Broadway, where it is taking over the 15,000 s/f third floor in the classic, cast iron Soho loft building that houses famed restaurant Balthazar.
The move is prompted by, a number the firm has projected will increase significantly over the next few years.
Also relocating is the former Soho office managing director, Gene Martinez, who is moving to Miami to pursue new opportunities.
•••
Stuart Siegel, president and CEO of Engel & Völkers New York City (E&V NYC), today that advisors Christine Miller Martin and Susanne Rhow have joined the company’s growing New York City brokerage office.
In addition to continuing as licensed sales professionals, Martin and Rhow will be working alongside Siegel to develop the firm’s newly created trusts and estates specialization. Christine Martin, a top producer at her former firm, is one of less than 200 real estate professionals with REBNY’s New York Residential Specialist (NYRS) designation.
As a former trusts and estates attorney a distinguished Manhattan law firm, she brings exceptional insight and experience to every transaction, and to estate listings in particular.
At E&V NYC, Christine has qualified to become a member of the brokerage’s exclusive Private Office group, serving the needs of E&V’s highest net-worth clients.
Martin is an honors graduate of Middlesex School, Wellesley College and Brooklyn Law School where she was an editor of the Brooklyn Law Review and received the school’s Jack Weprin Real Estate Prize, awarded to students who have excelled in the area of real estate law. She speaks both French and Spanish.
Susanne Rhow has worked with several luxury brands prior to her work in real estate.
She held senior level positions at companies such as Saks Fifth Avenue and Estee Lauder International, based both in Hong Kong and NYC.
She also served as the vice president of the Trusts and Estates and the Private Client Group at Sotheby’s auction house, where she managed several teams that provided services for high net worth clients.
Born in Seoul, Rhow graduated from Stuyvesant High School and Georgetown University, engaging in additional studies at Sotheby’s London and La Sorbonne in Paris.
•••
DJK Residential announced the addition of two new licensed sales and rentals professionals to the firm.
Talia Schwartz and Fainna Kagan have joined the Carole Armstrong Team, led by Agents Carole Armstrong and Jonathan Olaso.
As a rentals agent specializing in luxury apartments, Talia Schwartz provides clients with high-end service, concentrating on both the Brooklyn and the lower Manhattan markets.
She has a diverse background in sales and extensive knowledge of the latest market trends.
Prior to DJK Residential, she worked at a law firm on Long Island, and also interned with U.S. Senator Charles E. Schumer.
She earned her honors Bachelor’s degree in psychology from LIU Post, formerly the C.W. Post Campus of Long Island University.
As an associate broker, Fainna Kagan handles day-to-day operations, specializing in luxury sales on the Upper West Side, where she has lived the past 10 years.
Kagan joins DJK Residential after working at a prominent national securities litigation law firm as a senior associate, representing investors in securities litigation, obtaining multi-million dollar settlements in numerous cases.
•••
WEICHERT, REALTORS – The Franzese Group announced that Joseph Mandelbaum is joining their office as a real estate agent.
Mandelbaum will work with property buyers and sellers in Brooklyn. Having lived in the area for 15 years, he knows the area very well.
is a member of the Brooklyn New York Multiple Listing Service and the Brooklyn Board of REALTORS.
•••
Emma Clurman has joined Saunders & Associates in the Bridgehampton office.
Clurman has been a real estate agent in the Hamptons for over ten years, most recently at Brown Harris Stevens.
She represented and sold an collection of properties including a $10 million Mecox Bay property and a $20 million Gin Lane estate.
She has also sold a wide range of properties throughout Southampton, Water Mill, Bridgehampton and East Hampton. She specializes in waterfront and preservation properties.
Notably, Clurman was the exclusive listing agent for the Peconic Land Trust sale of the iconic Hedges Lane property in Sagaponack.
Before entering real estate, Clurman was a senior corporate communications executive in New York, working with top-level media executives in global companies including Time Warner’s Fortune magazine and Sports Illustrated.
After that, she was senior vice president of Mort Zuckerman’s publications including the New York Daily News, Fast Company and U.S. News & World Report.
She was also a principal in a corporate PR firm representing such clients as Lehman Brothers, AT&T, New York University, Columbia School of Journalism, Cantor Fitzgerald, Legg Mason, and E*Trade.
•••
Better Homes and Gardens Rand Realty announced that Michelle Coletti of its White Plains office won the Hudson Valley Builders and Remodelers Association 2014 Pinnacle Award for Realtor of the Year.

Coletti’s contributions to Westchester County include completing several multi-family rental projects that have amounted to thousands of leased luxury units, which have yielded profitable investor and developer assets.
In a previous collaboration, Coletti has worked with VibeLiving.com to establish relationships with ArtsWestchester.org, as well as the White Plains Business Improvement District.
With White Plains’ new luxury rental property, La Gianna, Coletti helped in putting a satellite art exhibition in place called Urban Expressions, which is made up of well-known local artists and serves as an added amenity and cultural boost for the town.

Brokerage business is all about faith for Linda Guido