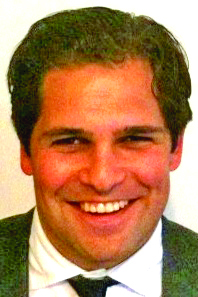 Two development sites located at 184-186 and 204-206 Bedford Avenue were sold in all-cash transactions with an aggregate value of $39,675,000. 184-186 Bedford Avenue, located between North 6th and North 7th Streets, is an approximately 6,400 buildable square foot development site which offers 40 feet of frontage. The site was sold in an all-cash transaction valued at $20,675,000, equating to approximately $3,230 per buildable square foot, to RedSky Capital, led by co-founder and principal Ben Bernstein.

“Through our marketing platform, we were able to achieve prices more than 33 percent higher than the top offers the owner received both directly and through buyers’ brokers before engaging us. Also, these two sales are an order of magnitude higher than the next highest price per buildable square foot ever in Brooklyn which was in August of this year and recorded at $885 per buildable square foot. The highest sale this year in Manhattan was $1,462,” said Massey Knakal’s Brendan Maddigan, who exclusively represented the seller in these transactions.

Added Peter Levitan of Lee & Associates NYC, who exclusively represented buyer in the transactions,
“The buyer had the vision to provide the market with one of a kind built-to-suit spaces. The lots allow for larger concepts with expansive frontage on a block that is saturated by 20-foot wide buildings. Being on Bedford Avenue, the most trafficked block in Brooklyn’s hottest neighborhood, these two developments are the epitome of trophy assets.”

The two sites have no encumbering leases and are situated within one block of the Bedford Avenue L train station.