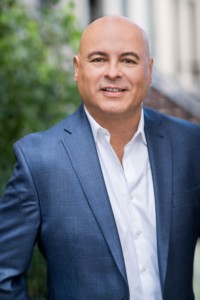 After running a New York division of Antarctic Circle Trading vacation company for he years, he began his real estate career with New Millennium in 2003 before joining Elliman in 2005.

Cuevas has sold numerous properties for record prices, and counts numerous high-profile celebrities and entrepreneurs among his clients .

Douglas Elliman has welcomed a number of new agents across its offices on Long Island.

He was previously a Senior Linux Administrator with Digital Ocean. Denise Fowler is now a licensed real estate salesperson with Douglas Elliman in Massapequa. She was previously an agent at Century 21.

Randy Katakofsky is now a licensed real estate salesperson with Douglas Elliman in Plainview. He was previously an agent at Century 21 American Homes.

Jamie Lee Ruiz is now a licensed real estate salesperson with Douglas Elliman in Roslyn. She was previously an attorney at Harris Beach PLLC.

Randy Novice is now a licensed real estate salesperson with Douglas Elliman in Huntington. He was previously a Senior Vice President at Blue 449 of Publicas Groupe.

Titan Hakami is now a licensed real estate salesperson with Douglas Elliman in Great Neck. He was previously a Director of Strategic Internet Ventures at Sky IT Group, Inc. 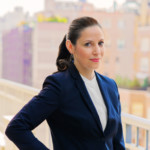 Meratla is returning to Corcoran Sunshine to work with Elisa Orlanski Ours and the Planning & Design team to focus on large-scale development projects in New York and throughout the U.S.

Previously she was a senior planning & design director for Corcoran Sunshine, a position she held at the firm for over eight years.

Meratla received a Masters of Architecture with distinction from McGill University and worked at Gluckman Mayner Architects on significant galleries, private residences for art collectors, and multi-family developments.

She is a guest lecturer and critic at New York University Schack Institute of Real Estate, Parsons School of Design and Columbia University Graduate School of Architecture. 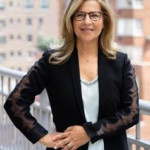 Van Doren has sold over $300 million over the course of her real estate career with a focus on the Midtown Manhattan condominium market.

She is the go-to agent at The Centria at 18 West 48th Street, where she has completed hundreds of sales.

Van Doren has sold numerous high-profile properties including a Midtown penthouse to Rosie O’Donnell and a celebrity penthouse at One Morton Square to top New York City developer Bruce Eichner, among others.

In 2017, Van Doren was ranked in the top one percent of agents in the country by the REAL Trends/Wall Street Journal’s annual ranking. She joins Corcoran after 16 years of affiliation with Stribling & Associates.

Prior to her career in real estate, Van Doren was an entertainment industry executive overseeing acquisitions for both Bravo and HBO, and acquiring rights to movies, television and documentaries.

She is a Certified Negotiation Expert (CNE) and was awarded a Bachelor of Arts in American architecture and design from Wesleyan University.

Houlihan Lawrence announced the appointment of Elizabeth Nunan, a 20-year veteran of the company, as Chief Operating Officer (COO). 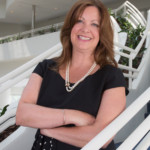 Nunan – who spent 20 years at Houlihan Lawrence heading its Global Business Development team – most recently worked as the Executive Vice President of Member Services at Leading Real Estate Companies of the World (LeadingRE).

She was also the recipient of the LeadingRE Hall of Fame Award in 2011 and Worldwide Employee Relocation Council’s (ERC) prestigious Distinguished Service Award in 2016.

A 32-year veteran of the company, Dalton is credited with many aspects of Houlihan Lawrence’s success, perhaps most notably building the firm’s community-driven culture and driving its many charitable efforts. 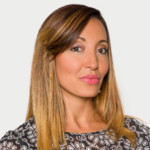 Citi Habitats announced that licensed real estate professional Nassima Nina Toumi has joined the firm.
She will work out of the brokerage’s Park Avenue South office.

Toumi was previously an agent at Caliber Associates, where she was among their top ten producers for 20 consecutive months.

While she is well-versed in all Manhattan neighborhoods, Toumi does substantial business in Midtown East and West, specifically in these communities’ luxury high-rise towers. She has experience in helping home seekers, landlords, sellers and investors alike.

Before embarking on her real estate career, Toumi was a personal trainer at a leading Manhattan gym, fitness model and competitive athlete in kettlebell sports. 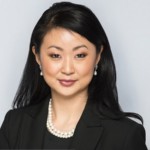 She will operate out of the new brokerage headquarters that Akam recently opened at 260 Madison Avenue.
Veronika holds a bachelor’s degree in economics from Samarkand State University and is fluent in Russian.
Before becoming a real estate broker, she worked for BMG Pharmaceutical Company as a Senior Sales Manager. 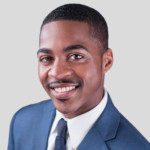 Forbes joins Ideal’s Court Street office and will focus on residential real estate rentals and sales in the Brownstone and North Brooklyn areas.

Forbes, who previously worked at Ideal for nearly four years, rejoins the firm from Stribling & Associates.
Forbes holds a Bachelor’s degree in Computer Science from Delaware State University. He also is a volunteer for God’s Love We Deliver, a nonprofit serving meals to those living with serious illnesses.

Agents Leisa Aras, David Popplewell and Brian Blessinger will take on the roll of coaching fellow agents in different areas of expertise.

Aras, as the Sales Productivity Coach, will be tasked with mentoring agents in all sales techniques. Popplewell will do the same in the rental area and Blessinger will concentrate on being the Soft Skills Coach.