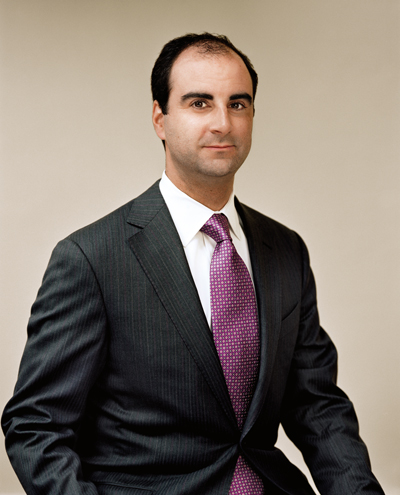 SL Green Realty Corp. announced that is has appointed Andrew W. Mathias, SL Green’s president, to the company’s Board of Directors.
Mathias’s career progression at SL Green has been steady and impressive.

Having joined the company in 1999 as a vice president, he was promoted to director of investments in 2002. Two years later he was promoted to chief investment officer, a post he held until 2011, adding the title of president in 2007.
Prior to joining SL Green, Mathias served in various positions with Capital Trust and its predecessor, Victor Capital Group. Earlier, he worked on the high yield and restructuring desk at Bear Stearns.
Mathias earned a Bachelor of Science degree in economics from the Wharton School at the University of Pennsylvania.
•••
FirstService Residential announced that industry veteran Robert Scaglion has joined the company as executive managing director.
Scaglion brings tover 25 years of experience during which he earned the reputation as a noted authority on real estate sales, marketing and leasing.
As part of the FirstService Residential executive team, Scaglion is responsible for business development, pre-development consulting for new rental developments, re-positioning existing rental assets, as well as developing a marketing and leasing platform for rental properties.
As senior managing director for Rose Associates, Scaglion previously was responsible for developing the largest third party leasing and marketing service for private owners, institutional investors and REITS in New York City.
Before that, as director of business development for Citi Habitats, he was responsible for the creation of the company’s on-site leasing and marketing department.
•••
Harlan Hollander, JD, has been promoted to executive director at Cushman & Wakefield in East Rutherford, making him one of the youngest executive directors in New Jersey.
The appointment marks Hollander’s fourth advancement with the commercial real estate services firm, which he joined in 2005 as a corporate advisory and tenant representation specialist.

Hollander consistently has been one of the office’s top producing brokerage professionals, with involvement in some of New Jersey’s most significant transactions.
He was one of the leading team members in Valeant Pharmaceuticals’ 310,000 s/f headquarters lease in Bridgewater.
Prior to joining Cushman & Wakefield, Hollander was a practicing attorney at a Manhattan-based law firm.
He earned a bachelor’s degree in business consulting at the University of Michigan, Ann Arbor, and continued his education at New York Law School, where he obtained his JD degree.
***

Colliers International announced that industrial specialists Jonathan Tesser and Michael Markey have rejoined the organization as executive managing directors.
Based in the Central New Jersey office, Tesser and Markey will focus on providing brokerage and advisory services for the sale and leasing of industrial real estate in Northern and Central New Jersey.
Working as a team for the past 26 years representing both tenants and landlords, they have arranged approximately 50 million square feet of real estate transactions on behalf of a wide range of firms, including Johnson & Johnson, Staples, Sports Authority, Bristol Meyers Squibb, BASF, Synnex Corporation, Axial Corporation, Rema Foods, Inc., and Graham Packaging, among many others.
A 27-year industry veteran who specializes in industrial sales, leasing, development consultation, and market analysis, Jonathan Tesser originally joined Colliers International in 1990, where he earned the firm’s Top Producer designation seven times. He remains an active SIOR member.
A CoStar Power Broker each year from 2009 – 2013, Mike Markey also originally joined Colliers International in 1990.
He is a long-standing member of the Senior Counsel for the New York Tri-State area’s Industrial and Office Real Estate Brokers Association (IOREBA), and served as its President from 2003-2004.
Prior to rejoining Colliers, Tesser and Markey both held senior executive positions with Jones Lang LaSalle.
•••
The international law firm Bryan Cave LLP announced that Jed Weiss has joined the firm’s Land Use Team in New York as senior planning and development specialist.
Weiss brings 15 years of professional experience in New York City government to the firm, including work at the Department of City Planning, the Board of Standards and Appeals and, most recently, as the Department of Buildings’ executive zoning specialist.
In this position, he issued more than 2,000 zoning determinations on behalf of the NYC Development Hub and the Manhattan Borough Office and advised the first deputy commissioner, the press secretary and other senior staff on zoning-related matters.
Weiss received his M.A. from Miami University in 1998 and his B.A. from Clark University in 1996.
•••
The Carlton Group announced the hiring of Richard Travaglini as director of leasing.
He was previously director of leasing at Mack-Cali Realty Corp’s Edison, New Jersey office where he was responsible for the leasing of more than three million square feet of suburban office properties.
Travaglini’s primary responsibility with The Carlton Group will be the leasing of 600 Community Drive in Manhasset, Long Island, a Class-A, 250,000 s/f office building.
The building was leased to an international media conglomerate for the past 20 years and is now offered to the market for the first time.
Travaglini will also facilitate the multi-million dollar capital improvement program the building is currently undergoing drawing from his extensive experience in repositioning suburban office properties.
Previous to Mack-Cali, Travaglini worked at URS engineering as the vice president of Corporate Real Estate.
He graduated with a BS in Architectural Design from Clemson University.
•••
JLL has hired Jason Schwartzenberg as an executive vice president in its New York office.
He will be responsible for new business development and tenant representation services, working with Robert Martin, vice chairman, and his team of real estate professionals.
Schwartzenberg has 12 years of experience in New York real estate.
Prior to joining JLL, Schwartzenberg served as corporate managing director with Studley Inc., where he was responsible for new business development, tenant representation services and market research.
His clients included First Investors, Herzfeld & Rubin, Thomas Publishing, theladders.com, jibe, Weildinger Associates, and Wellington Shields.
Earlier, he was a business development manager with Torry Harris Business Solutions. Before that, he was involved in business development for five years for a number of early stage technology companies in San Francisco and New York.
Schwartzenberg earned a bachelor’s degree in business administration from Johnson and Wales University.
•••

Cushman & Wakefield announced that John Strachan, head of Global Retail has been appointed to the Board of Trustees of the International Council of Shopping Centers.
Strachan is a partner with the firm and based in London. He brings 35 years of retail sector experience to his duties as Trustee, and is experienced in handling leasing, sale and acquisition, valuation, rent review, and development consultancy for high street shopping, retail parks, and shopping centers in the UK, Italy, Spain, France, Russia, India, and China.
Strachan’s responsibilities as a member of the ICSC Board will include assisting the organization in implementing its strategic mission globally, together with the other 51 voting trustees.
He will serve a three-year term on the Board of Trustees.
•••
Real estate law firm Belkin Burden Wenig & Goldman LLP (BBWG) announced that Lawrence T. Shepps has joined the Firm as Of Counsel in the Real Estate Transactional Practice in New York.
Shepps joins BBWG from the New York office of Wachtel Missry LLP, where he was Of Counsel in the firm’s Real Estate Practice.
Bringing 16 years of experience, Shepps advises and represents clients in all aspects of transactions involving the acquisition, disposition, financing, leasing and licensing of commercial real estate properties.
Admitted to practice law in New York and New Jersey, Shepps earned his J.D. from Brooklyn Law School and his B.A., cum laude, from The University of Massachusetts at Amherst.
•••
Mark Eisenberg has been promoted to senior broker with Evergreen Insurance & Risk Management.

He joined the firm May of 2012 as a licensed agent.
Before that, Eisenberg worked at AWS (Advantage Wholesale Supply), a maintenance supply company as one of the top salesmen.
At Evergreen Insurance, he he represents several prominent property management companies and building owners in the tri-state area.
He is currently the insurance broker for 227 buildings primarily located in New York City.
•••
Robin Judson Partners, an executive recruiting firm focused on hedge funds, private equity and investment banking, has welcomed Lorrie Landis as a managing director.
Previously, Landis served as a consultant for two major distressed credit hedge funds, which followed three years at the Tulane University Investment Office managing alternative investments.
Her prior experience also includes: co-founder and managing general partner of a woman-owned long short credit and distressed hedge fund; nine years as partner, assistant portfolio manager and senior analyst at Caspian Capital Partners (Mariner Investment Group); and, ten years as vice president and associate in various capacities at Drexel Burnham Lambert in New York Investment Banking, before, during and after the firm’s bankruptcy.
Landis holds an AB from Smith College, a Masters from Harvard University and an MBA from New York University.
•••
Greystone announced that Keith Hires has joined as a managing director.
With more than 25 years of real estate experience, Hires has executed transactions in excess of $7 billion during his career.

He was most recently a managing director at Guggenheim. Prior to Guggenheim, Hires served as a managing director at Prudential Financial. Earlier in his career, Hires was director in the
Multifamily Division of Freddie Mac and vice president at JE Robert Companies.
Hires holds a BBA from the University of Georgia and an MBA from Georgia State University.
•••
Eastern Consolidated continues to expand with the addition of Christopher Matousek, CPA, as a director for financial services.
Matousek will focus on market analysis, research, financial due diligence, and the structure of cash-flows assumptions and projections.
Previously, Matousek was a member of the Valuation and Advisory Services Group at CBR. Before that, he served as a controller for PSB Realty Advisors and All Crane Rental Corporation.
Among his notable assignments was the valuation of multiple office buildings for Duke Realty Corp./Blackstone Group’s $1.1 billion acquisition of an 82-building portfolio in 2011.
Matousek graduated from Ohio State University’s Fisher College of Business with a specialization in accounting.

Red Hook has all the ingredients to be next hot neighborhood