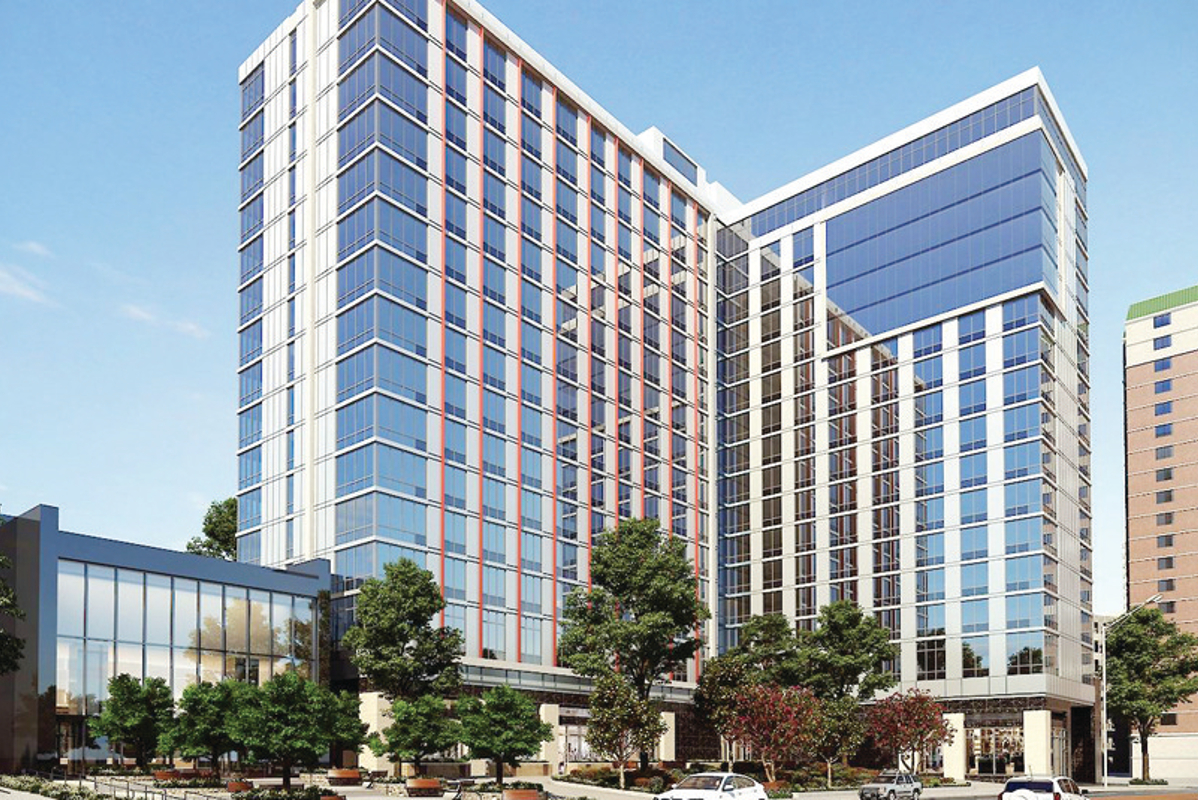 One of Westchester’s biggest towns is poised to become a new hotspot for those looking to have a city feel with suburban comfort.

White Plains, just a quick trip north of Manhattan on the Metro North, is experiencing a new development residential boom. More than a dozen luxury rental buildings are in the works, and several are completed and currently leasing.

Paul Sarlo, an agent with Douglas Elliman, works in the firm’s office in Scarsdale, an affluent suburb near White Plains. He calls White Plains a “hidden gem” that is about to get a lot more popular.

“There’s nothing else like it in Long Island or Westchester,” said Sarlo, who said the closest comparable city it resembles is Stamford, CT.

Sarlo characterized many residents of White Plains as those who have left Manhattan to find  “a little more elbow room,” as well as existing Westchester residents who are looking to downsize from a house and want to live in a more urban environment, but aren’t quite ready for Manhattan.

The area boasts highly-ranked public schools, a quick express train trip into Manhattan, hiking and biking at the nearby Bronx River Parkway Reservation, and a walkable downtown area dotted with restaurants, nightlife, and shopping.

There’s even a Westchester Knicks team, which is part of the NBA G League, that plays home games at the Westchester County Center in White Plains.

“People love the idea that everything is walkable,” said Sarlo. “To the train, shops, restaurants, theater, Starbucks. It feels city-like, but with a little more trees.”

Sarlo, who has been watching White Plains grow and attract more people for the last 12 years, is in the town daily for work. He does most of his business there at the Ritz Carlton Residences, and some at Trump Tower at City Center, a 35-story condo tower built in 2005.

The sales market is strong in White Plains, with condo prices ranging from the mid-$600’s to a high of $2.6 million, a sale that Sarlo himself worked on at the Ritz Carlton Residences. Single family homes average around $700,000, he said.

“Things have just been on a steady pace, we don’t want things to go crazy,” said Sarlo.

Douglas Elliman just released its 3Q residential sales reports, and it found that price trend indicators were “mixed” as sales declined. Homes spent less time on the market, and there was a higher listing discount.

In 2013, developer the Daten Group purchased three parcels of land in White Plains for $28 million to build three separate luxury rental buildings with a combined total of 104 units. Now, four years later, after partnering with White Plains-based developer The Lighthouse Group, all three are complete and fully occupied: La Gianna, The Dylan, and The Reed.

Among the luxury rental developments in White Plains are several sleek buildings with prices starting at $2,200 for studios, and going up from there to $2,680 for one-bedrooms, $3,895 for two bedrooms, and $4,770 for three bedrooms.

The buildings feature luxury amenities like swimming pools, landscaped decks, lounges and bike storage, the same kinds of building perks that renters in Manhattan, Brooklyn, and Queens expect from a luxury rental, and at the same price.

Comparing several NYC buildings to White Plains buildings, the prices aren’t much different, so what would keep someone in White Plains when they could spend the same amount and be in or much closer to Manhattan?

It’s all about space, according to Sarlo.

“You’ll see prices are the on the higher side, but you are getting more for your money,” he said, adding that the average rental price in White Plains is $3,000 per month, but the average square footage is almost twice as much as a similar apartment in New York City property. Even parking costs extra in some White Plains rentals, but those are cheaper than NYC too.

Whether it’s more space, a more suburban environment, or the arts and entertainment options that are drawing people to White Plains, Sarlo isn’t expecting that to change anytime soon.

“I think with all these developments within walking distance to the train, it’s not going to be a hidden gem for long,” said Sarlo.