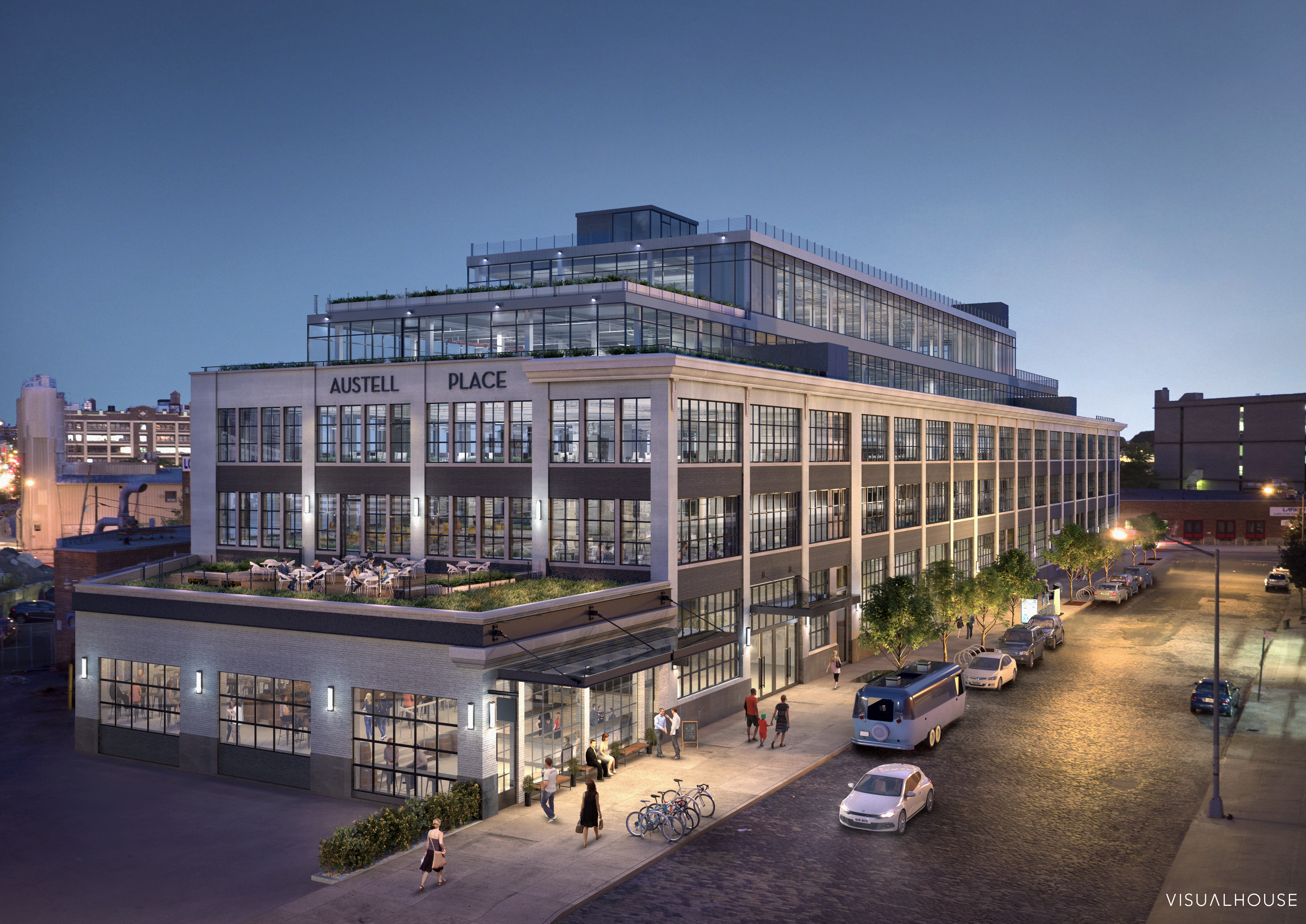 The firm will provide a full range of leasing and marketing services for the under-construction, Class A, 171,000 s/f office building.

“When the renovations are complete, Austell Place will distinguish itself as one of the newest and most modern office buildings in the coveted Long Island City market,” said Rotter.

“Designed specifically as creative office space, the building will cater to tech/media companies, fashion firms and corporate users. The surrounding neighborhood offers some of the finest places to eat, drink, shop, and experience art and culture.”

Drake Street Partners LLC and Normandy Real Estate Partners acquired what was a 130,000-square-foot building from Time Equities for $35 million in late 2015. The building was also known as 47-37 Austell Place and 47-51 Austell Place.

The owners launched a complete renovation of the three-story former warehouse and office facility in late 2016.
Normandy, Drake and GEM are converting it into Class A office space. Kimmerle Newman Architects designed the building renovations and A+I Architecture designed the lobby and common amenities.

Amenities will include 25,000 s/f of usable terrace space, a roof deck, ceiling heights from 13 to 16.5 ft., a lobby lounge, a locker room with showers, bike storage, dedicated parking and a tenant-controlled HVAC system.

Austell Place is near Hunter’s Point subway stop on the 7 train, which is two stops from Grand Central Terminal.