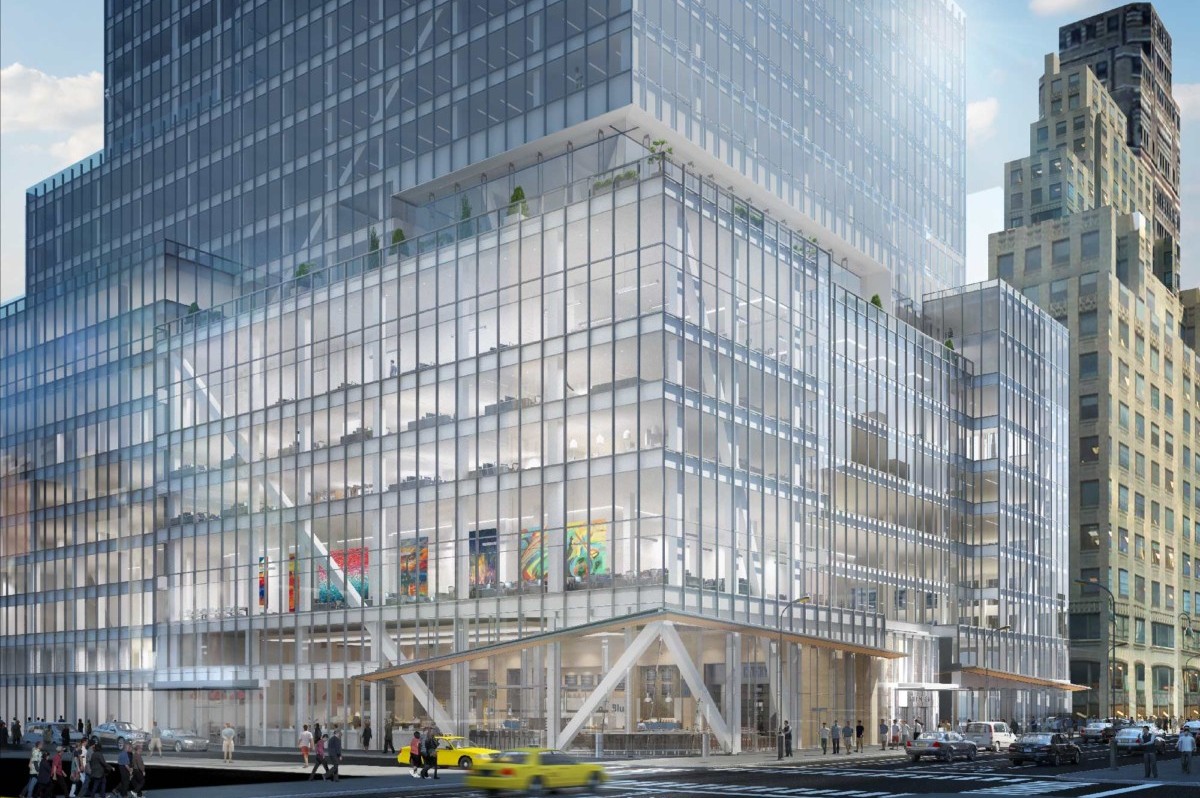 L&L Holding Company has topped out 390 Madison Avenue, which is undergoing the most ambitious re-massing in New York City history.

Chairman and CEO David Levinson and president and chief investment officer Robert Lapidus were joined by their 390 Madison Avenue design, engineering and construction team, as well as New York State Comptroller Thomas P. DiNapoli, to celebrate the topping out of the office tower.

During the ceremony, the final beam of steel, signed by the 390 Madison team, was lifted to the top of the building, thus marking the completion of its structural transformation from a 291-foot tall, 24-story structure to its new height of 32 stories and 373 feet.

In addition to the eight new floors at the top of the tower, the original mid-20th Century tower is being completely transformed into a light-filled tower featuring massive column-free spans, high ceilings, modern infrastructure, a new façade of transparent, floor-to-ceiling glass, and 13 outdoor terraces.

The re-massing also will produce a series of light-filled, double-height floors and a triple-height tenant amenity space. “For 390 Madison, we have assembled a remarkable group of innovative architects, engineers, contractors and construction workers, who have teamed up for this once-in-a-lifetime opportunity to completely re-invent an office building that incorporates the best in modern amenities, views and outdoor spaces, as well as state-of-the-art-connectivity and green technology,” said Lapidus.

Added Levinson, “At L&L, we are dedicated to staying ahead of the curve in terms of understanding the evolving urban landscape and responding to the changing needs of top companies and the modern workforce. We are confident that 390 Madison Avenue will be a tremendous catalyst for Midtown East and will serve as a model for the next wave of development in the iconic Grand Central office district.”

The project is slated for completion in 2018.

In addition to 390 Madison Avenue, L&L Holding is currently developing the Norman Foster-designed 425 Park Avenue, which will be the first full-block office tower to rise on the famed boulevard in half a century.

The firm has developed a reputation for its combination of creativity, sensitivity and attention to detail for its work on landmark properties, including 200 Fifth Avenue and 195 Broadway, where a portion of the lobby has been restored and converted for use by Nobu Downtown and Anthropologie.

L&L Holding Company also recently announced it will serve as an equity partner and developer on the redevelopment of 1568 Broadway in Times Square into a cultural, entertainment, retail and hospitality experience.