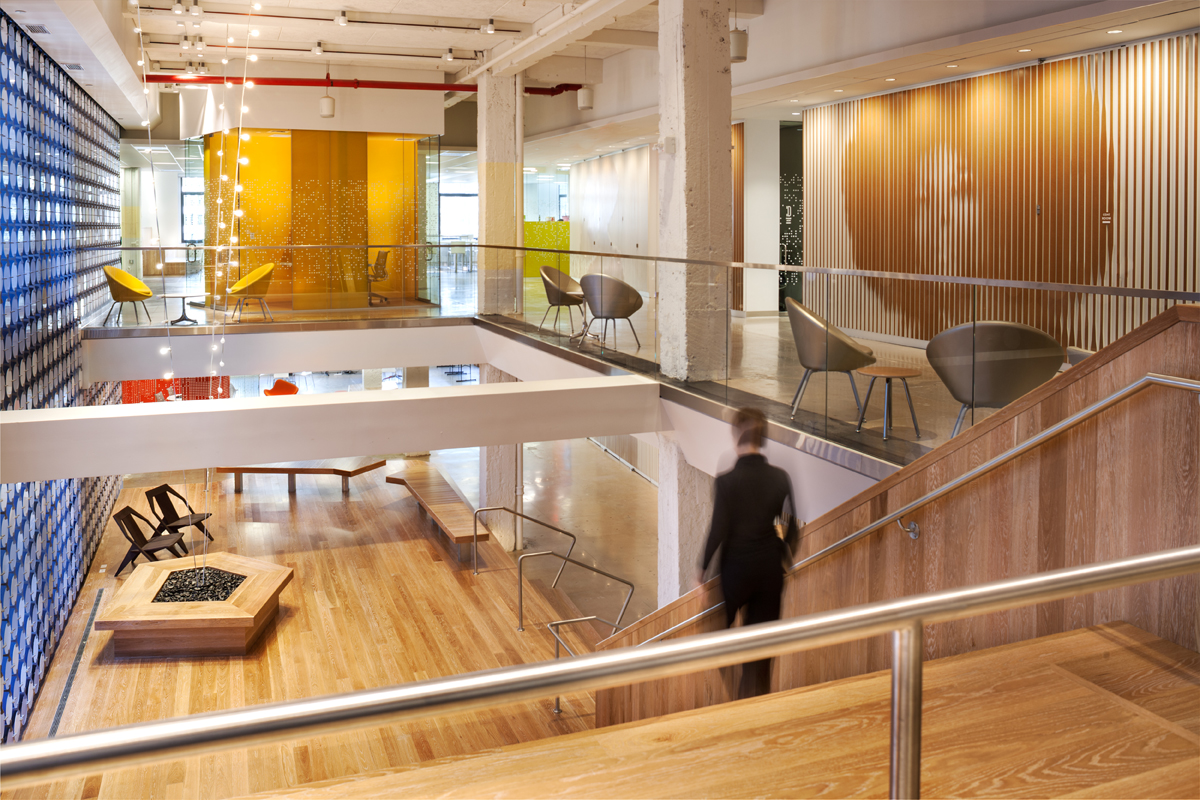 The panel discussion was moderated by CBRE’s Rocco Laginestra, and featured Michael Goldman of Brookfield Office Properties, Eldon Scott of UrbanSpace, Ryan Simonetti of Convene, and Jay Wright of The Wright Fit, who discussed the increasing importance of amenities in an industry which has traditionally prioritized assets on location and aesthetics.

One of the primary issues discussed by the panelists was the influence that community gathering spaces, gyms, eateries, and other outdoor areas can have in terms of appealing to the newer generations.

As employment continues to shift, the panelists explained, corporations have taken note and begun focusing on full amenitization packages to set themselves apart from the competition.

“We’re seeing a paradigm shift in that employees either cannot or will not separate their work from their personal life,” Wright explained.
“Whereas people used to try to build barriers between the two, now we’re seeing that people are becoming fully immersed in what they do.

“In the right environment, workers can become even more engaged, and an engaged worker is a productive one,” he added.

Simonetti drove home the point of how much in the industry has changed in the past decade alone.

Services such as Airbnb and Uber, he said, were services which would not have been possible in the 90s and early 2000s, and that companies are now thinking more about what it means to be part of a their buildings and the surrounding community rather than operate as independently as they have historically.

“Part of Convene’s model is to see if we can partner with landlords to meet their services in an on-demand basis,” he said. “The good thing is that landlords are also seeing how important amenitizing is, and so we’re starting to see better overall packages.”

Instead of focusing as much on the material amenities, Scott talked more about how important the intangible aspects of a package are.

While acknowledging that speed and quality are also very important, it was the intangibles, he said, that really relate to a workplace’s authenticity and sense of community.

“For example,” he said, “We like to ask ourselves, ‘What is an authentic experience?’ Historically, in Midtown, we have great restaurants, but there’s a large gap between the white tablecloth and the chain experience, and we feel that it’s as much about the dining experience as it is about the food itself.”

The panelists also touched on several other issues, such as construction costs, the importance of design choices, setting what one is offering apart from the building down the street, how to convince landlords to join this new economy through value propositions, and how to remain optimistic.