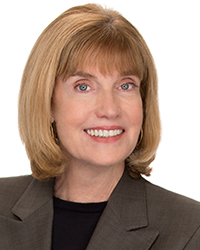 The residential brokers of New York have earned a reputation as some of the most driven business men and women on the globe.

The mystique of dealing with the most coveted properties in the world brings to mind an image of young millennials, sharply dressed and eager to advance upwards from rentals to major listings or seasoned veterans heading towards retirement with priceless experience in their pocket and the commissions of numerous sales in their bank accounts.
Dana Buckley of Corcoran doesn’t exactly fit into either of those molds.

“I basically was in advertising, I was known for my children’s advertising photographs. I was doing it between 20 and 25 years and it just started to feel like I did my thing,” Buckley told Brokers Weekly. “I wanted to get out of it while I was still on top.”

Buckley, who went back to school to obtain her Master’s from NYU in 2004, ended her tenure as a visual consultant/photographer at WOR Radio 710 AM and gave a life of leisure a shot. It didn’t take.

“My whole concept of having a more leisurely existence is not happening,” said Buckley, calling her latest professional endeavor “exciting” and “fun.”

“I enjoy making money,” she laughs. “It keeps you vital.”

A veteran of the art world and the author of two photography books, Dana Buckley: 50 and Dana Buckley: Living Desert, the Corcoran broker saw an opportunity to re-immerse herself in the professional world after a brief retirement.

She entered the industry writing rental deals on Long Island, but after three short months was ready for a bigger challenge. In January of this year, she took on her first — and thus far- only listing in Manhattan.

“Basically the Long Island thing just turned out to be a little slow for me, for my pacing,” she said.

“I’ve lived in New York my whole life and I definitely can have expensive taste, and if you like to live in New York, you have to be making some money.”

As most brokers will tell you, getting your feet wet in the industry can be a tad intimidating, regardless of where you start, let alone in New York. But the confident Buckley isn’t frazzled by her new surroundings.

“It’s not really nerve racking no,” Buckley said. “I’ve dealt with people my whole life because of my photography business. I’m a people person. I know how to communicate. I know this is a good property I’m selling. I know it’s going to sell.”

That property sits on 64th Street between Lexington and Third. It’s a townhouse that has five bedrooms, five full baths, and two half baths. The asking price is $9.95 million and, according to Buckley, the unit had received two offers as of late last week.

In a maneuver which may seem unthinkable to most brokers, Buckley decided to focus on this sole listing until the sale is finalized, despite other potential opportunities in her midst.

“I pretty much wanted to focus on this as much as I could, seeing as it was my first listing and it was a big listing.”
Buckley said that she has been able to utilize her artistic background in advantageous ways, including updating the home, which was a bit outdated when she took it on.

“I literally asked [the sellers] to get all of their stuff out of there because they’ve been here since 1996,” said Buckley, adding that she immersed herself in the painting and repairs needed before the property was shown.

“I’m visually tuned in, I have a heightened sensory when it comes to looking at things,” she said.

“There were some things visually that I felt like I wanted to change a little bit. If you saw the way this house looked before and how it looks now, you wouldn’t think it’s the same house. It had a total face lift.”

While Buckley admits that she has started her career in the Big Apple at a walk instead of a run, she is no way taking her career lightly and has designs on brisk expansion once the ink on her first deal dries.

“I’m going to try it and I figure I’m going to give myself three years,” said Buckley. “TI think the people at Corcoran are amazingly nice, I really like working there.”

But despite her keen eye and professional experience, Buckley understands that she’s entering the game a bit later than most, and perhaps that could impact how she is perceived.

“I guess one thing is that I’m not pushy in my personality,” she said. “There are a lot of brokers that are. I don’t know if that’s going to end up being to my favor or not. At this stage of the game I’m more likely to be sensitive to people’s emotions.

“I’ve been this way for a long time and I hope that it works to my benefit, but it’s pretty early in the game to know.”
Regardless of how many properties she sells in the future, Buckley has a strong support system behind her.

She currently lives in Tribeca with her husband, an art dealer. She has one daughter.

“My husband has always been supportive of my career and it makes living a lot easier if you have a duel income family, so when I stopped making money for a little while, there was a bit of an adjustment,” admitted Buckley. “I think he’s happy that I’m making money again to be honest.

“It goes in circles your life. I feel like I’m back in my old neighborhood. I would never have thought that I would like being here because when I was growing up, I knew I wanted to live downtown.

“If you grow up here, I’ve just realized you can’t go anyplace else.”

You are what you wear in New York City real estate