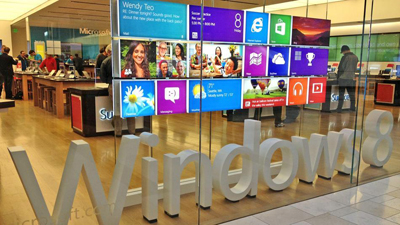 Software giant Microsoft announced it will open its first retail store in New York City on a tony stretch of Fifth Avenue.

The company signed a lease to open a flagship store at 677 Fifth Avenue, near 53rd Street, according to the company’s blog, where David Porter, corporate vice president of worldwide retail stores at Microsoft, announced the news in a post.

“As our first flagship store, it will serve as the centerpiece of our Microsoft Stores experience,” wrote Porter. “This is a goal we’ve had since day one — we were only waiting for the right location. And now we have it. Our Fifth Avenue location will be much more than just a Microsoft store.”

Luxury fashion brand Fendi formerly occupied the space at 677 Fifth Avenue, a posh shopping corridor that boasts some of the most expensive retail rents psf in the city. The clothing retailer left the space last year to move to a spot on Madison Avenue.

It was reported in August that Microsoft had been eyeing the 8,700 s/f space that was marketed by Cushman & Wakefield. According to a recent market report from the company, average asking rent in the area is $2,749 psf. Cushman and Wakefield’s Andrew Kahn, Jesse Hutcher and Jonathan Scibilia represented the landlord 677 Fifth Avenue Corp, in the lease while CBRE‘s Richard Hodos represented Microsoft.

The store will have “experiential space” as well as retail, according to the company. It is expected to open sometime in 2015.

“While we build out the Fifth Avenue location, we will continue to open more stores — in fact, we’re opening 10 more locations in time for this holiday season,” said Porter. “But our New York flagship store – five years in the making – will be worth the wait.”

The company’s first retail store opened in October of 2009 in Scottsdale, Arizona. Since then, the Mircosoft has been aggressive in furthering its retail reach, opening 104 retail store locations in the United States, Canada, and Puerto Rico.

“When we opened the first Microsoft retail store back on Oct. 22, 2009, our intention was simple: deliver outstanding choice, value and service for everyone who walks into our stores,” said Porter. “Microsoft Stores were designed to create a meaningful, direct connection to our customers and give them the best place to experience and purchase Microsoft technology.”

Rival company Apple has about 254 stores in the United States, according to the company. Apple’s iconic “cube” store is just blocks away at 767 Fifth Avenue.

$1.5B Queens development tempts Durst out of Manhattan