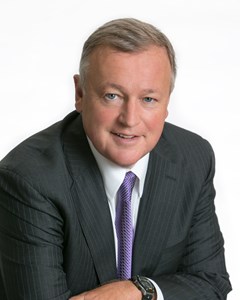 China has dominated the North American investment sales market in the past 12 months, investing over $1.6 billion in US properties, according to a new report from DTZ.

North American investors dominated the U.S. market, acquiring nearly $76 billion of assets in the year to Q2 2014 and representing 84 percent of market activity and, on the sell side, reaching net sales of close to $4 billion.

“More than a quarter (27 percent) of the capital targeting the main eight cities originated from Asia Pacific. China represented the biggest investor by source with close to $1.6 billion invested, reflecting a similar trend in Europe.

The DTZ investment market update for the United States, covers volumes on a national level in deals greater than $20 million. The analysis focuses on the top eight U.S. markets where activity reached $89 billion in the period, a 23 percent increase over the previous 12 months. In most cities, cap rates are now close to their 10-year low: at 4.3 percent, San Francisco now has the lowest cap rate and close to a ten-year low of 3.7 percent.

“Despite a small, seven percent quarter-on-quarter fall in activity to $59 billion, the US market continues its upward trend, reaching a new post-crisis record of $267 billion, representing a 33% increase on the same period a year ago,” said John Wickes, Head of Americas Research at DTZ.

“In the eight key U.S. cities we monitor, volumes rose by 38 percent over the quarter, pushing volumes over the past year to 23% higher than the same period a year ago.”

The strongest growth was recorded in Boston, San Francisco and Los Angeles; Manhattan, while still attracting the highest volume of capital, was down three percent, which has caused investors to look to other major centers.

Unlisted funds remained the most dominant investors on the buy side, with $39 billion invested in the past twelve months, and also were heavy sellers.

Listed companies were also acquisitive, at $13 billion invested over the same period.

Of property types, office investments have been by far the major source of activity, representing two-thirds of investment, a level typical for the major cities monitored.

Since the beginning of 2009, the office sector has typically represented 70 percent of all deals over $20 million.

Retail was the next largest segment, with $16 billion invested, representing 18% of investment activity. Industrial assets represented a further 12 percent or $10 billion of investment.

The strong weight of capital has pushed office cap rates to near ten-year lows.

“Looking ahead, we see US volumes and prices rising further. With a new record of nearly USD $150 billion of new capital targeting the US markets, investors will need to move up the risk curve to achieve the same returns,” said Nigel Almond, Head of Capital Markets Research at DTZ.

“Relative value, as measured by our Fair Value Index remains good for the moment, due to low government bond yields. Time might be running out for investors to take advantage, as bond yields are expected to increase in the next few years.”