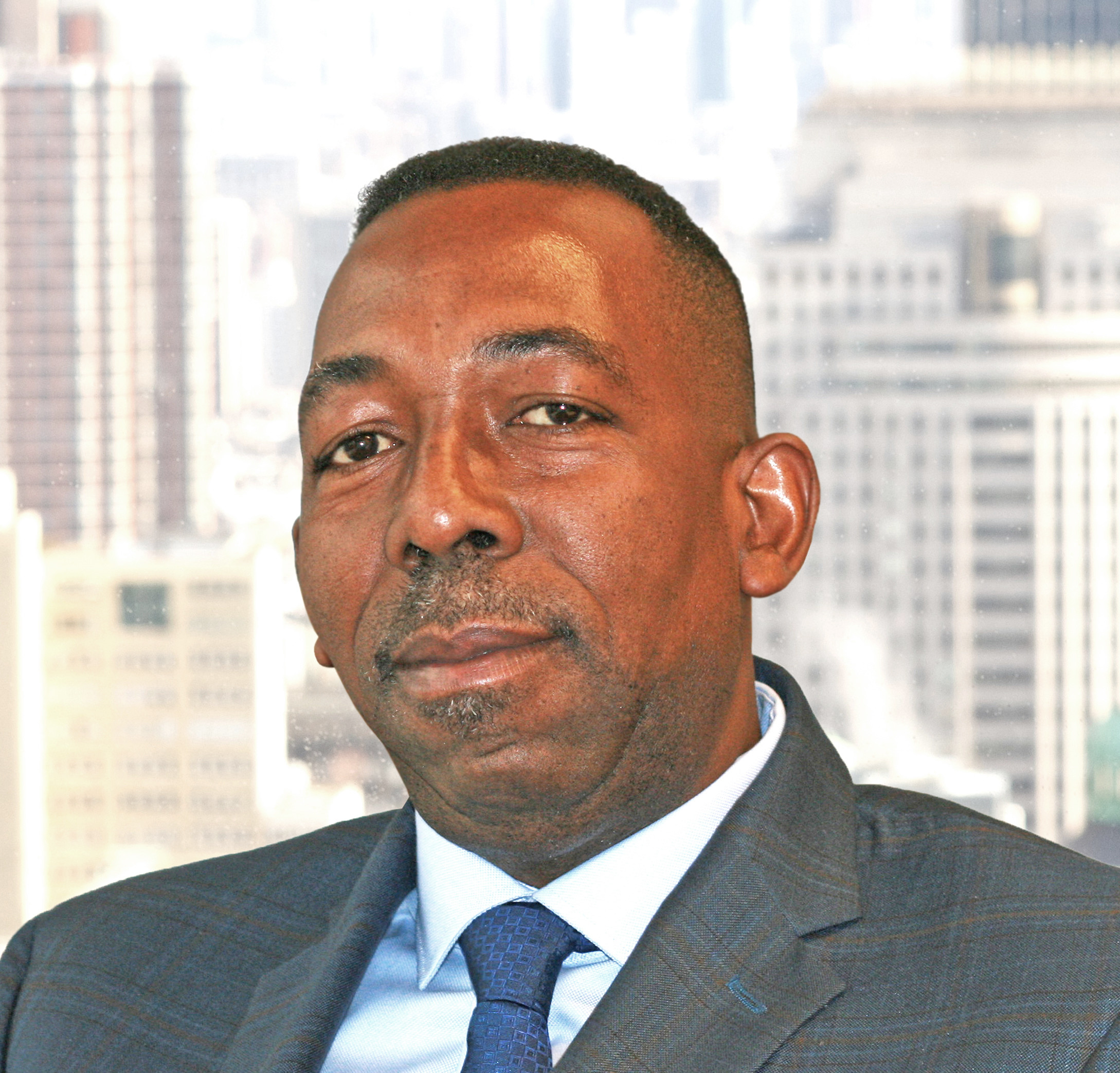 If it weren’t for soccer, Everard Martin might not be where he is today.

Growing up in Jamaica, Martin’s footwork earned him a scholarship to one of the top high schools on the island. Once there, however, his mind lingered on the field more than in the classroom.

“I didn’t perform too well academically so I was forgiven, if you will, that opportunity and was taken out of school,” he said. “I was a great player but I just wasn’t performing [academically]. That was the lifestyle, I guess, at the time.”

Back in his hometown of Kingston, Martin found an opening at another high school, a technical institute, and decided to make his studies a greater priority. As a midyear arrival, though, his options were limited.

“I actually had a love for management and the only thing they had availible in construction was management, so I thought maybe putting the two together would make sense,” he recalled. “I decided to do that and fortunately I excelled in it and have for many years.”

Today, Martin is a 24-year veteran of New York’s construction industry. After two decades with Plaza Construction, he jumped to Broadway Construction Group in 2015 and, earlier this year, he took over the role of president.

A proponent of the “Say What You Mean, Do What You Say” philosophy, Martin hopes to cultivate a reputation of trust and transparency at the young but growing firm. Founded in 2013, BCG merged with Zephyr Construction last year and remains in expansion mode, aiming to grow its staff of 55 by as much as 100 percent during the next year.

“That is going to be driven by the opportunities that we’re able to bench,” he said. “But we don’t want to be the biggest firm in the state. [We want to] be very hands-on and complete in our processes.

“If we do get there, one thing that will remain constant is that we’ll never lose sight of making clients aware that we’re on their side. We think it’s our distinction between us and our competitors.”

Last month, Martin sat down with Real Estate Weekly to discuss his hopes for BCG, his decision to leave Plaza after 20 years and his non-traditional path into one of the biggest construction markets in the world.

Like many of his childhood peers, Martin said he grew up wanting to be a police officer but construction management an engineering proved to be natural fits. He studied both while earning his associate’s degree from the College of Arts, Science and Technology in Jamaica.

After a stint working in civil construction in his home country, he emigrated to the United States with his brother Octavius in 1989, moving in with their mother who had been living in Brooklyn for years. While his brother entered the army, Martin continued his education, enrolling at the nearby Pratt Institute.

To support himself, Martin found employment a restoration company—based, fittingly, in Jamaica, Queens. His first job, however, included a three-hour commute to and from eastern Pennsylvania, which he managed to do between classes.

While he took his final undergraduate classes at Pratt and, subsequently, earned his Master’s degree at Stevens Institute of Technology in Hoboken, Martin worked for the Dormitory Authority of New York, which he credits with giving him his first real taste of the construction industry.

“Only then did I really understand what it would take to grow in this business,” he said. “So, the Dormitory Authority was really the door opener for me and, fortunately, I was blessed to have a very kind, caring and diligent boss who showed me the ropes and walked me through the processes.”

After five years there, with graduate school behind him, Martin joined Plaza Construction in 1995.

He cut his teeth there on an in-house project, converting a property on 57th Street that had been used by the firm’s parent company at the time, Fisher Brothers, into a new Plaza headquarters.

“Your own [company] is the worst client,” Martin joked, “because you’re seeing them every day, they’re seeing you every day and they’re asking you all these questions: when [will this be done] and how much [will it cost]?”

He completed seven other major projects for Plaza, each taking between 24 and 30 months and ranging from office towers to high-end condos and rental buildings.

Martin worked his way up to a vice president position and thwarted off an enticing recruitment effort in 2013.

“It was a difficult decision because those guys are like my family,” he added. “We’ve gone through the ups and downs and even to this day I maintain a good relationship with my boss there.”

Martin said BCG’s open book policy and its commitment to building partnerships with its clients made the company a good fit.

Also, with BCG maintaining an affiliation with GFI, much as Plaza had with Fisher Brothers, he said it was an environment in which he felt comfortable.

In fact, Martin said he’d hoped to get involved with the development side of the business when he joined the firm. However, with the growth on the construction management side of the operation, he said he was happy to serve where he was needed most.

“I’m still exposed to the development side but not as I wanted, so maybe it’s my destiny to do what I do best,” he said. “Someone once said your talent is determined by what you do best with the least effort. That’s your talent.”