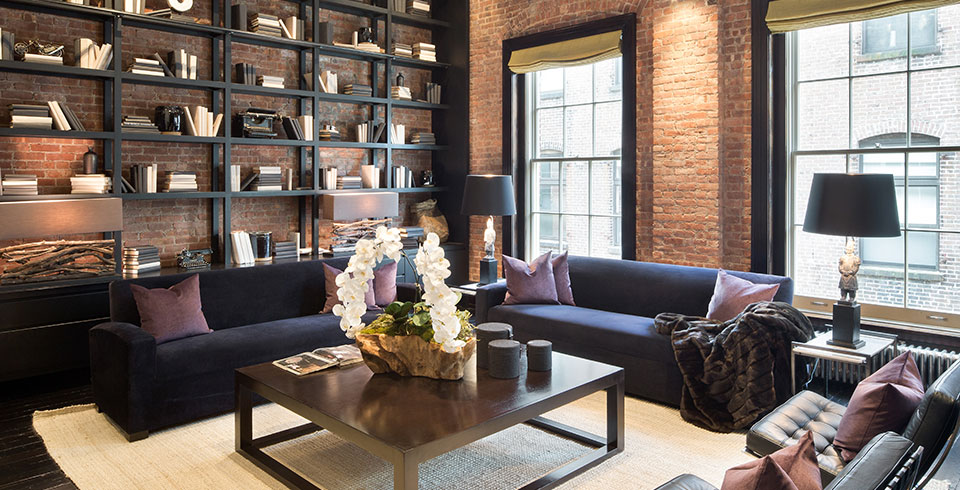 If you’re a broker and you’re not already using home staging, maybe you should be.

Staging homes and apartments for viewings by prospective buyers has become a big business, and more and more members of the industry are getting in the game.

Nationwide, 96 percent of brokers who work with buyers believe that staging a home that is listed for sale has an impact on a buyer’s view of the home, according to a 2015 survey by the National Association of Realtors (NAR).

They have good reason to believe that – the U.S. Department of Housing and Urban Development found that on average, a staged home will sell 17 percent higher than a comparable home that isn’t staged.
NAR’s research also concluded that if a home owner invests one to three percent of the value of their home in staging, updates and repairs, they could make/save eight to ten percent.

Meridith Baer was one of the first people to realize the value of staging a home, and how it translated to big business.

She started doing home staging in 1998, after fixing up her own home that she was leasing at the time in Los Angeles, while she worked as a screenwriter. The landlord was so impressed by how nice she made the home look, he wanted to sell it – which meant Baer had to leave.

“That was my reward, getting kicked out,” she joked.

Real estate brokers took notice right away, and soon she was being asked by numerous agents to design interiors for homes on sale.

“I was one of the first to do it in southern California on that scale,” she said. “I didn’t really know for a couple years that I had a real business, but I was enjoying it, and I love the feeling of being realized so quickly, as opposed to being a screenwriter and waiting for years.”

Baer began to see the huge demand for a business like hers, which basically assisted brokers in marketing their properties by bringing the spaces alive, so prospective buyers could visualize themselves in the home.

Now, 18 years later, Meridith Baer Home is a $35 million a year business, and works in homes from Los Angeles, to Miami, to New York City. Her company has staged homes owned by Heidi Klum, Gwyneth Paltrow, Harrison Ford, Madonna, and Robert DeNiro, among others.

Baer’s system for staging is a complex yet well-oiled machine that relies on everything being barcoded and tagged and entered into an electronic system. The company has 250 employees, a fleet of moving trucks, a 170,000 s/f warehouse in LA as well as a 40,000 s/f building in San Francisco where the company manufactures their own products, many by the company’s 35 in-house designers. Currently, there are 700 homes staged by Baer’s firm.

The company just launched a new website that allows users to search for furniture, art, and other home staging products, and is organized by style and city.

“I spend most of my own time touring the world, shopping, and finding as interesting things as I can find, so it’s a pretty fun job,” she said.

Baer and her firm pay close attention to changes in design trends, making sure to attend furniture shows all over the world, so they can stay “just ahead” of emerging trends. Beyond that, a home staging design (and price) can vary widely depending on the city and neighborhood.

While people will want a classic beach look in the Hamptons, in Manhattan, newer condos usually skew toward sleek and modern.

“I’ve recently seen a trend of people getting tired of the cold, modern look, they’re now wanting more textures and blends, and more of a richness,” said Baer. “They still want modern, but they want warm back. That modern look is only going to go so far.”

Thomas DiDomenico is a broker with Corcoran and a big proponent of using home staging.

“Especially in this climate, you really want the properties looking their best, with no disrespect to the public, you don’t want to leave things where it’s left with a little less imagination than (prospective buyers) can conjure on their own,” said DiDomenico.”

With two decades of experience in NYC residential real estate, DiDomenico has seen firsthand the difference home staging can make in selling a property.

“I’ve really seen the difference when something’s well done and in its best light, the numbers will dictate and you will see a differential,” he said. “No question in my mind, no matter the market, and right now the market is more challenging, so this is the time their services are of the utmost importance.”

In one recent sale in Tudor City, DiDomenico used home staging to show off a classic pre-war apartment with parque floors, and gave the home a sleek, contemporary styling. The apartment sold within a week, at over the asking price.

Home staging or styling is so important to DiDomenico, that in some cases he has even opted out of representing a property if the client refused to use a staging service.

“With certain properties, there’s no question, if you want “X” price, this has got to be part of the marketing plan, period. Others, you can say, maybe we just want to change some of the existing format for how some of the rooms are situated,” he said.

For DiDomenico, staging is one of the key elements in an overall marketing strategy, which includes online visual representation, like high-res photography or renderings, and even 3D visual tours.

“We have to present this image and that image is done through these vehicles,” he said. “People expect this now. So the beginning point on this one is the stagers, they are critical. I represent homes that are absolutely gorgeous but the space could be better repositioned for flow, and most people don’t give you pushback on it. They get it.”