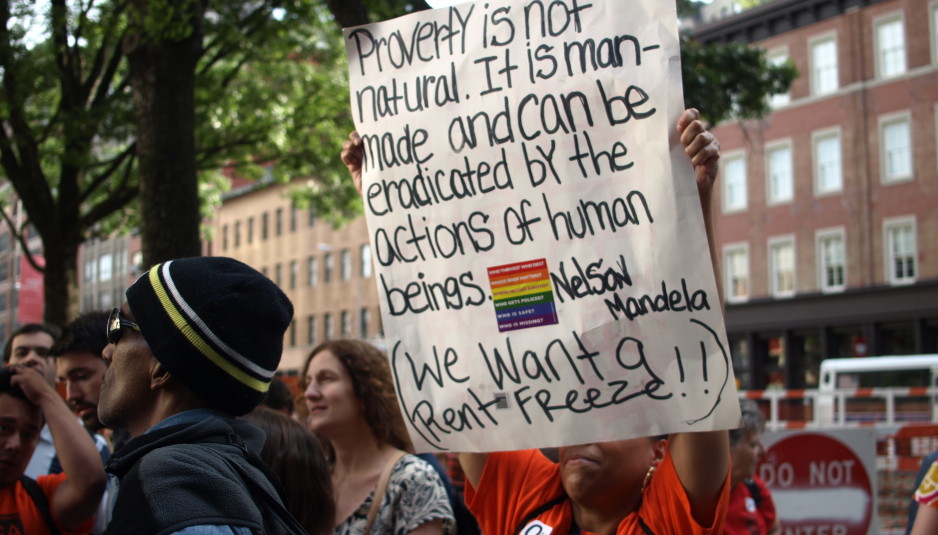 Four months after winning some of the strictest rent regulations in the nation, New York tenant groups are drawing up a “to do” list for the 2020 legislative session.

A coalition of around 50 tenant and social justice groups this week unveiled a list that includes scrapping MCI rent increases completely; banning eviction without a court order; and taxing the rich to house the poor.

“Let’s be very clear about who is behind this bill. It is a political document from the Democratic Socialists of America, who openly advocate for ending private ownership of rental property,” said Jay Martin, executive director of Community Housing Improvement Program (CHIP), an association of about 4,000 responsible owners and managers of over 400,000 rent-stabilized rental apartments.

“This isn’t about helping tenants. It is about punishing owners by taking control of their buildings. CHIP strongly opposes all efforts to implement housing socialism.

“If advocates and elected officials are serious about helping renters, our members will gladly work with them to promote proven methods like targeted vouchers for low-income tenants, seniors and the disabled.”

Under the umbrella of Housing Justice for All, the coalition of tenant groups this week released a list of legislative goals for the year 2020, including some that were axed from their original June demands.

One major tenant goal is to pass the Just Cause Eviction bill which would prohibit landlords from evicting tenants without an order from a judge.

Under Just Cause Eviction legislation, landlords would also be required to justify any rent increases above 1.5 percent of the consumer price index.

The bill would apply to any renter, not just rent regulated tenants but would exempt owner-occupied buildings with a maximum three units.

Calling the bill “a masked attempt to regulate all rental housing in the state,” Martin said the tenant proposals simply double down on policies that have failed for decades.

“Tenants deserve better than the disastrous socialist policies being peddled by the self-labeled advocates of Housing Justice For All,” he added.

Other goals announced by the Housing Justice for All coalition include:
Eliminating major capital improvement (MCI) rent increases;
Getting the state to commit to investing $3 billion to fix and preserve public housing, $2 billion of which would go towards NYCHA;
Funding 20,000 units of supportive housing as part of the development of 600,000 new units for low-income renters (those earning less than 30 percent of the area median income) which would be supported by an ongoing subsidy;
Passing the Home Stability Support Act, a statewide rent supplement for low-income families facing eviction or homelessness due to domestic abuse or hazardous conditions;
Taxing the rich enough to raise $10 billion a year for housing the poor.

In a statement, Housing Justice For All said, “There are a number of progressive tax solutions that would raise taxes on the rich in order to house the poor, and nothing should be off the table.”

Suggestions include scrapping 421-a and 485-a property tax breaks, instituting a tax on the top 10 percent of co-ops and condos, taxing people who earn more than $5 million a year (of which there are an estimated 5,600 New Yorkers), taxing hedge fund profits, a stock transfer and buyback tax and a pied-a-terre tax on non-primary homes worth $5 million or more.

Sponsored by State Senator Brad Hoylman, the pied-a-terre tax will be making its second bid to become law after failing to a vote in 2017.
Hoylman said he is currently revising the bill’s language ahead of any challenges in the coming legislative session, which starts in January. “I want to make it bullet-proof so it can survive any technical challenge,” he said. “I hope we can build on the success of the last session and protect tenants even more so moving forward.”

CHIP is leading a lawsuit against the stateʼs rent regulations. The state is trying to have the suit dismissed and is expected to submit its reasoning to the court in the next few weeks.

As for the new push for stronger rent laws, CHIP is especially opposed to the Good Cause Eviction bill, which is sponsored by State Senator Julia Salazar and Assembly Member Pamela Hunter.

A spokesman for the Rent Stabilization Association, another organization for owners, said, “The changes to the rent stabilization laws that were enacted in June have already constrained supply, prevented improvements to apartments and delayed development projects. Furthermore, these laws continue to do nothing to target relief for low-income New Yorkers. These additional proposals would only make the situation worse and exacerbate the affordability crisis even more.”