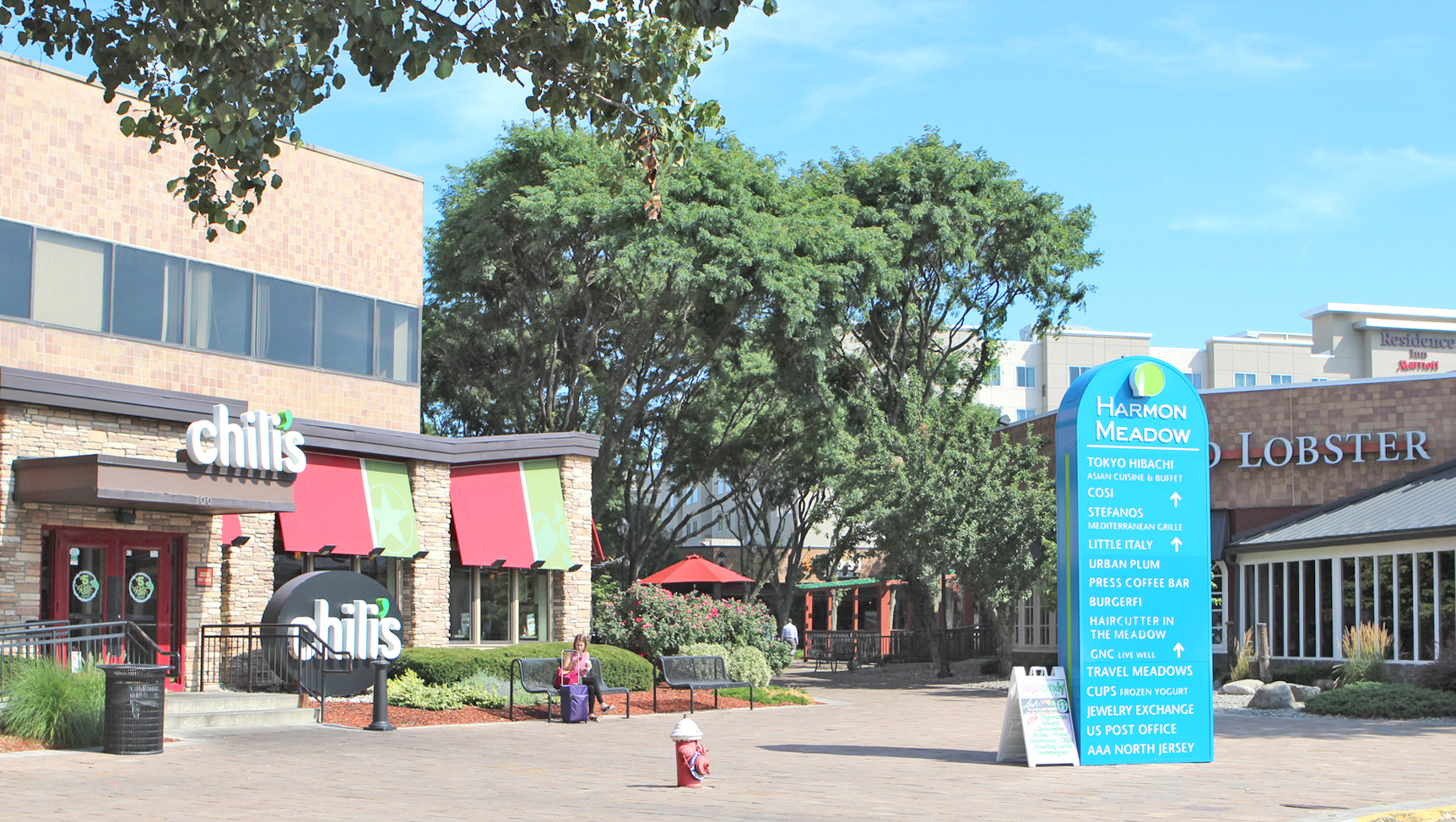 David Townes and Curtis Nassau of Ripco, the exclusive retail leasing agents at The Plaza at Harmon Meadow, said new tenants coming to The Plaza include Which Wich, Firenza Pizza, The Max Challenge and Big Bowls Little Plates.

“Harmon Meadow is a dynamic location. It benefits from an ideal road network, and a unique mix of office, hotel, retail and entertainment,” said Ripco’s David Townes.

According to Curtis Nassau, “The center is supported by 1,500 hotel rooms, the Meadowlands Convention Center, and the 14 screen Kerasotes Movie Theater. And Route 3 averages 118,000 cars per day. Additionally, the demographics are super strong with almost 300,000 people living and 100,000 people working within three miles of the center.”

The Carlton Group and New Valley, the new owners of the Plaza at Harmon Meadow, are planning a renovation to the center which will include a re-vamp of the landscaping and lighting, as well as new signage throughout the property.