Survey shows election is keeping home buyers at a distance

The prices for New York City real estate continue to hover near record highs. However, one factor is said to be keeping buyers at a distance. 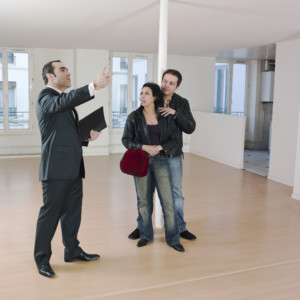 According to Corcoran’s third quarter market report, some homebuyers are waiting until after the presidential election before committing to deals.

In its survey of Corcoran agents, the brokerage found that 40 percent dealt with buyers that were waiting for election results before purchasing a property.

This has contributed to significant drops in the number of signed contracts and closed sales in Manhattan.

The report found that the number of signed contracts in the borough dropped by 18 percent year-on-year from 3,172 to 2,589 transactions. Meanwhile, the number of closed sales declined by 17 percent from 4,119 to 3,418 deals.

The Corcoran report is not the first to link the election and home sales.

According to Jordan Sachs, the CEO of brokerage firm Bold New York, buyers did pull back from the market around five months ago. However, with just under a month left before the polls, they’ve come back around.

“There was stronger pullback five months ago. In spring and in early summer, we were having more conversations with purchasers who say they want to wait it out. I think itʼs because we were kind of getting a much better idea of where the election is going over the past three or four months. There has been kind of a falling out in concern,” he said.

Sachs, whose firm specializes in the $1 million to $3 million residential market, said that real estate developer Donald Trump’s ascendancy in the Republican ranks initially created uncertainty. However, that has lost some bite in the previous months.

“I think that these elections, the reason there’s more uncertainty is because weʼve seen a wild card come into the picture – thatʼs Trump. Heʼs preaching government change in such a drastic way,” Sachs said.

“And while that was happening, weʼve seen him continue to get stronger with his approval ratings and his popularity. At first, when he came on the scene, we all said that thereʼs no way the rhetoric will take hold. Then he got more and more popular. Then voters had this moment of ‘Wait, thereʼs a guy who wants to make serious changes in the government and he might win.ʼ That was the perfect storm of creating some real uncertainty. I think in the past few months as his popularity, in my opinion, goes back down, there’s a strong feeling that Clinton will win.”

Popular and expert opinions are split on the possible effects of a Trump presidency on the housing market.

According to a Harris Poll conducted in behalf of real estate listings platform Trulia, Americans considered a Trump presidency to be good for the housing market.

In the head-to-head survey conducted in June, Trulia found that 39 percent of Americans expected housing values to rise if Trump wins. This figures represents a 10-point lead over Democratic nominee Hillary Clinton, who only got 29 percent in the survey.

The most surprising component of that report is the demographic breakdown. Both candidates scored lower with members of the political parties that they represent.

Nearly half of respondents who identified as Democrats (47 percent) said that Trump would elevate housing prices. Clinton only got 24 percent of the vote from Democrats.

Meanwhile, Clinton scored higher with Republicans. The survey found that 38 percent of Republicans saw housing prices going up if Clinton won. This is five percent higher compared to Trump’s.

Millennials also gave an overwhelming vote of confidence to Trump. The survey found 49 percent of Americans aged 18 to 34 years old considered Trump to be the better option for the housing market. This figure represents a 23 percent lead over Clinton.
Housing experts, meanwhile, saw it a different way.

A Zillow survey from last May found that a Donald Trump presidency would have a negative effect on the housing market. The report, which involved a panel of 100 housing experts, gave Trump negative marks on economic outlook, home values and housing finance reform.

The survey, which included candidates that have since dropped out, gave high marks to Clinton. She scored “neutral” on economic outlook while getting positive marks on home values and housing finance reform.

“Many of the candidatesʼ proposals sounds appealing to voters, but a closer look through the panelistsʼ economic lens reveals the potential impact of those proposed policies on our economy.  The results from this survey show us that, from these economistsʼ standpoint, the more centrist candidates from either party would be best for the economy and housing market.

“Respondents saw the more polarizing political leanings of Donald Trump and Sen. Sanders as having a negative effect.ˮ

Nonetheless, some insist that the wait-and-see game among buyers is part of a normal cycle and not symptomatic of anxiety over a candidate.

“Generally, I think the market before any election is tumultuous primarily due to the precarious nature of the potential outcome,ˮ said Josh Schuster, the head of real estate firm Silverback Development.

Whoever wins, homebuyers in so-called blue states are in for a higher return in investment than their red state counterparts.

A report published in the Guardian said that home values in blue states have significantly outpaced homes in red states over the past three decades.

A survey by think tank The Futures Company and commissioned by the California Association of Realtors found that 70 percent of survey respondents who plan to buy a home would like the current presidential candidates to address how to make housing more affordable in their campaigns.

Across all incomes, generations, and races, consumers were strongly in agreement that housing affordability should be a top priority on the presidential campaign trail as candidates make their pitches for ballots in the lead-up to the November contest.

However, housing affordability and solutions to reduce the cost of living have received noticeably little attention this campaign season.

Other than releasing plans to increase the five-decades-low home ownership rate, Democrat Hillary Clinton and Republican Donald Trump, have not issued comprehensive housing policies, including action items to address the housing affordability crisis.