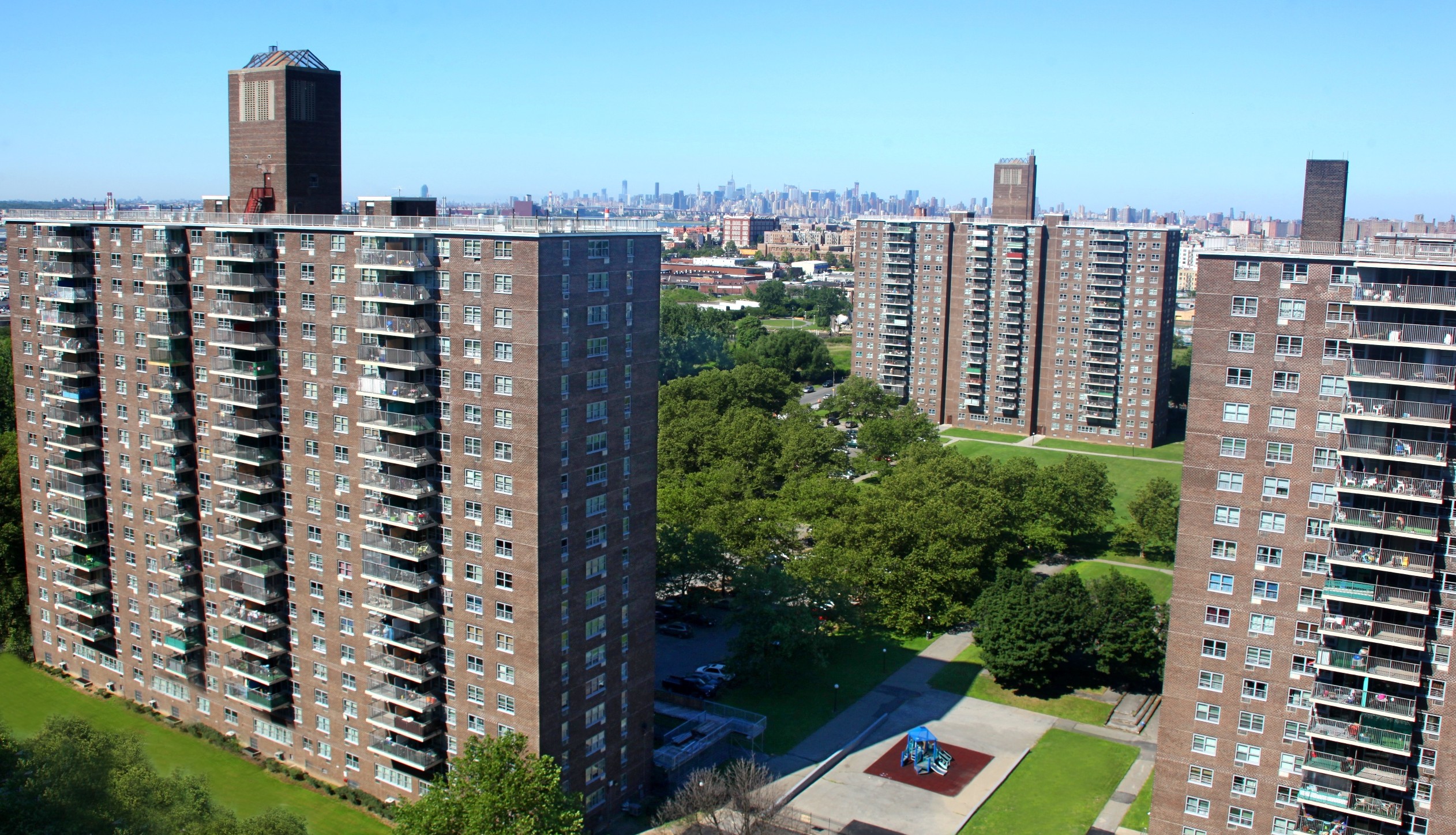 A $17 million renovation project has been completed in the Soundview neighborhood of the Bronx.

The 972-unit Lafayette Boynton complex has been given the massive overhaul by Nelson Management Group, through its investment arm Global One Investments led by principals Robert Nelson and Michael Gerstein, and L+M Development Partners, through its New York Affordable Housing Preservation Fund (NYAH).

After purchasing the 1.07 million-square-foot complex of rental properties – comprised of four, 19-story towers at 875 & 825 Boynton Avenue and 820 & 880 Colgate Avenue, at the edge of Soundview Park – in October 2011, Global One Investments and NYAH have  completed transformative renovations to all common areas, individual apartments, and landscaping, while also implementing significant green efficiency upgrades in a move to reduce the buildings’ overall carbon footprint.

The four buildings, managed by Nelson Management Group, are identified on the Bronx skyline by blue lights, which adorn the top of 880 Colgate Avenue. Blue lights will also be installed atop the other three properties at Lafayette Boynton, starting with 825 Boynton Avenue.

“These comprehensive improvements and additions have injected new life into the property, adding tremendous value and benefits –– including perks most often found exclusively in luxury buildings –– that all residents can enjoy for years to come,” said Robert. S. Nelson, president of Nelson Management Group and principal of Global One Investments.

“They also align with the transformation of this transportation-rich area of the Bronx, which is attracting a diverse demographic of new residents and high investor interest, complemented by major projects coming on line such as the highly-anticipated future York Studios, a new film studio that will bring Hollywood to the Bronx and directly across from Lafayette Boynton.”

Nelson added that the four new Metro-North Railroad stations slated for construction in the Bronx – particularly the stops at nearby Hunts Point and Parkchester – and the future expansion of the City’s ferry service to the Soundview waterfront further enhance Lafayette Boynton’s appeal as an easily accessible, prime location in this bourgeoning neighborhood.

Among the improvements were the renovation of all lobbies, hallways, and entryways designed by renowned Manhattan-based design firm Robert Cane Architects.

Ownership’s investment also included installation of a high-efficiency water system certified by NYSERDA’s Multifamily Performance Program, conversion of the fuel system from oil to cleaner burning gas for greater heater system efficiency, the installation of state-of-the-art security systems, replacement of all windows and lighting with energy efficient fixtures, and elevator modernization, among others.

The newly renovated one–, two–, and three–bedroom apartments feature hardwood floors, granite counters, stainless steel appliances, and plentiful designer closets by California Closets. In addition, all units above the second floor include balconies.

The residential complex is situated just outside Soundview Park, a 205-acre park on the Bronx River waterfront which recently underwent a $9 million renovation project.