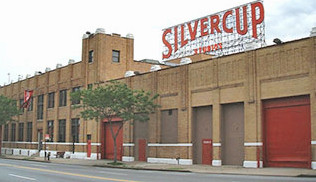 Twenty years ago, the world was introduced to a new platform that revolutionized the way we communicate.

It also left most of us scratching our heads. That was, of course, the Internet.
Back then, it all sounded very technical, futuristic, and impressively complex, but after a short while, we just tried to wrap our minds around “the information highway” the best we could and said, “um … go Internet!”

Soon after, we got smart. Or so we thought. The first-round business model was, at its heart, Internet equals money. Web site equals money.

So there we were, the world over, creating millions of Web sites, anticipating a glorious and insanely profitable windfall that would finally be the “golden ticket.” Even the word “website” created its own buzz simply because it existed.

For the most part, however, these websites did not in actuality support a viable business model, and very few people had concrete ideas about how to utilize this new communications forum.

Nevertheless, during this technological explosion, speculator investor money came pouring in by the truckloads.

This created a huge boom and bust, or as many of us remember, “the Internet bubble.”

Now, a decade later, new buzzwords such as “social media” and “content marketing” have risen to the forefront.

Only unlike the previous Internet revolution, there’s something tangible here — an evolution.

But as the old saying goes, the more things change the more they stay the same.

The role of public relations is as important as ever. Third party validation and earned media still matters. The challenge is finding the best ways to tell our stories through the mediums that have the world’s attention.

As an industry, real estate has traditionally lagged behind in terms of technology, but that tide is turning.

News and content is being consumed voraciously through social media — and faster than ever, often through smart phones and tablets — from readers spanning generations. And most stories today have shorter life cycles than ever, quickly replaced by the next.

For public relations professionals, we therefore must understand and embrace these new and emerging mediums.

Like other agencies, we continue to expand our digital services division, and brought on top talent to guide it, and equally important, to integrate those efforts into all of the agency’s work day in and day out.

For all of the wonderful things that social media can legitimately facilitate — a single story can in some cases find its way across the globe almost in a nanosecond — we still need to cultivate relationships and understand the market, develop and vet a real story that journalists will actually want to report, and then help ensure that our clients are ready, prepared, and available to reporters with insightful news, trends, and analysis.

Once those pieces are in place, social media can play a key role in spreading our message.

Take, for example, the recent news that Silvercup Studios, which has hosted television productions such as HBO’s “The Sopranos” and “Girls” at its Queens studios, purchased and has started to redevelop a 120,000 s/f production facility at 295 Locust Avenue facility in the Port Morris section of the Bronx.

What started as an exclusive story in The Wall Street Journal’s print and online editions not only led to coverage locally and nationally in other major media outlets, including TV, but exploded on Twitter both organically and through our firm’s social media efforts. We have friends in London, New Zealand, and other locales who told us they read the Silvercup expansion story.

This case study proves a holistic and proactive communications strategy that includes both public relations and social media can be a force multiplier more powerful than one that keeps both initiatives in silos.

Public relations and digital work together. Just being on social media alone is not enough — you need to know what people engage with, and why.

Social media is here to stay … for now. Tomorrow it may be something else.

But whatever it may be, our responsibilities are always to understand the stories and sources we support, the mediums being utilized, and working with reporters and outlets with intelligence, collaboration, and an entrepreneurial spirit.
What an evolution this has been — and continues to be.

City investment sales on course to hit $76B this year