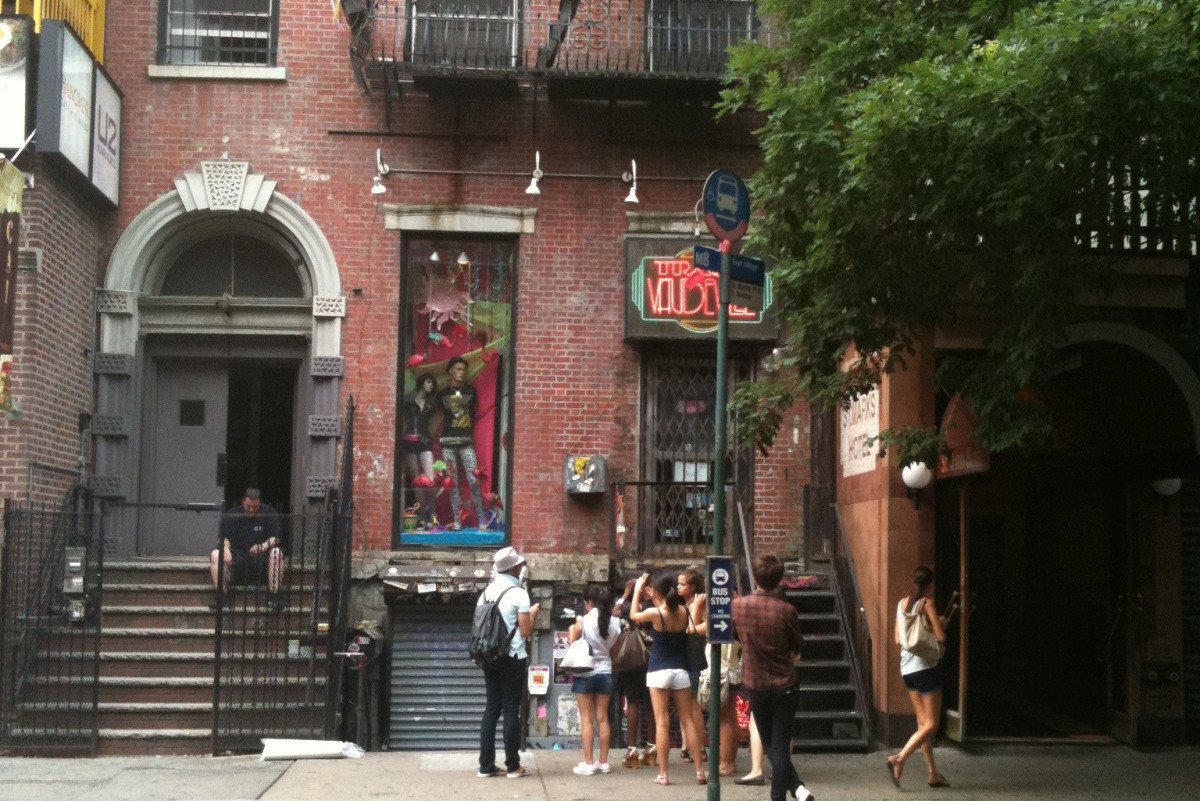 A building that was once the home of James Fenimore Cooper, the author of the famous novel Last of the Mohicans, is now on the market for $11.9 million.

The property, called the Hamilton-Holly House, has housed an impressive cast of characters. It was built in 1831. Its first owner was Alexander Hamilton, Jr., son of the Founding Father Alexander Hamilton. For nine years, it was the home for the elder Hamilton’s widow, Eliza Schuyler Hamilton, and the families of two of her children.

According to the historical introduction of the book Gleanings in Europe, Cooper moved into the property in 1835. “He had settled himself and his family comfortably in a large town house at 4 St. Mark’s Place, New York City, and was gradually renovating Otsego Hall, his recently repurchased boyhood home at Cooperstown, in the picturesque British style,” read an excerpt from the introduction.

From 1955 to 1967, it morphed into the underground theater, music and film venues Tempo Playhouse, New Bowery Theater and Bridge Theater. In 1966, the city’s Department of Licenses tried to close down the Bridge Theater after an American flag burning incident that was part of an anti- Vietnam War skit. A committee headed by poet Allen Ginsberg denounced the move, criticizing the “campaign of harassment to drive avant garde artistic endeavors out of the city.” The charges were dropped afterwards.

Eastern Consolidated is the exclusive broker for the landmarked, mixed-use property. It contains four free market apartments and has 5,668 s/f of retail space on the first and lower level. Since 1975, the building has been home to punk rock clothing store Trash & Vaudeville. The store, which counted Lou Reed, The Ramones and Blondie as frequent customers, will be moving to a new location.