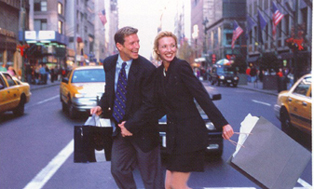 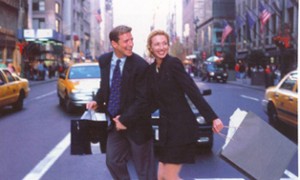 The retail vacancy rate for Madison Avenue in New York has made some big moves in the past two years, dropping from double digits to below 2.5 percent as luxury and fashion brands move into the market.

This high-street retail location has long been known for stiff competition, not only among consumers vying for the latest haute couture, but also among retailers competing for prime space and limited consumer dollars.

With a record-low retail vacancy rate on New York’s prime streets like Fifth Avenue, retailers are now expanding throughout the city as stronger growth prospects become increasingly attractive and obtainable.

New York contains nearly 57 million square-feet of retail space, the slimmest inventory of any major market in the United States. Currently, there are only 670,000 s/f of new supply under construction, leaving retailers looking for the “next” neighborhood.

“While their appetite for the best sites remains strong, the sought-after high-street space in the city will be limited through 2017, pushing retailers into new areas,”
JLL’s retail experts point to a few emerging New York submarkets that are catching the eye of domestic and increasingly European brands looking to expand.
Eataly, the mega Italian food market located off of Madison Square Park, is one the most visited tourist destinations in New York.

As the result of Eataly and several boutique hotels, the pedestrian foot traffic in NoMad has dramatically increased due to its prime location between Madison Square Park and the Empire State Building.

On Fifth Avenue (42nd-48th Street), institutional landlords are buying up all the real estate after retailers have learned that they can pay a third of the rent and still have heavy pedestrian foot traffic.

The revitalization of the World Trade Center and the surrounding area will afford a diverse group of retailers and restaurateurs an opportunity to expand into the once again thriving Financial District.

Westfield’s development of the retail space is a prime example of how to respectfully integrate a shopping center within a major tourist/visitor destination and a major office complex.

While trendy, budding areas of the city will continue to attract opportunistic retailers, and the following submarkets will remain top targets for more mainstream expansions efforts:

After many years of store openings, SoHo has achieved a critical mass of retailers. The area’s emerging brands and core luxury product attracts tourists walking and residents alike, with asking rents ranging from $400 – $1,200 PSF.

Madison Avenue (59th St. – 72nd St.) is the purest luxury shopping destination in New York. It feels like a curated collection of the retail elite with asking rents ranging from $800 – $1,200 PSF.

H&M just signed their largest lease in the world, at 63,000 square feet, and Victoria’s Secret and Gap’s number one stores in the country are located in this district.

Fifth Avenue (from 49th Street to 59th) remains prestigious and highly-sought after address is just steps from Rockefeller Center and presents a primary opportunity to push branding with asking rents commanding $3,000+ PSF.

New York has already attracted scores of international merchants, and JLL Retail expects European retailers to pursue opportunities in the market to advance their profitability and margins.

Cross-border investment is more palatable for retailers that have reached saturation in their native markets and are chasing diversification and growth.

“More than $9 million of retail sales happens every minute in the U.S., and total retail sales in New York exceeded $70 billion last year. There is great temptation for international brands to access the huge pool of potential new customers in the market,” said Paul Berkman, senior vice president, with Jones Lang LaSalle Retail in New York.

“So far this year we’ve conducted several tours with European luxury and boutique retailers looking to land space in New York. Retailers will continue to use New York to test and understand the receptivity of their offerings across borders.”