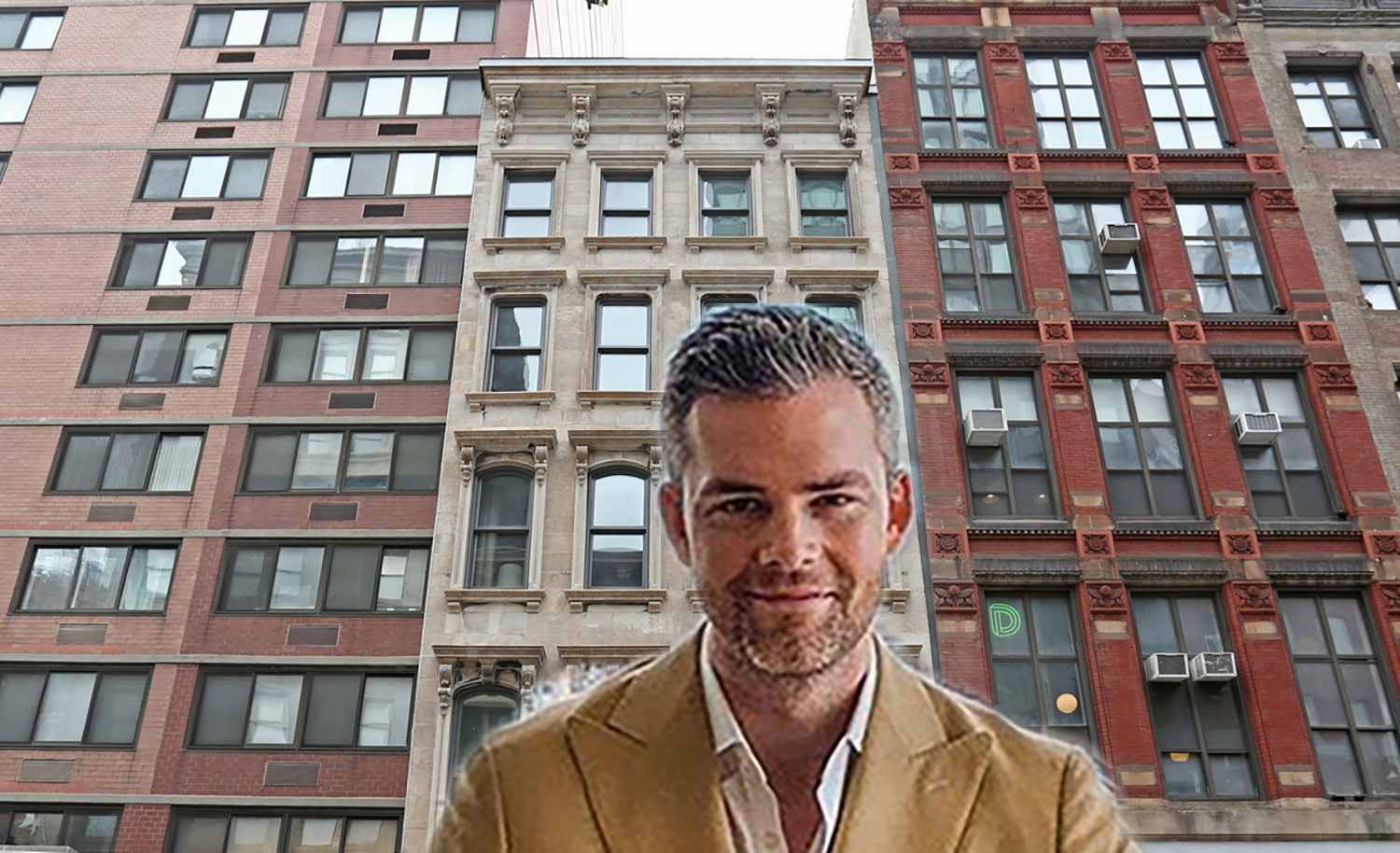 Serhant makes it to Broadway

The agent signed a lease for 15,000 s/f for his eponymous brokerage.  To be known as SERHANT. House, the firm’s headquarters will be a “multifunctional center that offers an experiential space, co-working space, and traditional office space for agents and clients.”

“We’re reimagining the brokerage business and wanted to find a home that brings to life a concept representative of who we are and who we want to be,” said Serhant.

“372 West Broadway is an iconic storefront in the heart of SoHo and we’re proud to call it the new SERHANT. House, but what’s even more exciting is giving our team a modern, social, experiential place to work.”

Situated across four floors, the first two floors will host a lounge area, an experiential space for clients – including a show kitchen and listings displayed on iPads – meeting rooms for agents and clients and co-working space for agents; the top two floors will house traditional office space for the firm’s administrative, marketing and creative teams.

SERHANT. Studios, the in-house production team for SERHANT., will occupy the ground-floor corner window on West Broadway and Broome Street, offering New Yorkers a first-hand view of their studio set.

SERHANT. has engaged INC. Architecture to build out SERHANT. House, which is expected to open Spring 2021.  Starting now, and for the duration of its renovation, SERHANT. House windows will be wrapped with iconic pop culture quotes and references to the city of New York, including from, Seinfeld, Friends and Jay-Z.

“At SERHANT., we shout about how much we love New York from the rooftops, and now we’re screaming it from our windows,” said Serhant.  “While SERHANT. House is under construction, we didn’t want to just cover the windows, we wanted to use that space to remind everyone how amazing and resilient this city is, and how it’s such an integral part of our culture.  We’re doubling down on New York.”

SERHANT. was founded in September 2020 by Texas-born and Massachusetts raised Serhant, who first moved to NYC in 2006 to pursue an acting career.

He worked as a stock photo model, hand model and played murdering Evan Walsh in the soap opera As the World Turns for a season before getting is real estate license as a means to eke out a living.

In his first year with Nest Seekers, he made just $9,000 but within two years, Serhant was listing a $118 million penthouse at the Ritz-Carlton, what was then the most expansive apartment in the city.

In 2010, he landed a spot on the reality real estate show Million Dollar Listing New York (MDLNY) and watched his business quadruple as fans tuned in to watch the high stakes business of buying and selling Manhattan homes.

“I went from being a broker with an assistant working with different brokers to having a team of seven agents and two full-time assistants and my own storefront office in Tribeca where I manage 17 agents,” Serhant told Real Estate Weekly at the time.

The lease was brokered by the Maglio, Shuster, Zisholtz Commercial Team at Douglas Elliman. Newmark represented Serhant. Terms were not disclosed.