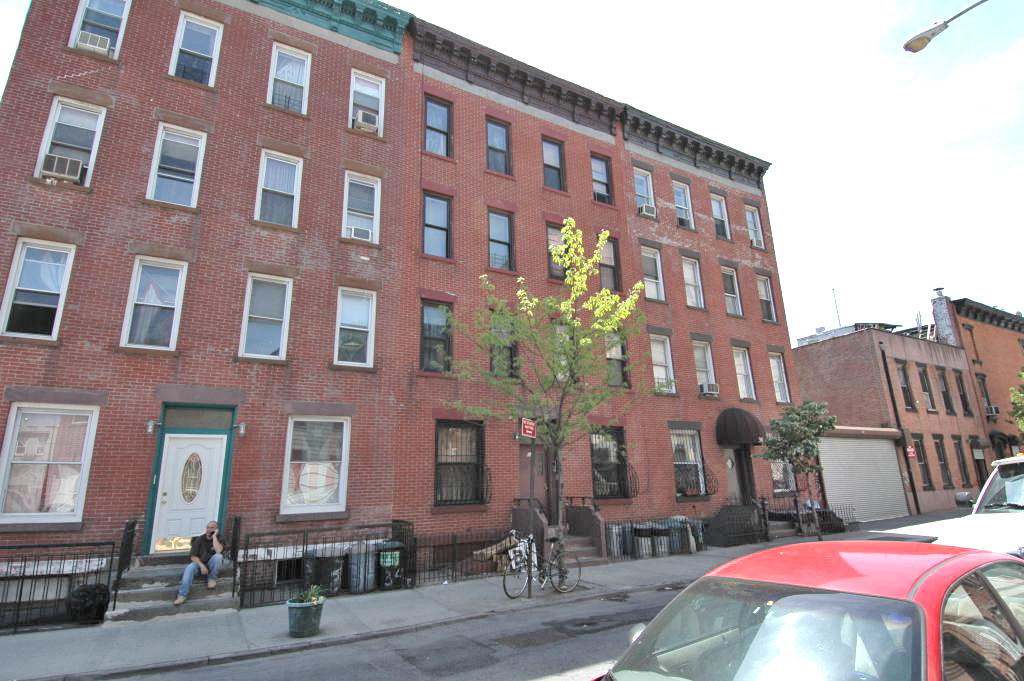 Silvershore Properties sold a 10-building portfolio of walk-up apartment buildings in Brooklyn and Queens to Related Companies for $39.4 million.

All 10 properties in the 66,500 s/f portfolio with 76-residential units and two stores, were acquired by Silvershore Properties over the last three years.

Silvershore Properties,  a multi-family owner, founded in 2008 by Jason Silverstein and David Shorenstein, owns nearly 85 properties in New York City, most of them in Brooklyn, and has plans to acquire more this year.

KABR Group and G&S Investors have sold a New Jersey shopping center for $60 million, according to sources.

“The Livingston Shopping Center represented an excellent opportunity to acquire a well-located Class A shopping center in an infill market,” Cruz said.  “These types of centers are in high demand and short supply.”

The KABR Group announced in January that it would partner with Jared Kusher to build a two 60-story towers in Jersey City.

The JV partners paid $28 million for the site at One Journal Square in Jersey City near the PATH station.

The two entities are also developing a site across the street as 30 Journal Square into a 40-story residential tower.

Founded by Kenneth Pasternak, Laurence Rappaport, and Adam Altman in 2008, the first two funds sponsored by the KABR Group raised $45 million each.

CBRE Group, Inc., New Jersey, has arranged the sale of the former site of the Elizabeth General Hospital in Elizabeth, N.J.

The 350,000 s/f former hospital spans a five-acre block and includes a parking structure with more than 500 spaces.

The team worked closely with the seller and the private, out-of-state, buyer.

The vacant hospital had been on the market for approximately 10 years, after Trinitas relocated the hospital to a new facility.

Though it was a complex transaction due to environmental concerns — which were heavily investigated prior to closing — CBRE was able to close the sale in 90 days from start to finish.

The buyer plans to redevelop the property into a multifamily and retail complex.

“The CBRE Tri-State Investment Properties team is one of the most active team of brokers in multifamily in the northern and central New Jersey markets, as well as in the overall Tri-State area, with this being our third sale of a vacant former hospital facility with plans for multifamily redevelopment,” said Klapper.

“We are excited to have had the chance to collaborate with our colleague Gil Medina, who was instrumental in dealing with the various municipalities on a local and state level in order to bring this deal to fruition.”

Situated on the corner where 6th Avenue, Bleecker Street and Minetta Street converge, the distinctively shaped storefront provides over 200 ft. of combined frontage.

The property has access to the West 4th Subway Station and Washington Square Park, and is part of collegiate life at New York University and The Cooper Union.

The retail condominium at 205 Bleecker Street was sold by Forest Hill Property Group for $9.75 million.

The Flatiron-type structure is a 6-story prewar building, with 40 residential co-op units, anchored by a full ground floor of retail which was previously home to American Apparel.  It was also Banana Republic’s first location in New York City, which it occupied for over 25 years.

The retail space is currently being marketed for lease by a team led by Ross Berkowitz of RKF.

The retail space consists of approximately 3,772 s/f on the ground level, with an additional 2,325 s/f of usable selling space on the cellar level.

“We look forward to leveraging our experience in this submarket, as well as expanding our relationship with the growing list of retailers throughout our national portfolio.”

Eastern Consolidated has been selected as the exclusive agent to sell a six-building multifamily portfolio located in the Prospect Lefferts Gardens and Flatbush sections of Brooklyn.

The asking price is $28.7 million for the package.

Gabriel Saffioti, director of Eastern Consolidated, and Nicole Rabinowitsch, director, are marketing the buildings, which are located at 332-334 Rutland Road and 104 and 110 Empire Boulevard in Prospect Lefferts Gardens, and 2708 Cortelyou Road, 2204 Clarendon Road, and 168 East 29th Street in Flatbush. Wade Hazelton, Associate Director, is the analyst on the project.

All of the properties are four-story walk-ups and together total approximately 98,284 s/f and feature 120 apartments. The buildings are  located near the B, Q, 2, and 5 subway lines.

“These buildings have been well-maintained by a long-time owner and are located on desirable blocks that offer investors a value-add opportunity with considerable upside,” Saffioti said.

“The three buildings in Prospect Lefferts Gardens are a short walk to Prospect Park, the Brooklyn Botanic Garden, Kings County Hospital Center, and SUNY Downstate Medical Center, while the remaining buildings are clustered in an area of Flatbush that is seeing new retail and other improvements.”

This is the latest addition to an aggressive year for Eastern Consolidated in the Brooklyn investment sales market. They have now facilitated in excess of $450 million worth of transactions in the borough this year.

Stan Johnson Company,  a national net lease investment brokerage firm, has completed the sale of a Valley National Bank (VNB) building located at 2902 Avenue U Brooklyn, NY  to VNB for $7,625,000.

Jason Maier, a director in the Stan Johnson Company’s New York office, represented the seller/developer, Re/Max Metro, and Michael Blum of CBRE, the exclusive broker for VNB, represented VNB in the transaction.

Maier commented, “Our extensive database of both investors and brokers yielded 63 written offers in less than four weeks, allowing us to achieve the highest price per square foot ever sold in the area.

“Ultimately Valley National Bank elected to purchase their own property. We would like to stress this was not done through a ROFR. VNB competed directly with 1031 exchange buyers and simply outbid its competition. This was truly a win-win. ”

Valley National Bancorp is a regional bank holding company headquartered in Wayne, New Jersey with over $19 billion in assets.

A day in the life of billion dollar broker Jacky Teplitzky