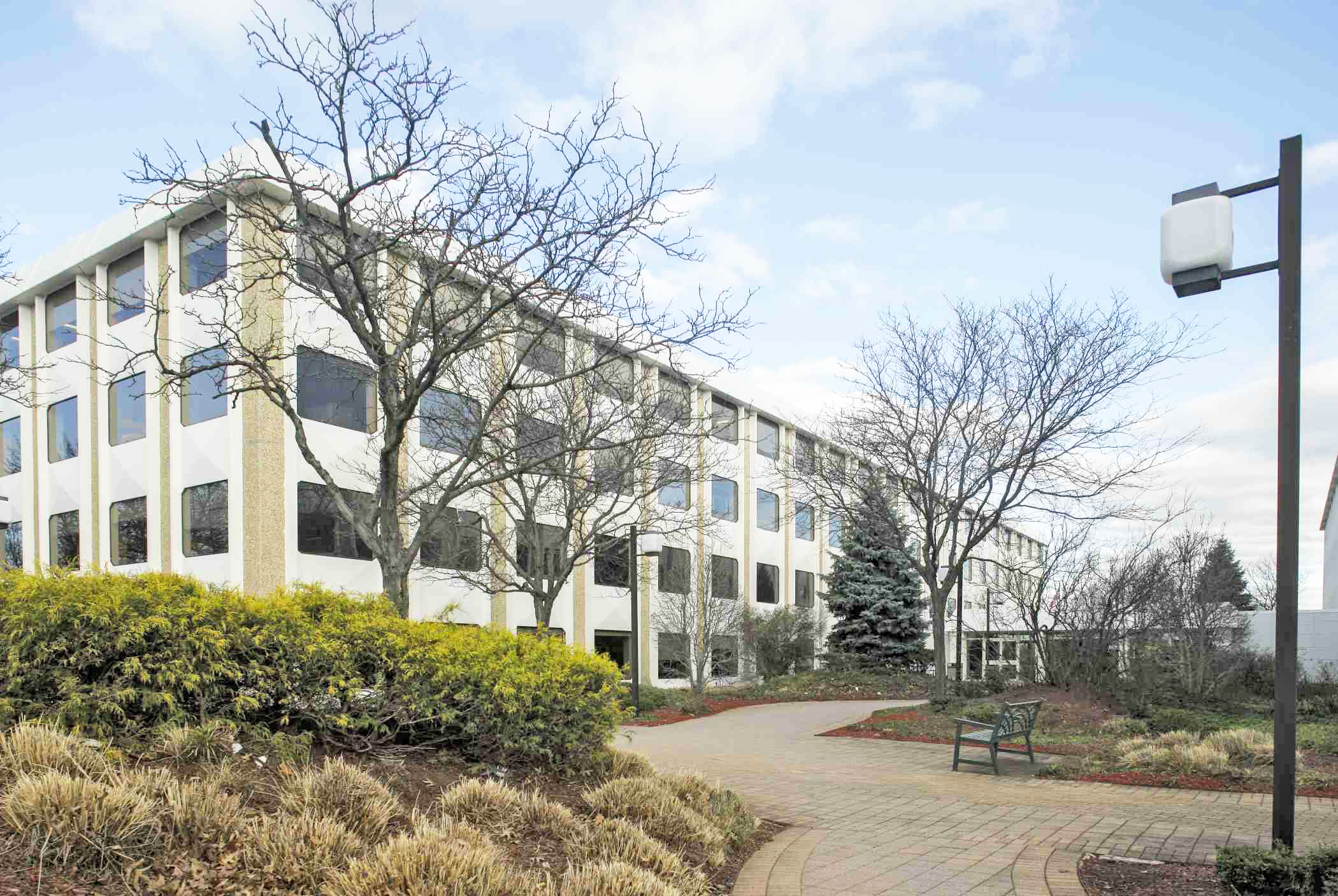 Treeline, a developer, owner and investor, in a joint venture with The KABR Group, has acquired the four-story, 408,000 s/f office property at 3 Huntington Quadrangle (3HQ) in Melville, NY, from Hines REIT for $35.775 million.

The property, which Hines acquired in 2007, is located in Western Suffolk County, one of the largest office submarkets on Long Island.

It is comprised of two four-story office wings connected by a central lobby, totaling 408,000 rentable square feet of office space.

“We are delighted to partner with The KABR Group in the acquisition of this prime asset, as both companies expand their respective footprints on Long Island,” said Michael Schor, chief investment officer of Treeline.

“The building’s prime location along the Route 110 corridor and strong tenant base made 3HQ an attractive investment. Treeline and KABR were able to leverage our respective reputations in the market to obtain favorable terms for our acquisition.”

The property, which counts Northwell Health, Travelers Insurance Company, Santander Bank and Amtrust Bank as major tenants, was 95 percent occupied at the time of acquisition.

Adam Altman, a managing partner of The KABR Group, said, “Our joint venture with Treeline is going to build on 3HQ’s strengths and create additional value through a capital improvement plan that will include new elevators, parking areas and other amenities to enhance the tenant experience at 3HQ.”
Financing for the acquisition was obtained through Wells Fargo Bank, N.A., which provided first mortgage financing. Terry Livingston and Jeffrey Schor represented the lender.

Rosewood Realty Group announced the sale of a five-building Brooklyn multifamily portfolio for $89 million, or $366 per square foot.

The buildings, which collectively span about 243,000 s/f, are scattered around Prospect Park – in neighborhoods such as Kensington, Prospect Lefferts Gardens and Prospect Park South. It contains 265 apartments, most of which are rent-stabilized.

Aaron Jungreis represented both the buyer, A&E, and the seller, Sentinel Real Estate Corporation, which acquired each of the buildings separately from 2006 to 2008 for a total of $37.7 million, according to property records.

The price equates to nearly $350,000 per unit. The going-in capitalization rate is about five percent. The buildings sold for 16.25 times the current rent roll.

Urban Edge Properties has entered into a $32 million contract to acquire the leasehold interest in the Shops at Bruckner, a 114,000 s/f retail center in the Bronx, NY.

The asset is located directly across White Plains Road from the company’s 387,000 s/f Bruckner Commons.
Urban Edge owns the land under the shops and has been leasing it to the seller. Marshalls, Old Navy and other value retailers anchor the property.

Bruckner Commons is undergoing a $38 million redevelopment anchored by the first ShopRite grocery store in the Bronx.

Acquisition of the leasehold will bring the 501,000 s/f retail destination under a single ownership.
The acquisition is expected to close in the first quarter of 2017 and includes assumption of a $12.7 million mortgage.

A multifamily elevator building at 515 West 168th Street in Washington Heights sold for $18.2 million.
The property was previously purchased for $6.275 million in 2010 by Castellan Real Estate Partners.
The six story building contains 40,185 ss/f and consists of 84 one-bedroom and studio apartments. The sale price equates to approximately $452 per square foot.

The purchaser was a joint venture between Urban American and Dixon Advisory.

“515 West 168th is ideally located just 1 block from Columbia Presbyterian Hospital across the street from the newly constructed Edge Hotel, and just 1 block from the express subway. The ability to acquire 84 residential units in such a strong location was highly competitive as investors are eager to participate in the thriving residential market place,” said Shapiro.

“We had the opportunity to capitalize on the growing demand for rental product in a strong real estate environment,” said Etan Slomovic, managing director of Castellan Real Estate Partners.

GFI Realty Services has brokered the $11 million sale of two multifamily buildings in the Williamsbridge section of The Bronx.

A single lot, the property consists of two pre-war apartment buildings and an antenna. The five and six-story walk-ups have 74 apartments.

“Many parts of The Bronx are among the most attractive residential neighborhoods in New York City because of their affordability and easy accessibility to Manhattan via mass transit,” said Moskowitz.

“This property received strong interest from investors who recognize the unique investment opportunity to acquire a cash-flowing residential asset of this size that is ideally located near bus and subway lines. Williamsbridge continues to mirror the increased interest that the rest of The Bronx is seeing from both new investors and residents alike.”

The family of the property’s seller, Michael Kanner, has been in possession of the property for more than 30 years. Buyer Dov Rakower, of Tamrak Management, saw it as a unique investment opportunity, and intends to renovate and upgrade the site.

Cushman & Wakefield and Robert Douglas have been retained to sell the fee-simple interest in the Bryant Park Development site located at 34-36 West 38th Street in Midtown South.

The current plans call for a development containing over 53,000 s/f of gross buildable area. The site
will be delivered as a close to shovel-ready lot with the as-of-rightability to improve with multiple uses, including hotel or office.

Investors are presented the option to either adopt existing design plans for a 114-key boutique hotel concept, or to utilize the site as a blank canvas and start from scratch.

The sale of the site is being administered by the United States Bankruptcy Court for the Southern District of New York. The bid deadline is January 10, 2017.

On behalf of Flushing Bank, Cushman & Wakefield has sold a development site at 159-18 Northern Boulevard in Flushing, Queens to a local user for $13,250,000, or $341 per buildable square foot.
Stephen Palmese exclusively handled the transaction with Stephen Preuss.

The approximately 28,764 s/f lot has over 112 feet of frontage along Northern Boulevard and about 55 feet along 159th Street, both heavily-trafficked commercial roads.

Sitting within an R5B/C1-2 zoning designation, the site has around 38,831 s/f of remaining air rights. The lot is currently improved by a two-story, 9,213 s/f commercial building.

“We continue to see very aggressive pricing and high demand for quality development sites along the Northern Boulevard corridor as shown by this record-setting price,” said Preuss.